Satisfy your sweet tooth without calories? Artificial sweeteners give you all the benefits of sugar without the gut-busting consequences. It's the perfect win-win.

Except when it's not. Artificial sweeteners have been shrouded in controversy ever since saccharin, the first no-cal sweetener, was discovered in 1878. Even then, public health advocates questioned whether these lab-created sweeteners were truly safe; saccharin, after all, was discovered by a chemist working with coal tar, a carcinogenic material.

Nearly 150 years—and an infinite number of conflicting studies—later, the issue still isn't settled. The European Food Safety Administration, after an exhaustive review of the literature on aspartame, declared at the end of 2013 that the sweetener is safe at current exposure levels and doesn't cause cancer. The advocacy group Center for Science in the Public Interest, meanwhile, decried that decision as a total "whitewash."

So, to sweeten or not to sweeten? If your goal is to lose weight, these artificial sugars can help you drop calories. But like most inventions of the chemical and food industries, artificial sweeteners aren't living up to their promises. Cancer concerns aside, researchers are finding new reasons that these no-cal taste enhancers are posing undue health risks without fulfilling the promise of helping you lose weight. Here are seven…

1. They trick your taste buds.

Artificial sweeteners, even natural ones like stevia, which comes from an herb, are hundreds, sometimes thousands, of times sweeter than sugar, says Anne Alexander, editor of Prevention magazine and author of the new book, The Sugar Smart Diet. Sucralose, sold under the brand name Splenda, is 600 times sweeter than table sugar, and neotame, an emerging alternative to aspartame, is 7,000 times sweeter. Stevia is 200 to 300 times sweeter than table sugar. "And evidence suggests that exposing your taste buds to these high-intensity sweeteners makes them less receptive to natural sources of sweetness such as fruit," says Alexander. When your taste buds get dulled, you're more likely to seek out sweeter and sweeter foods.

Susan Swithers, PhD, professor of behavioural neuroscience at Purdue University and a leading researcher on artificial sweeteners, says that your gut gets confused when you eat zero-calorie-but-super-sweet artificial sweeteners. The sweet taste sends a signal to your gut that something high calorie is on its way, so your gut anticipates foods that do, in fact, have a high calorie count. But when those don't arrive, your gut doesn't utilize the foods efficiently, and that causes a cascading effect that interferes with your body's hunger signals.

3. They mess with your hormones.

Part of that cascading effect has to do with the hormone insulin. When you taste sweet foods, even if they have zero calories, your body still releases insulin as if you'd eaten sugar. Insulin leads to blood sugar spikes, which increase cravings. Swithers' research has also suggested that artificial sweeteners prevent your body from producing GLP-1, a hormone that controls blood sugar levels and feelings of satiety. Combined, the two haywire hormones could be causing you to feel hungrier and eat more.

4. They make you overeat.

It's not just a biochemical reaction that leads artificial sweeteners to pack on the pounds. Natasha Turner, ND, author of The Super-Charged Hormone Diet, says that artificially sweetened foods could trick you into overeating because of they way they feel in your mouth. "The taste and feel of food in our mouth influences our learned ability to match our caloric intake with our caloric need," she says. High fat, high sugar foods taste both sweet and dense, signalling to your brain that they're high calories. But artificially sweetened foods often have a thinner consistency and texture than sugar-sweetened foods and thus, aren't as satisfying. "Our natural ability to control how much we eat and, therefore, our body weight may be weakened when this natural link is impaired by consuming products that contain artificial sweeteners," she says.

5. They increase the risk of diabetes.

The two above, combined, could explain why a number of studies have found that diet soda drinkers are at an increased risk of developing type 2 diabetes. Researchers aren't clear as to why they're seeing this relationship, whether it's the fact that people eat other unhealthy foods that undo any calorie-saving effects of a no-calorie drink or if it's something biological related to the drinks' artificial sugars. But something is obviously amiss: A recent study from the University of Texas found that people who drank diet soda were 65 percent more likely to be overweight than people who drank no soda and, more bizarre, they were more likely to be overweight than people who drank regular soda.

6. They're polluting your water.

Artificial sweeteners are meant to be hearty—they're designed to withstand the harsh conditions of your body so they won't break down and add calories. Because they're so potent, they don't break down in the environment, when exposed to light, oxygen and microbes, either. In a 2009 study published in the journal Environmental Science & Technology, Swedish researchers detected sucralose and acesulfame K in treated wastewater, including samples that were pulled from a municipal water-supply source. They also noted that the artificial sweeteners hadn't degraded in wastewater sludge after a period of seven hours. Canadian researchers got the same results four years later; sucralose and acesulfame were found in each sample drawn from a river that collects wastewater from 33 different treatment plants.

As if the preceding six reasons weren't enough to turn you off artificial sweeteners for good, here's one more: They're yet another source of genetically modified crops in your food. Artificial sweeteners such as sucralose, aspartame, neotame, and erythritol can all be made from corn, soy, or sugar beets. In the United States, the vast majority of those three crops have been genetically altered to resist or produce harmful pesticides. 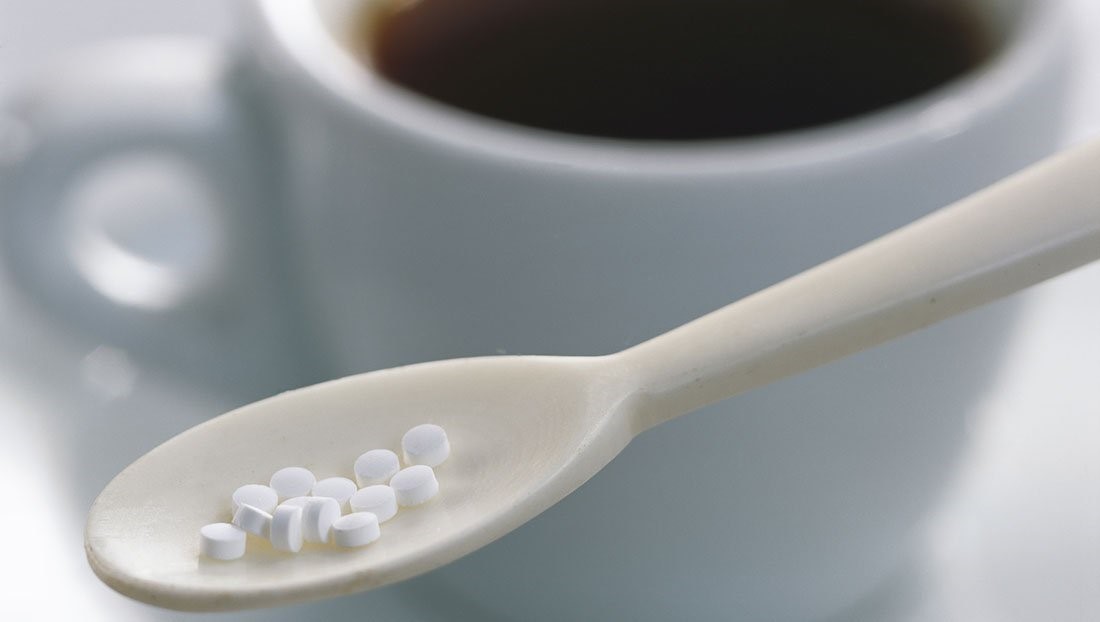 So, you think you are something good and "healthier" by cutting out refined white or even brown sugar and you are adding artificial sweeteners to your diet - either for health reasons (overweight, dia... 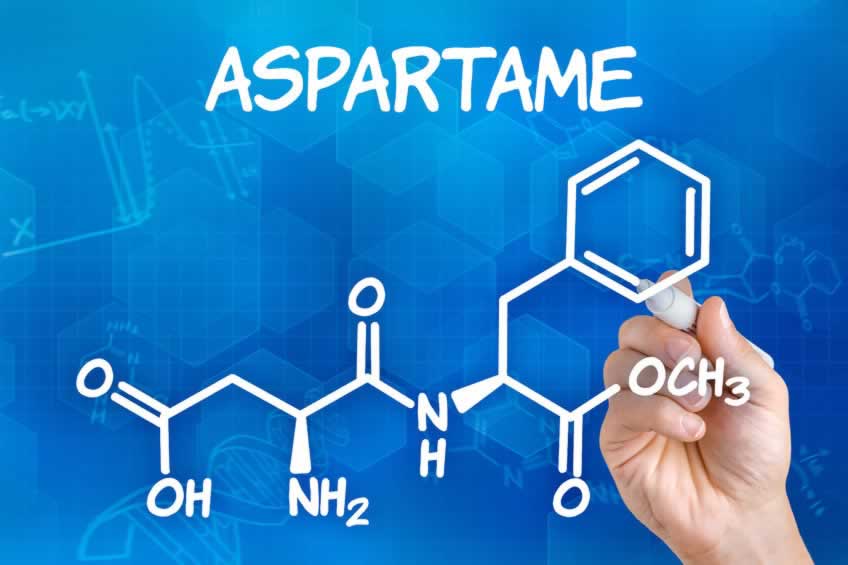 YOU HAVE A RIGHT TO KNOW! Your Family and friends have a right to know too! A MUST READ, especially if you are planning a family or have young children OR M.S! In October of 2001, my sister sta... 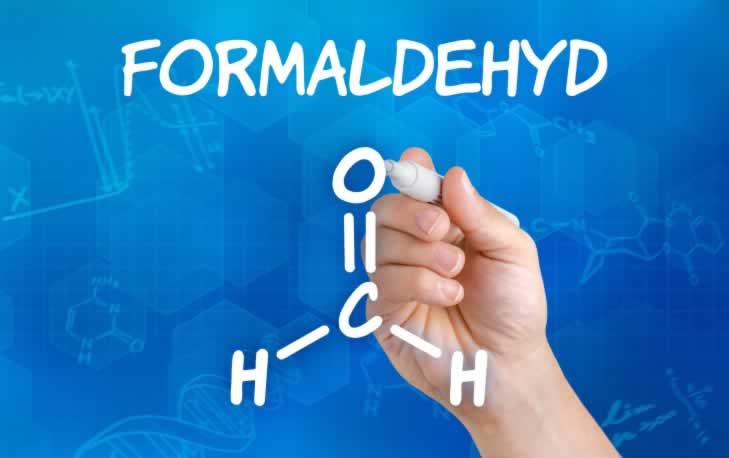 Warning! Graphic Material Introduction by author Carol Guilford "In any such study of even a few hundred test animals, it takes no more than a dozen or so of them to exhibit a particular lesion to ass...

What Happens to Your Body 60 Minutes After a Sugar Binge Sweet snacks and chocolate are synonymous with rewards today or even as a means of providing a quick “meal”.  But in truth, th...