Which Cells Are Important in The immune System?

How Do The Cells in The Immune System Work Together?

There are several types of white blood cells that have specialised in different ways to fight infection:

Some cells act like foot soldiers or infantry; there are lots of them, they deploy rapidly so they are the first cells to arrive at an infection, but they don’t target or control the immune response. Some kinds of white cells that behave like this are so-called natural killer cells, neutrophils and granulocytes.

B-lymphocytes are like archers. They produce antibodies, small proteins that float around the entire body that very specifically recognise a particular kind of infection or abnormal cell. When an antibody sticks to a target, it acts like a flag and attracts the attention of other immune cells that then destroy the abnormal cell or bacteria. Vaccines work by instructing B-ymphocytes to make antibodies against a particular bug or virus. These are so specific however, that even small changes in the bug or the abnormal cell mean that the antibody doesn’t work. For example this is why you need to take a new flu shot every year; as the influenza virus evolves and changes, so to must we evolve and change the vaccine to give us protection.

Different Types of Blood Cells of The Immune System

T-lymphocytes are the second kind of lymphocyte, and come in two super special groups; commanders and commandos. T-lymphocytes don’t make antibodies, rather they make a similar kind of protein that sticks to the outside of the T-lymphocyte that is then used like a flashlight to examine each cell that the T-cell comes in contact with. Some T-lymphocytes (CD4) act as commanders of the immune system. They tell the immune system when to attack and when to retreat. People suffering HIV/AIDS lose these CD4 T lymphocytes and so their entire immune system is affected. People with HIV/AIDS suffer many cancers, and amazingly, if we can treat the HIV/AIDS with anti-viral drugs and restore the CD4-T-lymphocytes, then these people can see their cancers be cured. The other kind of T-lymphocytes (CD8) are like commandos; when they recognise a target cell they deploy a range of weapons to directly kill the target. It is these CD8-T-lymphocytes that appear to be the most important cells for killing cancers. 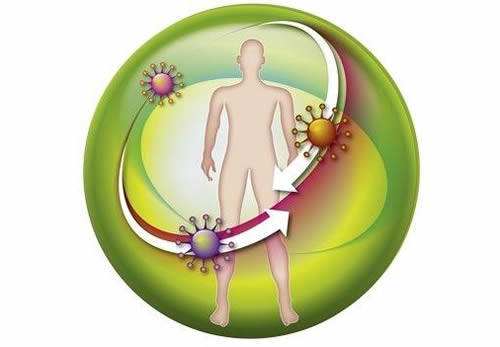 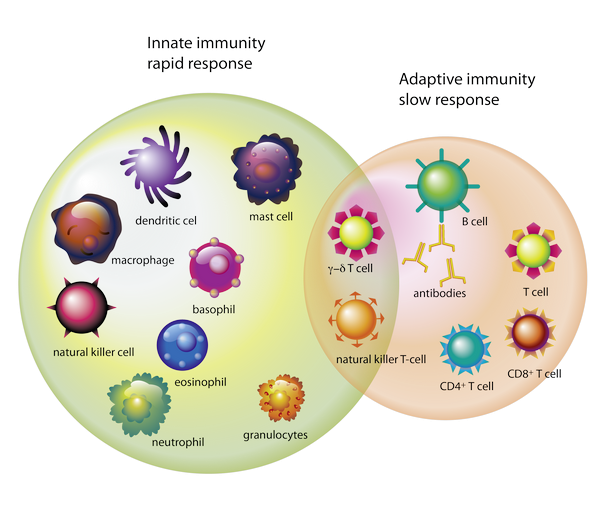