What is Vitamin B3 Niacin

Niacin is also known as vitamin B-3 and helps your body convert food into energy, plays a role in sex and stress hormone production, reduces cholesterol and improves circulation. Many vegetarian foods contain a healthy dose of niacin and can help you meet the daily intake recommendation, which is 14 milligrams to 16 milligrams.

Nuts and Seeds
Nuts and seeds are good alternative sources of protein in a vegetarian diet, and they also contribute to your daily niacin intake. One cup of roasted almonds contains 5.9 milligrams of niacin, and peanut butter contains about 4.3 milligrams per 2-tablespoon serving. Ginkgo nuts have 5.6 milligrams per cup, and 1 cup of sunflower seeds contains nearly 9 milligrams.

Tomatoes
Tomatoes and tomato products contain niacin and are part of a healthy vegetarian diet. A raw tomato contains roughly 1 milligram of niacin, and a 6-ounce can of tomato paste contains 5.2 milligrams. Canned tomatoes contain up to 3.6 milligrams per cup. Tomato juice will also increase your niacin intake with nearly 2 milligrams per cup.

Take a look at the charts alongside:  Natural Sources of Vitamin B3 and Other Vitamin B3 Foods to make sure you are including these foods in your daily diet. 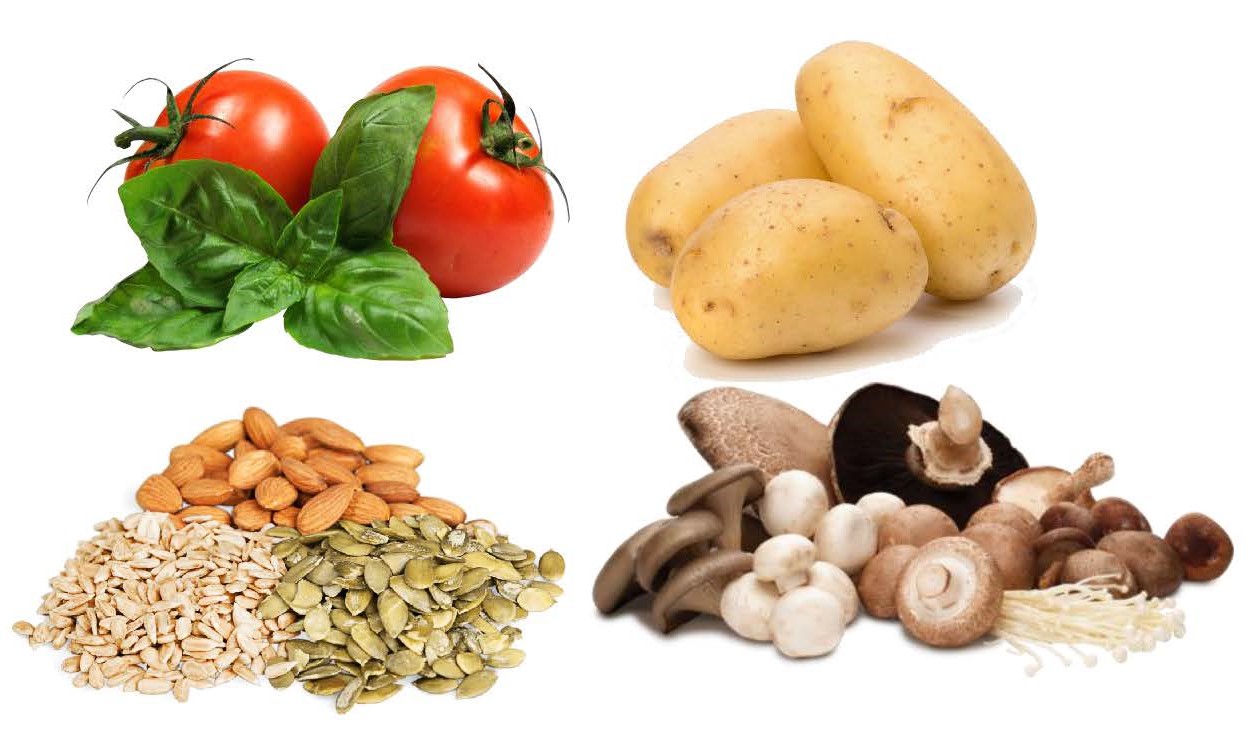 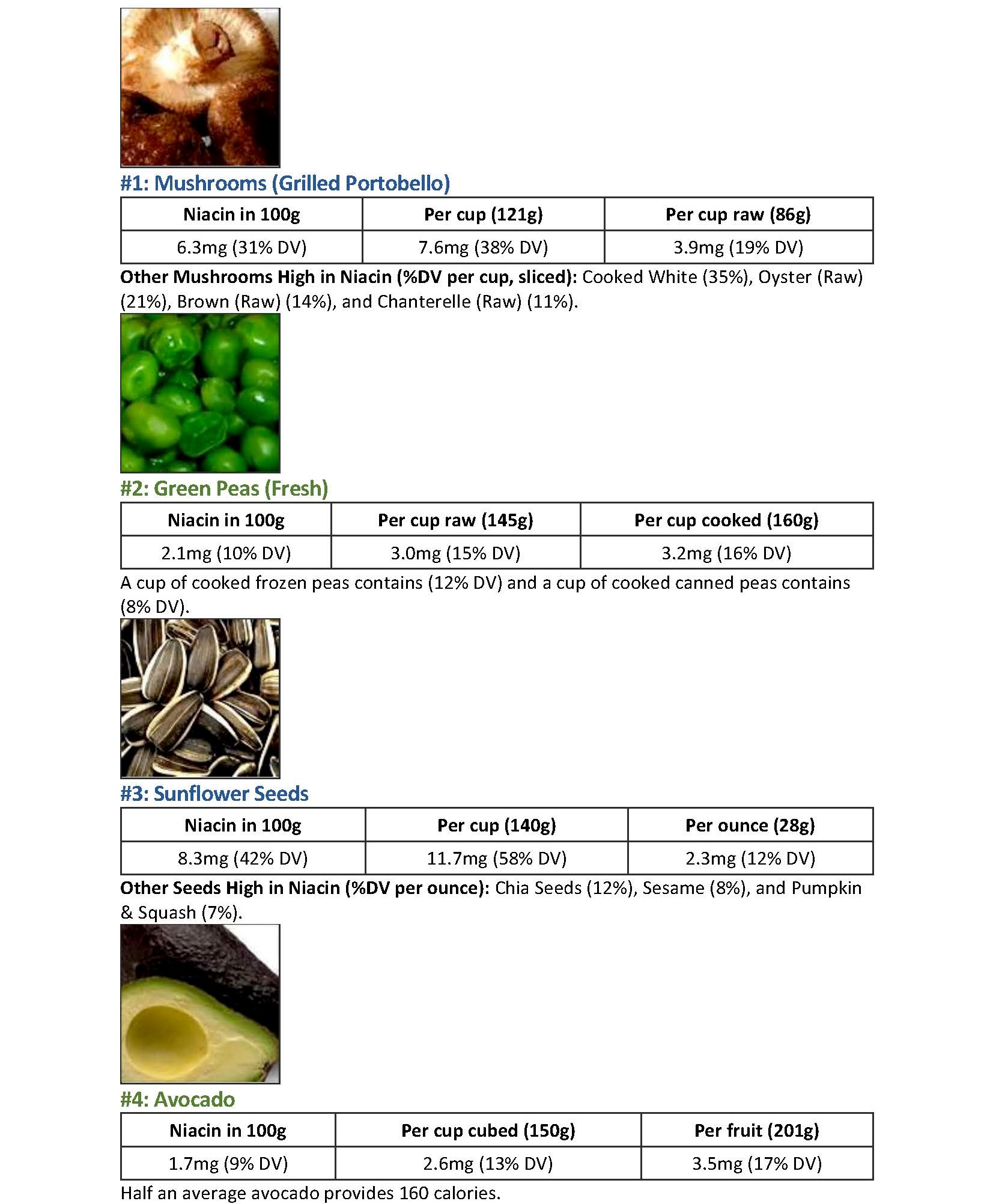 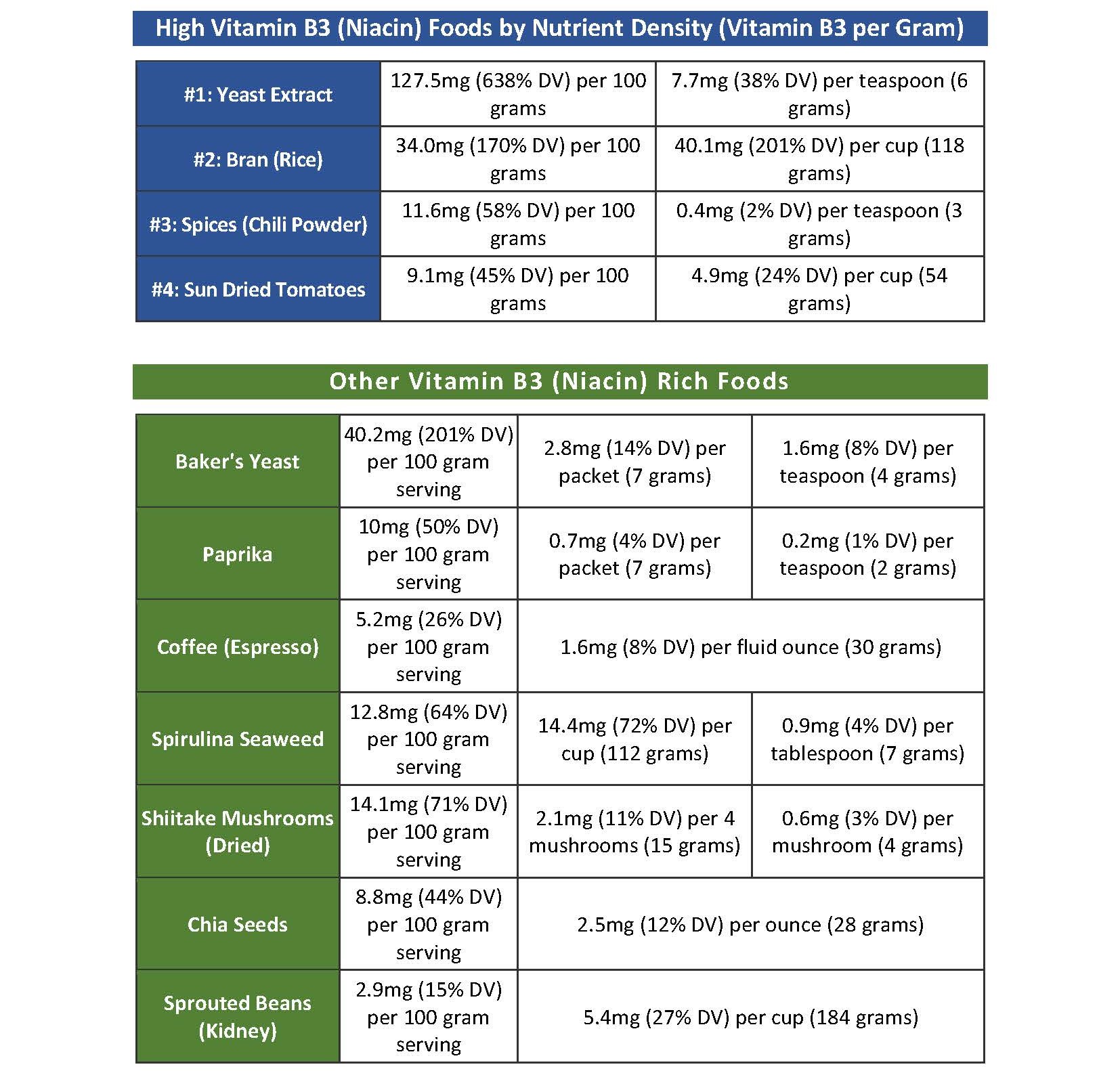