Turmeric comes from the root of the Curcuma longa plant and has a tough brown skin and a deep orange flesh. Turmeric has long been used as a powerful anti-inflammatory in both the Chinese and Indian systems of medicine. Turmeric was traditionally called "Indian saffron" because of its deep yellow-orange color and has been used throughout history as a condiment, healing remedy and textile dye.

Turmeric has a peppery, warm and bitter flavor and a mild fragrance slightly reminiscent of orange and ginger, and while it is best known as one of the ingredients used to make curry, it also gives ballpark mustard its bright yellow color.

Inflammation and the presence of pro-inflammatory cytokines are associated with numerous chronic diseases such as type-2 diabetes mellitus, cardiovascular disease, Alzheimer’s disease, and cancer. An overwhelming amount of data indicates that curcumin, a polyphenol obtained from the Indian spice turmeric, Curcuma longa, is a potential chemo-preventive agent for treating certain cancers and other chronic inflammatory diseases.

Dr. Ali Majid conducted some experiments with turmeric some decades ago.   He states “My interest in turmeric was aroused some decades ago when one day I absent-mindedly asked my wife why she uses turmeric when cooking her curries. “Because they last longer with it than without it,” she had replied in a matter-of-fact way. Intrigued by that comment, I conducted some experiments with very weak solutions of turmeric. I found out that extremely weak solutions of that spice added to freshly prepared smears of blood of chronically ill patients can break up plasma and blood clots. Comparative experiments conducted with a weak solution of ginger yielded similar results. In earlier published studies, I had reported similar observations made with weak solutions of vitamins C and E, as well as taurine, an antioxidant”.

Both turmeric and ginger are highly regarded by hakims (naturopathic physicians) in Pakistan. Of course, both spices have been used for the treatment of cancer (and many inflammatory and degenerative disorders) in Ayurveda and in traditional Chinese medicine since antiquity.

The Institute of Integrated Medicine validated the empirical findings of the ancients concerning the effectiveness of those two remedies in many clinical disorders.

A paper written by the distinguished Professor Bharat B. Aggarwal and his colleagues at the Cytokine Research Laboratory of the University of Texas M. D. Anderson Cancer Center in November 2005 reported that curcumin — an active ingredient of turmeric — exerts its beneficial effects by changing the activities of a broad range of biologic mediators of inflammatory and healing responses.

The important bioactive substances in turmeric and ginger include those involved with:

1. Oxygen homeostasis;
2. The death of cancer cells by a process called apoptosis;
3. Enzymes of crucial importance in the immune system;
4. The metabolism of essential fatty acids; and
5. Various other healing responses.

Turmeric (Curcuma longa), the bright yellow of the spice rainbow, is a powerful medicine that has long been used in the Chinese and Indian systems of medicine as an anti-inflammatory agent to treat a wide variety of conditions, including flatulence, jaundice, menstrual difficulties, bloody urine, hemorrhage, toothache, bruises, chest pain, and colic.

Spices should not be taken in therapeutic doses daily for extended periods of time. Thus, a weekly rotation of turmeric and ginger in the recommended doses is appropriate as a general guideline. Both spices, of course, can be taken concurrently for up to four weeks for acute inflammatory and infectious processes. 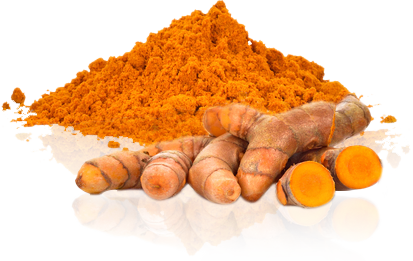 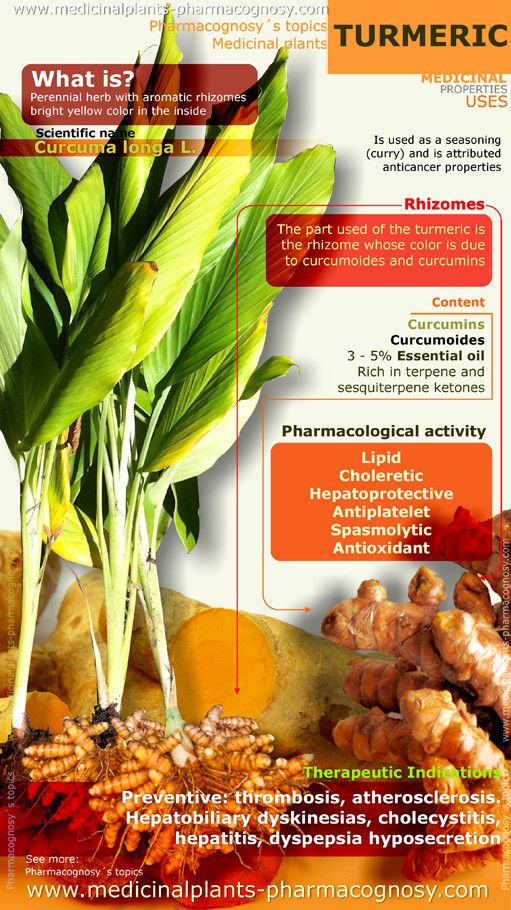