Beyond The Mind-Body Connection....

People who are holistically minded often refer to the mind-body connection. They are suggesting that they have discovered a conduit between our mental and physical being. Many react in surprise when I challenge this term and suggest that there's no connection at all. Having never been accused of being a classical or reductionist thinker, my statement causes considerable consternation.

My position is as follows: The universe appears to be essentially inseparable whereby everything interpenetrates everything else. As odd as it may seem, it appears that all divisions and boundaries are simply matters of our thought's construction. Bewildering and as counterintuitive as it sounds, nothing appears separate from anything else in the quantum world. Moreover, the same seems to apply in our everyday macro world. If we proceed from this underlying assumption of the emerging sciences, then the word connection loses its basis. If there's no separation, there's no need for connection. The way that we utilize language very much informs our reality. Therefore, I resist using the word connection since it misinforms me.

Although the notion of a mind-body connection is a far cry from traditional medicine, which views the mind and body in a dualistic dichotomy, it doesn't go quite far enough. Mind and body appear to be simply differing aspects of the same whole. As the head and tail of a coin are not separate, but differential points of the same coin, mind and body are thoroughly entwined and inseparable. Where one leaves off and the other starts is a consideration rooted in the outdated belief of cause and effect.

If we could only see our fingers in their separation and had no vision of the hand that grounds the fingers, we might be speaking of the connection between our fingers, not understanding that they are all part of the same hand, no less the same body.

The classical approach to mental health asserts that one's brain chemistry will affect one's thoughts and emotions. Alternatively, the noted physicist David Bohm, conjectured several decades ago that the repetitive nature of thought could in fact alter the brain chemistry. This assertion is clearly in opposition to the notion that our serotonin levels underlie our depression.

Cutting edge neuroscience is now confirming Dr. Bohm's conjectures. In other words, the continued replication of negative or self-critical thinking literally changes one's brain chemistry. Having done so, the altered chemistry then loops back in and serves to continue the negative thinking through a depressed emotional state. The habitual thought actually creates a groove in our thinking and in our being. Although anti-depressants may well alter the brain's chemistry, the cognitive and emotional aspects of the struggle are ignored, leaving the individual with hopefully an improved symptomology, but far from healed. From this vantage point we might see that the mental (thought) and the physical (brain chemistry) are more than connected; they are once again differing aspects of the larger whole.

In many circumstances it is the nature of one's thought that manifests the physical and emotional symptoms. I have enjoyed considerable success in helping individuals re-envision their relationship with their thinking, resulting in improvement in their emotional well-being. The mental, emotional, physical and spiritual planes all penetrate and overlap one another. An impact in one plane has immeasurable affect on the others. The leverage for change is varied and infinite and can be accessed from a vast array of approaches, for everything truly appears to interpenetrate everything else. In a quantum and inseparable universe, the notion of connection, let alone separation is merely a trick of the mind. Moving beyond notions of connection toward unfolding wholeness clears the path for our greater emergence. 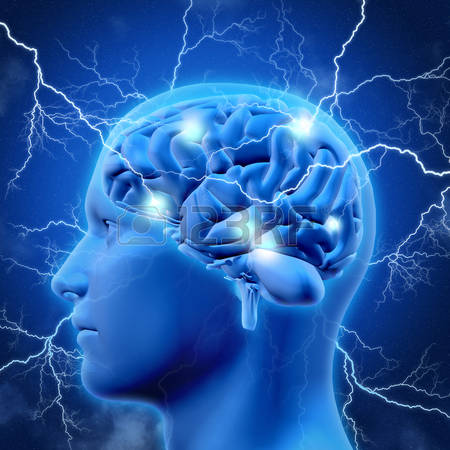