The Body-Energy Clock is built upon the concept of the cyclical ebb and flow of energy throughout the body. During a 24-hour period (see diagram that follows) Qi moves in two-hour intervals through the organ systems. During sleep, Qi draws inward to restore the body. This phase is completed between 1 and 3 a.m., when the liver cleanses the blood and performs a myriad of functions that set the stage for Qi moving outward again.

In the 12-hour period following the peak functioning of the liver—from 3 a.m. onward—energy cycles to the organs associated with daily activity, digestion, and elimination: the lungs, large intestine, stomach/pancreas, heart, small intestine. By mid-afternoon, energy again moves inward to support internal organs associated with restoring and maintaining the system. The purpose is to move fluids and heat, as well as to filter and cleanse—by the pericardium, triple burner (coordinates water functions and temperature), bladder/kidneys and the liver.

Lessons Based on the TCM Body Clock

According to Traditional Chinese Medicine, when one organ is at its peak energy, the organ at the opposite side of the clock, 12 hours away, is at its lowest ebb. For example, between 1-3 a.m., the liver reaches its peak, doing its work to cleanse the blood, while the small intestine, the organ responsible for the absorption and assimilation of many key nutrients, is at its ebb. What does this tell us? Principally, that it must be taxing to the system to deal with late night meals and snacking. The body is not programmed to accommodate the modern habit of late-night screen-based stimulation and the eating habits that go with it. When we eat late at night, food is not well absorbed by the small intestine and the liver has little opportunity to do its job of housekeeping.

The idea, then, is to try when you can to plan daily activity around an organ system’s peak energy, while avoiding actions that can tax a system when its energy is at its lowest ebb. Think of lifestyle habits you might modify to better synchronize your system’s energy ebbs and flows. 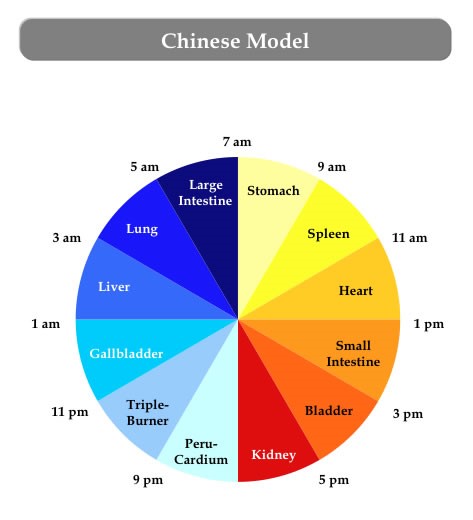 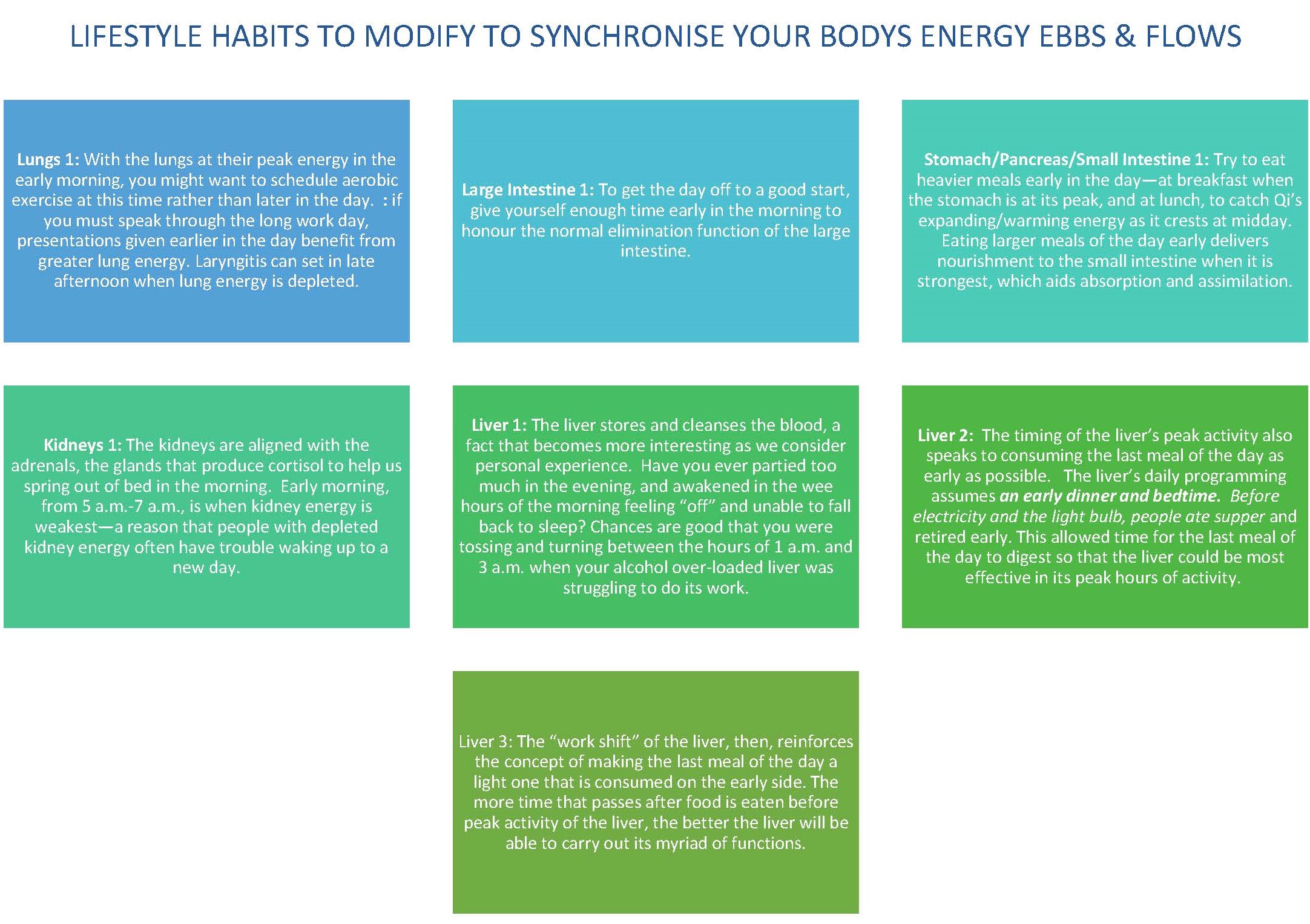