Spinach is a herbaceous plant of the botanical family Chenopodiaceae. It is a vegetable rich in nutrients particularly vitamins and minerals which accounts for its various medicinal applications. Aside other health benefits of spinach, it is well known for its protective property concerning the retina.

As said earlier, the health benefits of spinach are mainly due to its richness in minerals and vitamins.

Below are some of its applications:

Spinach can be prepared and used in basically three ways, namely: 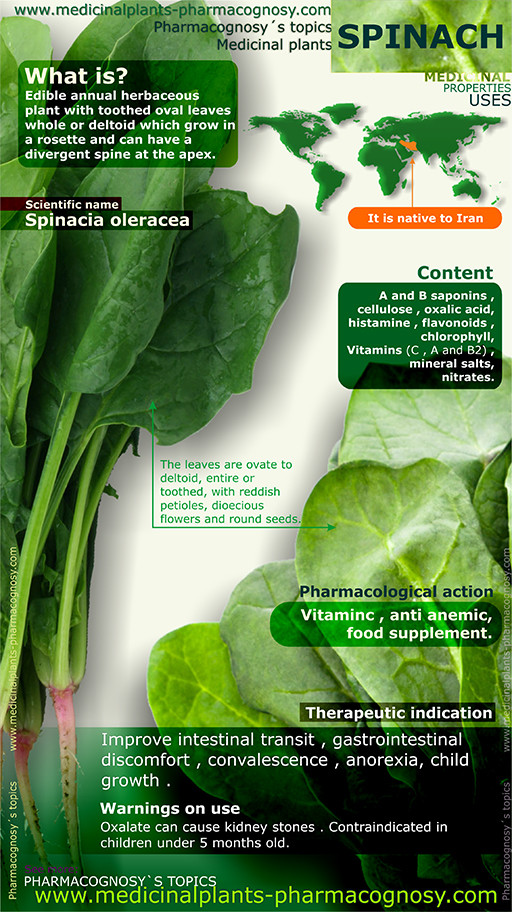