Sodium Borate has a reputation extending back more than 200 years among medical doctors and homoeopaths for its anti-inflammatory effects on both internal and external parts of the body. Sodium Borate is prescribed to supplement boron diet deficiencies that result in debilitating conditions that are indicative of chronic disease. Boron deficiencies can be attributed to decreased hormone production, abnormal calcium uptake, magnesium destabilization and yeast and microbe overgrows. When these deficiencies are normalized, many symptoms of disease can be alleviated.

Dr Rex Newnham self-experimented with borax ingestion to supplement a boron deficiency. He discovered that the inflammation and joint stiffness he suffered was alleviated after taking 30 milligrams of borax twice per day for three weeks. In addition, the relief lasted for an entire year before he had to resume the regimen. Borax controls the amoeba that is attributed to rheumatoid arthritis. Boron-fortified mouthwashes treat pyorrhoea, arthritis of the teeth and gums. Spondylitis, arthritis of the spine, Still's disease, juvenile arthritis, gout, uric acid build-up and osteoporosis are all responsive to borax supplements.

Borax may be added to skin moisturizers to deter loss of moisture and elasticity that accompanies the natural aging process. Specifically, borax softens water and keeps oil from separating from the water used in moisturizing skin care creams. A simple cold cream recipe includes borax dissolved in water, olive oil and beeswax.

Doctors of the 19th and 20th centuries recommended that women suffering from womb inflammation soak in lukewarm bathwater with borax twice a day. If women displayed profuse, egg-white-like discharge or leucorrhoea, they were told to douche with borax and lukewarm water solution three to four times per day. Other symptoms that can be alleviated by borax and water exposure include heavily clotted menstruation, painful sexual intercourse, blood-streaked vaginal discharge, painful menstruation, abdominal distention and false signs of pregnancy.

It has been reported that a quarter of a teaspoon of borax added to one quart of drinking water sipped throughout the course of a day while taking magnesium supplements can reverse male impotency. This can be attributed to many effects of borax on the human body. Borax stabilizes calcium and magnesium in the blood. It stimulates hormone production. Toxic states of hyper fluoride accumulation, internal fungal growth and dangerous microbe production are normalized by borax consumption. Finally, borax has been attributed to female libido enhancement as well.

Follow this link to the DBM Protocols for using Sodium Borate

[Editor's Note: We should all be grateful to ZS Livingstone for bringing this important article to my attention. ZS read this in the latest issue of Nexus magazine and sent me an e-mail about it on June 15. I couldn't put it up right away due to a computer failure and the need for a replacement, but I'm glad to be able to post it today. You will understand my enthusiasm after you read the article. You will discover that one can safely ingest a small quantity of Borax dissolved in water and supplement your body with an adequate amount of an organic (absorbable) form of boron, which will both prevent and overcome most forms of arthritis, osteoporosis (bone loss and the thinning of bone density), and reverse the loosening, falling out, and decay of teeth, especially in older people. In addition to helping the body keep your calcium inside your bones where it belongs, Borax supplementation can displace fluoride out of your body (where it doesn't belong). Other advantages of organic boron supplementation are explained in the article....Ken Adachi]

You may not be able to imagine that Borax, this humble insecticide and laundry detergent, has the potential of singlehandedly bringing down our entire economic system. But you do not need to worry, the danger has been recognised and the necessary steps are already being taken to defuse the situation. I will start with the basics and you will understand what I mean as the story unfolds.

This means it contains four atoms of boron as its central feature combined with two sodium atoms and ten molecules (or sometimes less) of crystallisation water.   Therefore, borax is the sodium salt of the weak boric acid.   Because sodium is more strongly alkaline, this makes a solution of borax strongly alkaline with a pH between 9 and 10 (pH 7 is neutral).  When ingested, it reacts with hydrochloric acid in the stomach to form boric acid and sodium chloride (table salt).   The boron content of Borax is 11.3% while for boric acid it is 17.5% or about 50% higher. Ingested boron compounds are rapidly and nearly completely excreted with the urine.

According to conventional medicine, it is not known if boron is essential for humans, but research shows that we do need it. The reason why it was difficult to answer this question is the presence of boron in all plants and unprocessed foods.   Diets with a fair amount of fruit and vegetables provide about 2 to 5 mg of boron per day, but this also depends on the region where the food was grown and how it was grown.

In reality the average intake in developed countries is 1-2 mg of boron per day.   Institutionalized patients may receive only 0.25 mg of daily boron.   Chemical fertilizers inhibit the uptake of boron from the soil: an organic apple grown in good soil may have 20 mg boron, but if grown with fertilizer it may have only 1 mg of boron.   Fertilizers combined with poor food choices have greatly reduced our boron intake compared to 50 or 100 years ago.

Further, unhealthy cooking methods greatly reduce the availability of boron from food.   The cooking water of vegetables containing most of the minerals may be discarded during home cooking or commercial processing; phytic acid in baked goods, cereals and cooked legumes may greatly reduce availability, while gluten sensitivity and Candida overgrowth inhibit the absorption of minerals. All this makes health problems due to boron deficiency now very common.

Read more information on these Open Source Links:and decide for yourself........

Published in the June/July 2012 issue of Nexus magazine

2. And the Original title:  How the Arthritis Cure has been Stopped 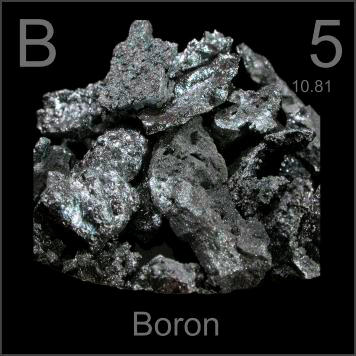 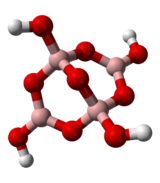