Saffron has been around for thousands of years and it's believed it was first cultivated in Greece. According to Greek myth, handsome mortal Crocos fell in love with the beautiful nymph Smilax but his favours were rebuffed and he was turned into an exquisite purple crocus flower. Around the 8th century BC, saffron was popular in Greece and it was used to perfume the royal baths and to colour royal garments. In India its colour is the epitome of beauty and is the official colour of Buddhist robes. It is claimed that in the 14th century a pilgrim to the Holy Land smuggled back one crocus bulb in a hollow staff from which all English saffron supposedly descends.

Each saffron crocus grows 20-30 cm high and has three delicate orange strands in the centre of the flower, these stigmas are the un-dried saffron strands that are so sought after. Although not the most popular spice in the kitchen, it is the most expensive, as the stigmas have to be hand-picked and it takes 225 000 stigmas to make up 454g of saffron spice. Low grade saffron has even been treated with urine to give it colour, though it has most often been falsified with dried calendula or marigold. Saffron is spicy and slightly bitter and is mainly used for adding colour to dishes.

The active components present in saffron have many therapeutic applications in many traditional medicines since a long time as anti-spasmodic, carminative, diaphoretic.
Research studies have shown that safranal, a volatile oil found in the spice, has antioxidant, cytotoxic effect on cancer cells, anticonvulsant and antidepressant properties.
The α-crocin, a carotenoid compound, which gives the spice its characteristic golden-yellow hue, has been found to have antioxidant, antidepressant, and anti-cancer properties.

Safety profile
High doses of saffron can act as a uterine stimulant and in severe cases can cause miscarriage. Therefore, pregnant women may be advised to avoid this spice in the diet. 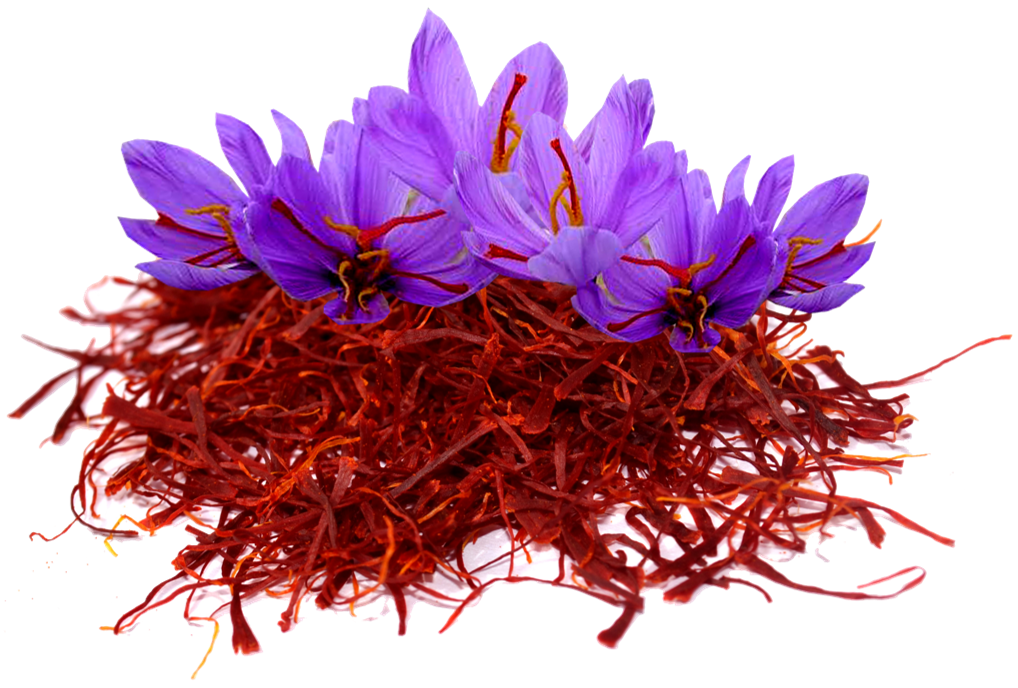 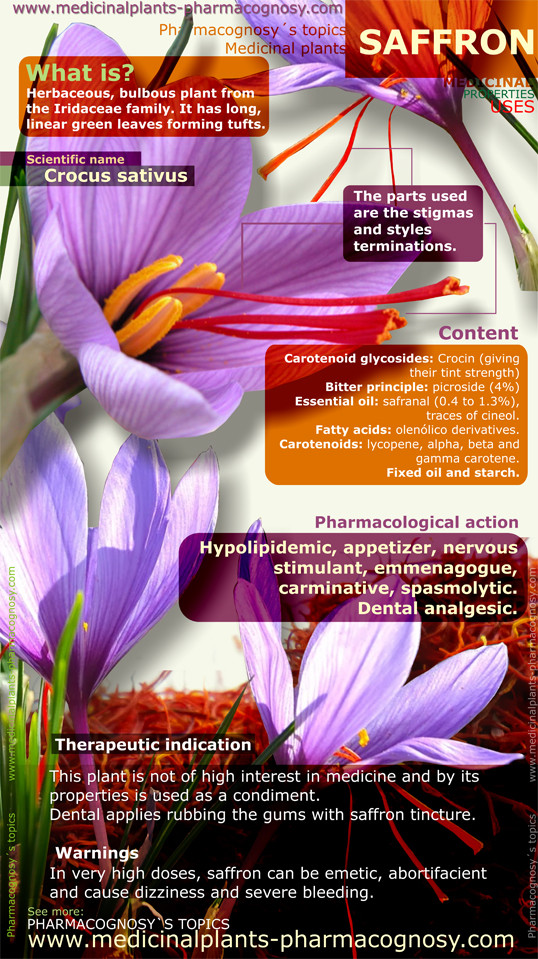