However, cooking reduces Glutathione content in foods and so does the length and conditions of storage and farming practices. Only uncooked raw vegetables, fruit, raw eggs, raw unpasteurized milk and dairy, raw or rare meats are rich in Glutathione. Cooked, pasteurized and processed foods contain far less Glutathione or none at all.

Although the National Institute of Health (NIH) still claims that GSH deficiency is “very rare,” there is   growing number of reputable sources that state quite the opposite. (16) Because of its role in preventing and managing disease, I recommend to be proactive and take a common sense approach to boost glutathione levels. Essentially, if you regularly consume these 9 foods and supplements to reach your overall health and wellness goals, you’ll also enjoy the naturally occurring glutathione benefits! It’s a win-win!

Used for centuries by traditional folk medicine all across the world, milk thistle has long been praised as a remedy for immune dysfunction. Specifically, silymarin, a unique flavonoid complex derived from the milk thistle plant, has been used for liver damage and biliary tract disease. According to scientists, the secret to milk thistle’s healing prowess is its ability to enhance GSH. Shown to boost glutathione levels in ethanol-induced rats, it was discovered that milk thistle could actually help protect the liver from toxicity in the presence of alcohol consumption; which is well-known to cause glutathione levels to plummet.

Since the mid-1990s, it has been a well-established fact that GSH concentrations take a nosedive in the liver and lungs when sulphur amino acid intake is inadequate. (20) This is one of the many reasons I recommend sulfur-rich, cancer-fighting cruciferous vegetables as a critical part of any natural health regimen. These include:

The unbelievably effective asthma remedy N-acetyl cysteine (NAC) helps decrease the severity and frequency of wheezing and respiratory attacks by boosting glutathione and thinning bronchial mucus. NAC is actually a precursor to GSH and it has recently been proven highly efficient at treating neurocognitive issues like addiction, compulsive behaviors, schizophrenia and bipolar disorder. NAC is found in high sulphur foods as shown above.

a-Lipoic Acid helps restore GSH levels with any immune system depletion. In fact, it is part of my Reverse Diabetes Naturally in 30 Days or Less plan. Only 300-1200 mg of alpha lipoic acid daily helps improves insulin sensitivity and reduces symptoms of diabetic neuropathy. It has also been shown clinically to restore total blood GSH status and lymphocyte function in HIV/AIDS patients. Natural sources of ALA can be found in broccoli, spinach, Brussel sprouts, tomatoes, peas and brewer's yeast

Methylation Nutrients (Vitamins B6, B9, B12, and biotin)

Selenium works as a powerful anti-oxidant and is required for your body to create GSH. Be sure to stock your refrigerator and pantry with these Top Selenium Foods:

More information on selenium can be found on this link.  Remember to check with your DBM Physician if eggs are permitted on your program.

Vitamin C helps raise glutathione in red blood cells and lymphocytes. Vitamin E is an important antioxidant that works with GSH to prevent damage from reactive oxygen and protects glutathione-dependent enzymes. So working together, Vitamin C and E help recycle glutathione and keep you disease-free! Eating these Top Vitamin C and Top Vitamin E foods should be on all of our to-do lists. They together help keep glutathione at optimal levels and boost your immune systems and overall body function! 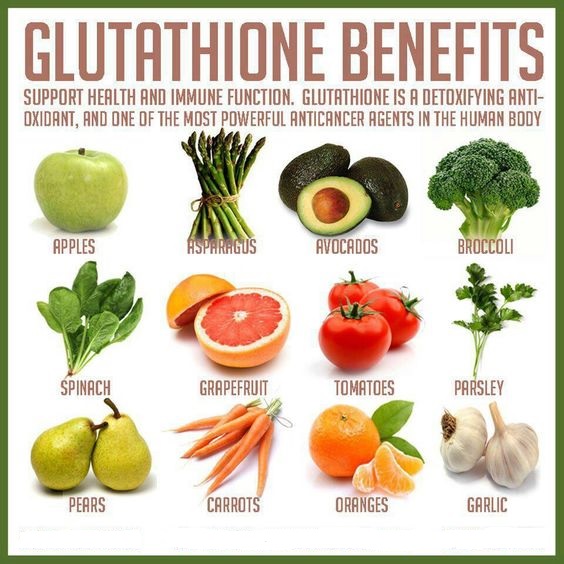 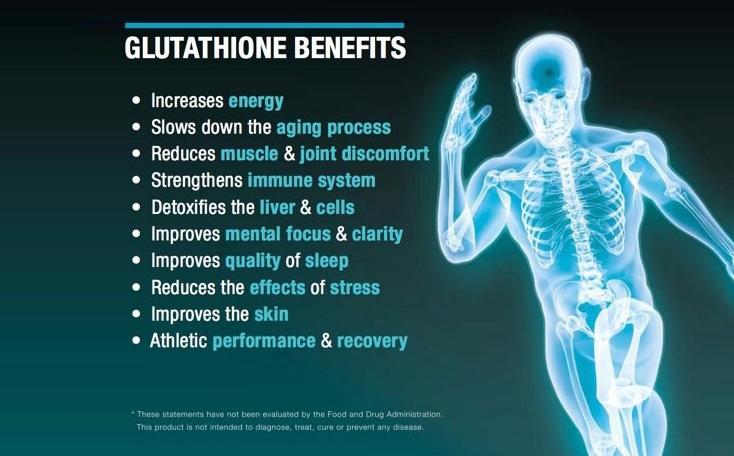