Mycoplasmas are a specific and unique species of bacteria - the smallest free-living organism known on the planet. The primary differences between mycoplasmas and other bacteria is that bacteria have a solid cell-wall structure and they can grow in the simplest culture media. Mycoplasmas however, do not have a cell wall, and like a tiny jellyfish with a pliable membrane, can take on many different shapes which make them difficult to identify, even under a high-powered electron microscope.

Mycoplasmas can also be very hard to culture in the laboratory and are often missed as pathogenic causes of diseases for this reason. The accepted name was chosen because Mycoplasmas were observed to have a fungi-like structure (Mycology is the study of fungi - hence "Myco") and it also had a flowing plasma-like structure without a cell wall - hence "plasma". The first strains were isolated from cattle with arthritis and pleuro-pneumonia in 1898 at the Pasteur Institute.

The first human strain was isolated in 1932 from an abscessed wound. The first connection between mycoplasmas and rheumatoid diseases was made in 1939 by Drs. Swift and Brown. Unfortunately, mycoplasmas didn't become part of the medical school curriculum until the late 1950's when one specific strain was identified and proven to be the cause of atypical pneumonia, and named Mycoplasma pneumonia. The association between immunodeficiency and autoimmune disorders with mycoplasmas was first reported in the mid-1970s in patients with primary hypogammaglobulinemia (an autoimmune disease) and infection with four species of mycoplasma that had localized in joint tissue. Since that time, scientific testing methodologies have made critical technological progress and along with it, more mycoplasma species have been identified and recorded in animals, humans and even plants.

While Mycoplasma pneumonia is certainly not the only species causing disease in humans, it makes for a good example of how this stealth pathogen can move out of it's typical environment and into other parts of the body and begin causing other diseases. While residing in the respiratory tract and lungs, Mycoplasma pneumonia remains an important cause of pneumonia and other airway disorders, such as tracheobronchitis, pharyngitis and asthma. When this stealth pathogen hitches a ride to other parts of the body, it is associated with non-pulmonary manifestations, such as blood, skin, joint, central nervous system, liver, pancreas, and cardiovascular syndromes and disorders. Even as far back as 1983, doctors at Yale noted: "Over the past 20 years the annual number of reports on extrapulmonary symptoms during Mycoplasma (M.) pneumoniae disease has increased.

Clinical and epidemiological data indicate that symptoms from the skin and mucous membranes, from the central nervous system, from the heart, and perhaps from other organs as well are not quite uncommon manifestations of M. pneumoniae disease."(15) This single stealth pathogen has been discovered in the urogenital tract of patients suffering from inflammatory pelvic disease, urethritis, and other urinary tract diseases (8) It has been discovered in the heart tissues and fluid of patients suffering from cardititis, pericarditis, tachycardia, hemolytic anemia, and other coronary heart diseases.(9, 10, 14)

It has been found in the cerebrospinal fluid of patients with meningitis and encephalitis, seizures, ALS, Alzheimer's and other central nervous system infections, diseases and disorders.(11-13) It has even been found regularly in the bone marrow of children with leukemia.(16-18) It is amazing that one single tiny bacteria can be the cause of so many seemingly unrelated diseases in humans. But as with all mycoplasma species, the disease is directly related to where the mycoplasma resides in the body and which cells in the body it attaches to or invades. Today, over 100 documented species of mycoplasmas have been recorded to cause various diseases in humans, animals, and plants.

Mycoplasma pneumonia as well as at least 7 other mycoplasma species have now been linked as a direct cause or significant co-factor to many chronic diseases including, rheumatoid arthritis, Alzheimer's, multiple sclerosis, fibromyalgia, chronic fatigue, diabetes, Crohn's Disease, ALS, nongonoccal urethritis, asthma, lupus, infertility, AIDS and certain cancers and leukemia, just to name a few.(1-6) In 1997, the National Center for Infectious Diseases, Centers for Disease Control and Prevention's journal, Emerging Infectious Diseases, published the article, Mycoplasmas: Sophisticated, Reemerging, and Burdened by Their Notoriety, by Drs. Baseman and Tully who stated: "Nonetheless, mycoplasmas by themselves can cause acute and chronic diseases at multiple sites with wide-ranging complications and have been implicated as cofactors in disease. Recently, mycoplasmas have been linked as a cofactor to AIDS pathogenesis and to malignant transformation, chromosomal aberrations, the Gulf War Syndrome, and other unexplained and complex illnesses, including chronic fatigue syndrome, Crohn's disease, and various arthritides."

Mycoplasmas, unlike viruses, can grow in tissue fluids (blood, joint, heart, chest and spinal fluids) and can grow inside any living tissue cell without killing the cells, as most normal bacteria and viruses will do. Mycoplasmas are frequently found in the oral and genito-urinary tracts of normal healthy people and are found to infect females four times more often than males, which just happens to be the same incidence rate in rheumatoid arthritis, fibromyalgia, Chronic Fatigue and other related disorders.(7)

Mycoplasmas are parasitic in nature and can attach to specific cells without killing the cells and thus their infection process and progress can go undetected. In some people the attachment of mycoplasmas to the host cell acts like a living thorn; a persistent foreign substance, causing the host's immune defense mechanism to wage war. This allergic type of inflammation often results in heated, swollen, and painful inflamed tissues, like those found in rheumatoid diseases, fibromyalgia and many other autoimmune disorders like lupus and MS, Crohn's and others. In such cases the immune system begins attacking itself and/or seemingly healthy cells.

Some species of mycoplasmas also have the unique ability to completely evade the immune system. Once they attach to a host cell in the body, their unique plasma and protein coating can then mimic the cell wall of the host cell and the immune system cannot differentiate the mycoplasma from the body's own host cell. Mycoplasmas are parasitic in nature because they rely on the nutrients found in host cells including cholesterol, amino acids, fatty acids and even DNA. They especially thrive in cholesterol rich and arginine-rich environments.

Mycoplasmas can generally be found in the mucous membrane in the respiratory tract. They need cholesterol for membrane function and growth, and there is an abundance of cholesterol in the bronchial tubes of the respiratory tract. Once attached to a host cell, they then begin competing for nutrients inside the host cells. As nutrients are depleted, then these host cells can begin to malfunction, or even change normal functioning of the cell, causing a chain reaction with other cells (especially within the immune and endocrine systems). Mycoplasmas can even cause RNA and DNA mutation of the host cells and have been linked to certain cancers for this reason. Mycoplasmas can also invade and live inside host cells which evade the immune system, especially white blood cells. Once inside a white blood cell, mycoplasmas can travel throughout the body and even cross the blood/brain barrier, and into the central nervous system and spinal fluid. 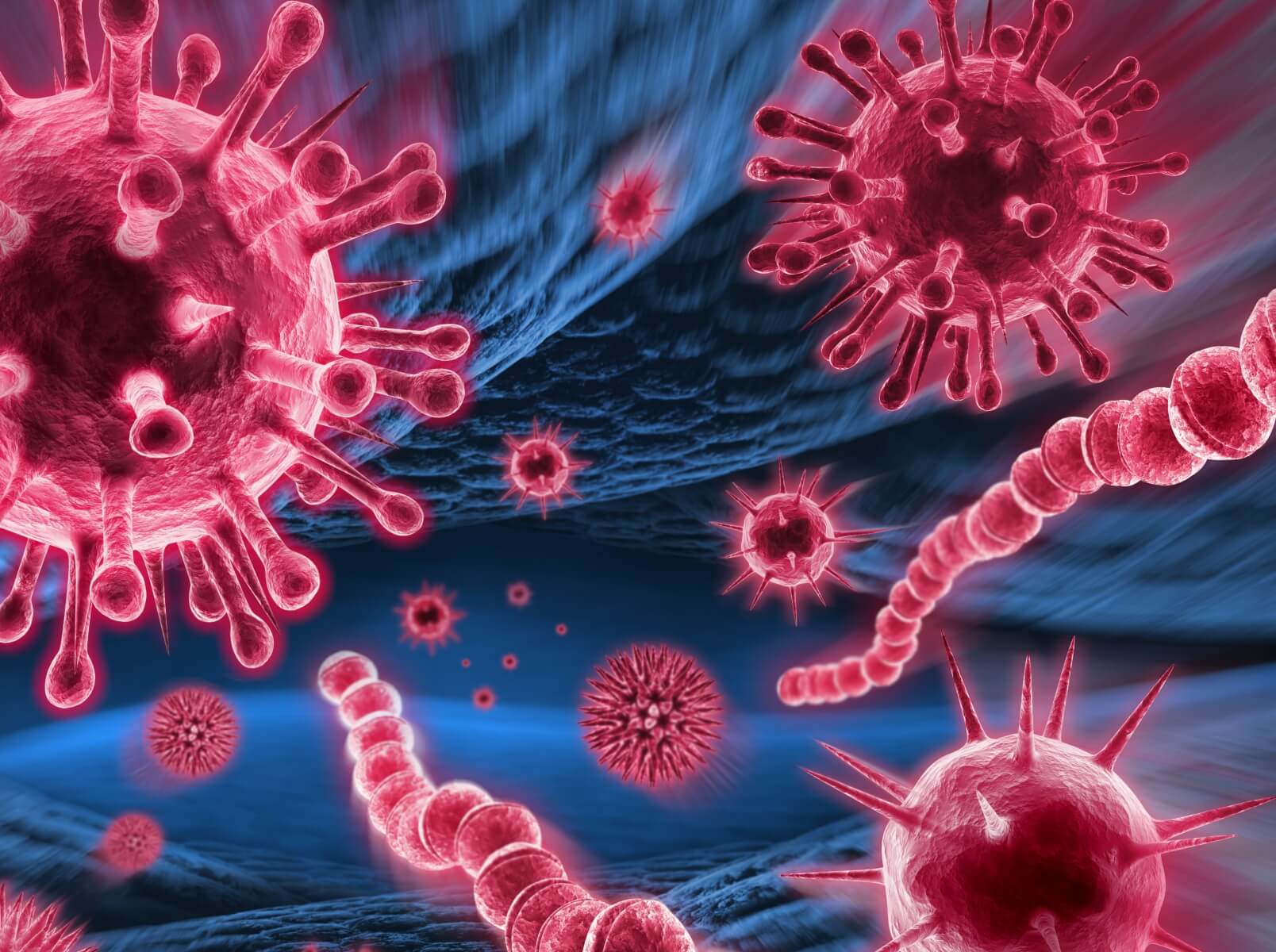