MSM (Methyl Sulfonyl Methane) is an incredible form of sulphur, the third most common chemical in our body. MSM makes cells permeable (which is known to aid in the treatment of cancer), strengthens collagen (which helps stop the spreading of cancer and thus may turn malignant tumors into benign tumors), helps maintain a proper pH (which cancer cells don't like), and causes a host of other benefits for treating cancer, some direct and some indirect.

I will start with a quote from the good folks at Minnesota Wellness: "We've just run across some old research on MSM, a form of nutritional sulfur that piqued our interest. Currently MSM is being widely used by people suffering from arthritis. It supports connective tissue, and results (lower pain, increased movement) appear quickly. The reason we mention it here [in the cancer section] is that it was discovered in the fifties that MSM tends to turn malignant tumors into benign tumors. And then the research stopped. Why? MSM is not expensive (if purchased in bulk) and cannot be patented."

While the substance this quote refers to may have been DMSO, the fact is that MSM is critical to making collagen, the primary constituent of cartilage and connective tissue. It is the largely strength of collagen that stops the spreading of cancer.

The oxidative energy production of cells requires reactive sulphur compounds. Without sufficient organic sulphur as in the form of MSM cells and body structures lose their elasticity and flexibility. MSM's main benefit is to keep cells and blood vessels elastic. It keeps cell walls permeable so that nutrients can freely flow into the cells and wastes and toxins can easily be removed. Purple grape juice is known to have this property also, and purple grape juice is not only a treatment for cancer, but also for heart disease and dementia.

Sulfur is present in every cell of every plant and animal. Sulfur is an important element in more than 150 compounds in the body, including tissues, enzymes, hormones, and anti-oxidants. MSM is a nutritional mineral that can help to normalize the immune system.

MSM easily gets past the blood-brain barrier and thus is an important part of any brain cancer treatment program.

In vitro and in vivo tests suggest that MSM has ameliorating or curative activity against a variety of medically important parasitic, microbial, and fungal problems of the intestinal and urogenital tracts. Several prominent alternative cancer experts believe cancer is a microbial problem.

Some researchers are pointing to MSM as the possible explanation for why some cancers go into spontaneous remission. The answer here may lie in MSM's ability to assist in moving free radicals and foreign proteins out of the system.

Glutathione is the most plentiful antioxidant found inside your cells. It is critical to keep the immune system functioning at peak efficiency. For example, HIV infected cells lose the ability to produce glutathione and will not accept any from the blood. MSM is critical to the formation of glutathione, and many other molecules in your body.

From an oxygen perspective, MSM:

Since the advent of inorganic fertilizers, our bodies are not getting enough nutritional sulfur. Due to the over-farming, chemical fertilizers, long term storage, pesticides, and the over processing of the foods we eat today, much of the sulfur content of these foods is either destroyed or missing completely.

MSM or Methylsulfonylmethane occurs naturally in many fresh foods but is lost during processing. With today's diet of cooked and processed foods, most diets of civilized cultures are deficient in this critically important ingredient.

The processed foods that eliminate natural sources of MSM may be one reason so many cancer diets focus on "raw foods".

Individuals with plenty of sulphur in their diet (e.g. from eggs and onions) may not experience any benefits from using MSM supplements. Furthermore, individuals who are sensitive to sulphites (often used as preservative) also may react to MSM. This is usually due to a deficiency of molybdenum and can be overcome with supplementation.

Additives to MSM in order to make it flow more easily or for other reasons, such as silcon dioxide, may have a significant negative affect on the body's ability to absorb MSM. Check the ingredients on the label before making your selection. Your choice should contain zero silicon dioxide or any other additives in the product.

Does MSM have the same biological effects as DMSO?

How else does MSM differ from DMSO?

One of the factors that set both DMSO and MSM apart is that they are small molecules. DMSO tips the scales at a molecular weight of 78; MSM, 94. By chemistry standards, they are featherweight molecules. They mimic water in this respect. Water has a very low molecular weight and passes through tissue. DMSO and MSM pass through the skin and into the tissue below. Just like DMSO, MSM is very useful when employed as a topical gel, cream, or lotion to help in the relief of local pain and inflammation. Unlike DMSO, however, MSM cannot transport medication with it.

Another difference between the two compounds is that DMSO is a proven and powerful free-radical scavenger, that is, an antioxidant, whereas MSM's is not a free radical scavenger. Free radicals are unstable molecular fragments that launch an oxidative attack on DNA, cell membranes, enzymes, and proteins, disrupting normal cellular activities and triggering the inflammatory process. Such cumulative oxidative damage is similar to the rusting of metal and contributes to premature aging and the development of serious disease. Every disease known to medical science is associated with an increased activity of free radicals.

Is MSM a safe compound?

One of the first things we set out to learn about MSM was its safety. In long-term toxicity trials with laboratory animals we found no toxic effects with oral doses of 8 grams per kilogram (2.2 pounds) of body weight. Most people take from 2 to 8 grams total as a daily supplement. To determine the lethal dose of MSM, or of any substance, we used a standard test known as LD-50. LD stands for lethal dose. The number 50 refers to the amount of the substance required that would result in the death of half the number of laboratory animals used in the test. For MSM, the findings determined that the LD-50 was more than 20 grams for each kilogram of body weight. To put that into perspective, the LD-50 of common table salt you use for cooking is 2.5 to 3 grams per kilogram of weight. MSM thus rates as one of the least toxic substances in biology and medicine. It compares to water, which has an LD-50 rating also greater than 20 grams per kilogram of weight. In follow-up experiments with human volunteers, we found no toxic effects at intake levels of up to 1 gram per kilogram of body weight per day for 30 days. That means about 68 grams for an average 150-pound person. A few patients have taken more than 100 grams orally of MSM daily without any side effects. But these were extremely unusual cases involving very sick patients under Dr. Jacob's personal care. Do not take that much on your own. Please consult your health care professional for details on how much MSM to take.

Is MSM a natural compound?

In its natural state MSM is an inconspicuous sulfur molecule found in the atmosphere, in plants, animals, and the human body. Chemically, it consists of two hydrocarbon units (groups of hydrogen and carbon atoms) attached to a unit with one sulfur and two oxygen atoms. The molecule is one-third sulfur by weight. Atmospheric chemists describe the molecule as a minor oxidation product in an oceanic sulfur cycle that begins with marine algae. These ocean organisms, called phytoplankton, release sulfur compounds known as dimethylsulfonium salts. The salts, in turn, are transformed in the ocean water into a volatile compound- dimethylsulfide (DMS)-which escapes as a gas from watery depths and rises into the atmosphere. There, the DMS undergoes photochemical oxidation and is converted to sulfur compounds, mostly sulfates, and, in part, to DMSO2 (MSM) as well as dimethyl sulfoxide (DMSO), the closest relative of MSM. These compounds are absorbed in tiny droplets called aerosols that float around the atmosphere and are returned to the surface of the ocean with rainwater.

On land, a number of scientific analyses over the years have found MSM present naturally in animal tissue, food, and in the human body. Researchers first discovered the molecule more than fifty years ago in the blood, adrenal glands, and milk of cows. It was also found to be present in horses and rabbits and it is assumed that it is there in other species. Later, in a 1982 analysis by the Crown-Zellerbach Company, milk was found to contain between 2 and 6 parts per million of MSM. That may not seem like much but the quantity is higher than the level of some other better-known minerals, such as manganese and selenium. Zinc, by comparison, weighs in at 8.6 parts per million in milk. Coffee contains about 1.5 parts of MSM per million, and tea somewhat less. Green vegetables and other foods have small traces of MSM. MSM's presence in the human body was first reported during the 1960s, when a laboratory analysis of the urine of men, women, and children found that 4 to 11 milligrams of MSM was excreted over a twenty-four-hour period. Then in the late 1980s, a researcher at a major German pharmaceutical company found that MSM is present in human plasma. Plasma is the liquid part of blood. Through a gas chromatography technique, W. Martin of Pharmakin Gmbh of Ulm detected a "significant concentration" of MSM among the one hundred samples of plasma he examined. He found the equivalent of about 4 milligrams of MSM in the plasma of an average-size adult. So far, researchers have not adequately been able to explain the presence of MSM other than that it comes from food sources and/or is the result of a natural chain of biochemical reactions. Its precise role is not known.

The studies to date are tantalizing but preliminary. More are needed. Hopefully, this information will promote further research necessary to understand better this unique and natural substance that perpetuates a long sulfur healing tradition.

People using MSM should make all changes to their dosage gradually.  They should not increase their dose as long as detoxification symptoms persist. Although uncommon, these symptoms may include nausea and headaches. MSM is best taken with a glass of water one half hour prior to eating. As it tends to stimulate energy levels, it is generally advisable not to take it prior to bed.

Please DO NOT take huge doses of MSM, the resultant Herzheimer reaction is very intense

In practice, most people who use MSM notice very little at the onset, or may experience slight detoxification symptoms. These symptoms may include mild forms of diarrhea, skin rash, headache and fatigue. After one week, these symptoms usually disappear. Fewer than 20% of users of MSM may feel moderately sick in the first few days of using MSM. Generally, the stronger the symptoms are, the more toxins had been stored in the body, and the more MSM was needed for its purification. If more moderate symptoms of detoxification are experienced, it may be advisable to reduce the dosage of MSM, and to gradually rebuild it once the symptoms disappear.

MSM Water to be used in conjunction with DMSO application for OCC Protocol – not for oral consumption – Topical Use Only. 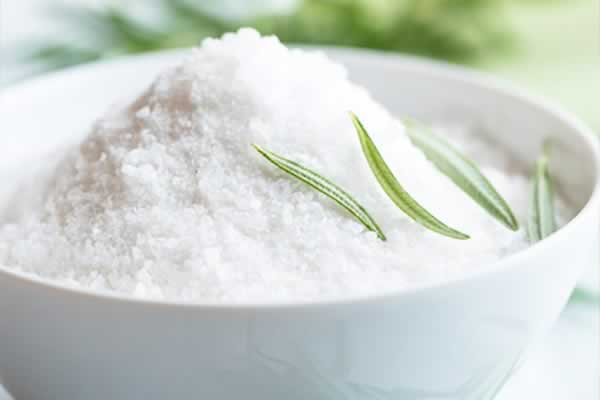