MSG and Your Health

What is MSG (Monosodium Glutamate)?

Monosodium Glutamate is the sodium salt of glutamic acid - glutamate is naturally bound to most whole, unprocessed foods (especially proteins), providing us with healthy nourishment. Glutamate is converted into glutamic acid by hydrolysis.  MSG was originally extracted from seaweed and other plant sources, but today, MSG is produced in many countries around the world through a fermentation process of molasses from sugar cane or beets, and also starch and corn sugar.

Glutamic acid in the body – normally, most glutamic acid is produced in the body from L-glutamine and Kreb’s cycle intermediates. Glutamic acid/glutamate functions in all cells in essential roles as a metabolic intermediate and a constituent of protein. In the brain, it is the predominant excitatory neurotransmitter, which stimulates neurons by activating glutamate receptors. Other neurotransmitters include aspartate, acetylcholine, serotonin, GABA, aspartate, epinephrine, norepinephrine and dopamine. Some are excitatory (glutamate and aspartate) increasing electrical activity between cells, others inhibitory (primarily GABA), and they need to be in appropriate balance with each other for proper brain function.

Free processed vs. Bound Unprocessed Glutamic Acid? -  When present in its "free" form not bound together with other amino acids in protein, glutamate has a flavour enhancing effect in foods. it is the free glutamic acid in processed food, not the naturally bound form, that causes negative health reactions in many people.

To consider: persons who report a sensitivity to hydrolysed proteins (containing free glutamic acid) may be sensitive to the soy, wheat or other protein source, rather than to glutamate itself.

Glutamate consumed in your diet, circulates in your blood, but is regulated in the brain by the Blood Brain Barrier (BBB) - Glutamate concentration in brain interstitial fluid is only a fraction of that of plasma and is maintained fairly independently of small fluctuations in plasma concentration.  In most regions of the brain, the uptake of glutamate and other anionic excitatory amino acids from the circulation is limited by the BBB.

National Academy of Sciences National Research Council. The 1977 Survey of the Industry on the Use of Food Additives: Estimates of Daily Intake. Vol. 3, Washington, D.C.: National Academy Press, 1979.

Why is MSG (Monosodium Glutamate) added to food?

MSG is a neuro-stimulant that fools the brain into thinking that food tastes better than it really does – when added to our processed foods, FREE glutamic acid, as monosodium glutamate (MSG), hydrolysed vegetable proteins, and about 40 other forms, masks off flavours and makes the blandest and cheapest foods taste great – mostly described as savoury, meaty or broth-like.  Another advantage is in encouraging the elderly to eat more as they lose their sense of taste and smell, and so prevent their typical poor nutrition status. For centuries, the Japanese have been adding Kombu to foods to enhance flavour, and in 1908, after a Japanese scientist discovered that Kombu’s active ingredient is free glutamic acid, the Japanese began use of its sodium salt MSG.

During WWII, American quartermasters found out “the secret” as to why Japanese army rations tasted so much better than the American military rations, and soon after the war, the extensive world-wide use of cheap, flavour-enhancing free glutamic acid began in the general processed-food industry.

MSG is not a true allergen but may directly affect immune response by stimulating or damaging the nervous system. In studies done recently on animals, food allergies may be caused by a lack of Interleukin 12. This substance is made by cells in the body - oligodendrocytes, that are killed by excess glutamate. Also - Over 85% of individuals with Type 1 Diabetes have antibodies to the enzyme the body uses to turn Glutamate into GABA - glutamic acid decarboxylase (GAD). Their immune system attacks the means by which glutamate is metabolized, even though it does not attack glutamate itself. Because of their immune response to GAD, Type 1 diabetics are at risk of having an excess of glutamate in their systems already.

Glutamate is vasoactive - it changes the diameter of the blood vessels - one reason why it may cause headaches.

During periods of hypoglycemia where low blood glucose levels leave the brain with low defenses, or allergy response where the blood vessels become "leaky", MSG may cross the blood brain barrier and damage brain cells by excitatory neurotoxicity. By affecting the pancreas and creating a situation of hypoglycemia, MSG may bring down the brain's barriers, carrying it's own key, in a sense, to get to the brain.

May create taurine deficiency due to its effect on cysteine. Cysteine competes with glutamate for uptake. Unfortunately, cysteine is used to make taurine, and taurine is used to make bile. Bile, which is made by the liver and stored in the gall bladder is used to break up fats into managable pieces for digestion. If bile formation is compromised - diarrhea and "gall bladder attacks" may occur.

GABA (gamma amino butyric acid) is created by feedback mechanism from MSG. GABA may be addictive. Related to the date-rape drug GBH. GABA stimulates the pituitary to produce growth hormone. Research has shown that MSG can also overstimulate prolactin production by the pituitary and cause sterility in female animals. Nearly half of all pituitary tumors are prolactin secreting.

The hair cells of the ear use glutamate as a neurotransmitter. Over-stimulation of these cells by glutamate can result in ringing in the ears. Glutamate opens calcium channels.

Part of the brain most susceptible to attack because it is the "sensor" of the brain, out in the open so to speak, not protected by the blood brain barrier because it needs to monitor levels of hormones in the blood. This part of the brain directs the action of the pituitary gland which directs the action of the entire endocrine system. Many MSG sensitive persons become diagnosed with thyroid disfunction and are put on synthetic hormone due to hypothyroidism. This would suggest that the hypothalamus may be compromised and unable to effectively direct the pituitary gland and consequently the thyroid. The hypothalamus also regulates hunger, and body temperature. The hypothalamus is also responsible for rage and panic as well...

Asthma - due to MSG's stimulatory effect on the nervous system (See Johns Hopkins research) would explain why asthma is induced in some by MSG.

MSG stimulates nerves in tongue and elsewhere directly (that's why they use it). Glutamate in excess can overstimulate nerve cells until they die. Certain cells called oligodendrocytes which are found in the nervous system and make MYELIN are killed by excess glutamate. It is the inability to make myelin which defines the disease Multiple Sclerosis. In those patients, Interleukin 12 is low. IL 12 is also made by the oligodendrocytes - a clue that these cells are probably being killed by something. We firmly believe that something may be MSG and aspartame in the diet.

There are glutamate receptors in the retina. Laboratory studies on animals have shown the retina to be damaged by MSG. 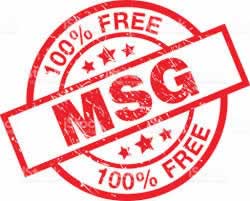 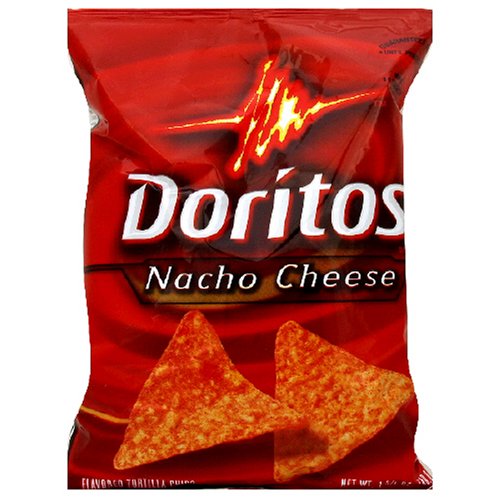