Milk: It doesn’t do a body good

If you’re of a certain age, you probably remember the ad campaign from the dairy industry, the one with the tagline “Milk, it does a body good.” And you probably also remember those cute magazine ads where some celebrity had a milk moustache, like a three-year-old.

Well, in a way the campaign was appropriate because age three is about when you should stop drinking milk. After the toddler stage, it doesn’t do a body good. In fact, it does a great deal of harm – this is what they teach you about milk – BUT - Get this stuff out of your diet, for the following reasons. 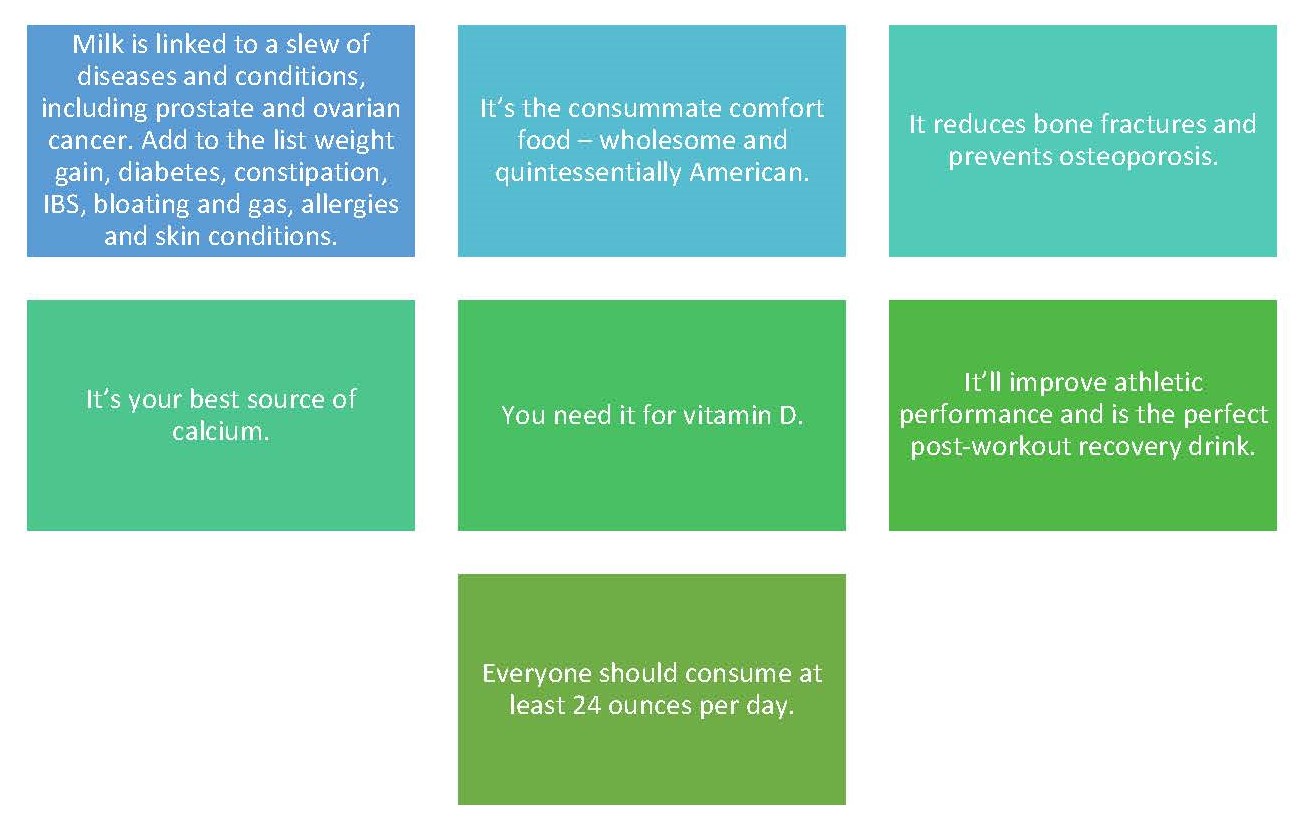 The truth may be far less savoury.

What about milk’s reputation as “Nature’s Perfect Food”? Dr. Mark Hyman, author of The Blood Sugar Solution, says that’s only true if you’re a cow. So, it may be time to kill this “sacred cow.”

In terms of our evolution as a species (or, if you’re a fundamentalist, “the way God made us”), we were never meant to consume the milk of another species. Our bodies are programmed to consume only human breast milk, and only till about age two. 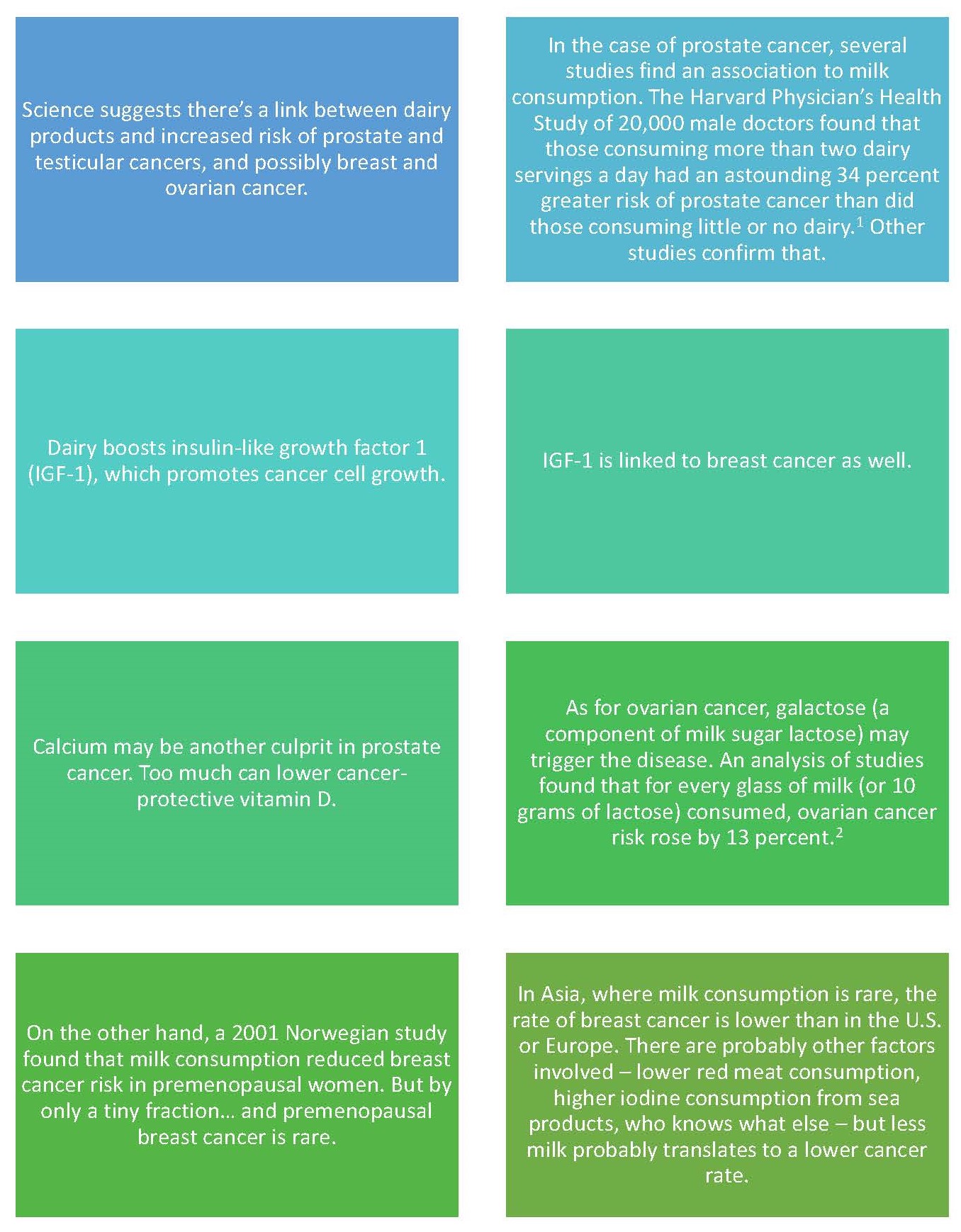 This dairy-created disaster may be linked to hormones. With every glass of milk, you get a chemical cocktail of some 60 hormones, including bovine growth hormone (rBGH), estrogen, progesterone, and more.

In 1970, one cow produced 9,700 pounds of milk in her lifetime. Today that same cow produces 19,000 pounds. This may sound great, but it’s not. Talk about factory farming!

That cow is being doped up on growth hormones that become a part of your “refreshing” glass of milk. Bovine growth hormone is a chemical additive, of course, but the natural components of milk are also troubling. . .

Casein is a protein found in all milk, human or animal. It’s linked to cancer and other chronic diseases. Dr. T. Colin Campbell (Cornell University) found that casein promotes cancer in every stage of development.

Casein is also exceedingly hard to digest. It sticks together like glue – as suggested by the cow on the front of Elmer’s glue. In fact, it’s a component in some glues.

What’s more, the milk sugar called lactose can’t be broken down beyond infancy – except for certain people of northern European descent who retain that ability into adulthood. You’ve probably heard of “lactose intolerance” – one of the most common causes of GI-tract problems. You can mitigate lactose intolerance by supplementing with the enzyme lactase – the baby hormone that most people no longer have after early childhood.

But the best move is to simply avoid lactose, i.e. milk.  Cultured dairy breaks down proteins we can’t naturally digest, enlisting the help of the bacterium Lactobacillus.

There are more reasons to consider ditching dairy.

The scientific literature is clear that milk can trigger destruction of insulin-producing pancreatic beta cells in genetically predisposed people.   A study of 1,113 at-risk infants showed that those receiving special insulin-free cow’s milk developed 61% fewer beta cell autoantibodies by age 3 than did those on regular cow’s milk.

This seems to prove the problem with drinking milk of another species. The protein in cows’ milk – especially the beta-casein A1 molecule – is dramatically different than that found in human breast milk.

It’s been hammered into our heads that we should drink at least three glasses of milk a day to prevent bone fractures.  You’ve seen the “Got Milk?” ads, right?  Walter Willett, M.D. and chairman of the nutrition department at Harvard School of Public Health, calls that heresy.  When he and his team reviewed six studies of nearly 200,000 women, they were shocked.

Not only was there zero evidence milk was preventive for fractures, but get this: a 60,000-person Swedish study found that women drinking 21+ ounces per day had a stunning 60 percent higher risk of hip fractures. And hip fractures can be deadly.

Remember, you can’t digest it

Despite the propaganda of dairy industry commercials, it’s a proven fact most people cannot digest dairy.  Today, an estimated 62.2 million Americans will consume dairy they cannot digest. Does that strike you as a healthy thing to do?

In fact, lactose intolerance is so common and the dairy industry so heavily promoted that most people never connect the dots between dairy and their gasiness, bloating, diarrhea or other symptoms — let alone cancer, which doesn’t develop until years later.  That’s besides full-blown dairy allergies, which can cause hives and other rashes, vomiting, and even anaphylactic shock.

What about raw and organic milk?

That’s the $64,000 question.  Most studies use conventional milk, so we don’t have much hard evidence about raw.  On the one hand, ditching huge amounts of pesticides, herbicides, and growth hormones can’t be all bad. But the lactose, insulin, and casein can still be a problem. Anecdotally, a couple of people I know with lactose intolerance have told me they don’t have a reaction to raw milk.  That may be, but there are so many other questionable ingredients in milk, I think it’s still a risky food to eat.

Some doctors suggest taking a two-to-four-week hiatus from all dairy, reintroduce it (raw organic, if possible), assess how you feel, and decide from there if you can safely consume milk.  Personally, the sum total of dairy I use is half-and-half in coffee (which I rarely drink), plus a rare treat of ice cream, along with a very limited amount of cheese. These are all special treats, not daily items in my diet. And if I had cancer, I wouldn’t even touch the rare treat.

Here are some practical ways to slash your dairy load: 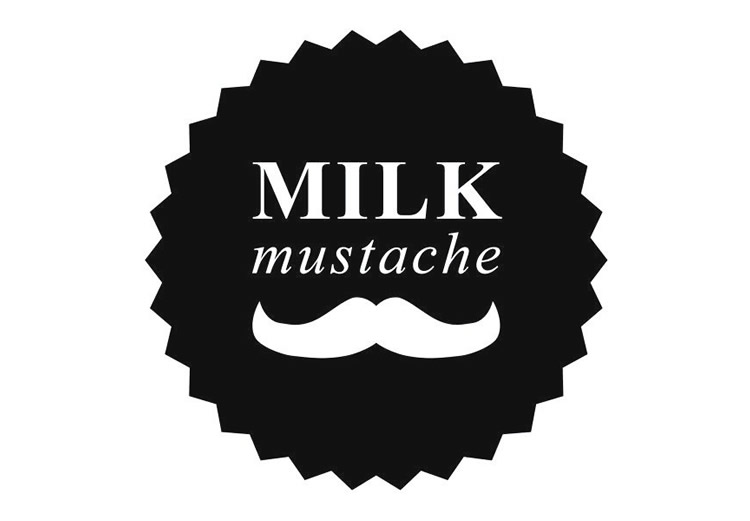