Milk and the Cancer Connection

On January 23, 1998 researchers at the Harvard Medical School released a major study providing conclusive evidence that IGF-1 is a potent risk factor for prostate cancer. Should you be concerned? Yes, you certainly should, particularly if you drink milk produced in the United States.

IGF-1 or insulin-like growth factor 1 is an important hormone that is produced in the liver and body tissues. It is a polypeptide and consists of 70 amino acids linked together. All mammals produce IGF-1 molecules very similar in structure and human and bovine IGF-1 are completely identical. IGF-1 acquired its name because it has insulin-like activity in fat (adipose) tissue and has a structure that is very similar to that of proinsulin. The body's production of IGF-1 is regulated by the human growth hormone and peaks at puberty. IGF-1 production declines with age and is only about half the adult value at the age of 70 years. IGF-1 is a very powerful hormone that has profound effects even though its concentration in the blood serum is only about 200 ng/mL or 0.2 millionth of a gram per milliliter (1-4).

IGF-1 is known to stimulate the growth of both normal and cancerous cells(2,5). In 1990 researchers at Stanford University reported that IGF-1 promotes the growth of prostate cells(2). This was followed by the discovery that IGF-1 accelerates the growth of breast cancer cells(6-8). In 1995 researchers at the National Institutes of Health reported that IGF-1 plays a central role in the progression of many childhood cancers and in the growth of tumours in breast cancer, small cell lung cancer, melanoma, and cancers of the pancreas and prostate(9). In September 1997 an international team of researchers reported the first epidemiological evidence that high IGF-1 concentrations are closely linked to an increased risk of prostate cancer(10). Other researchers provided evidence of IGF-1's link to breast and colon cancers(10,11).

The evidence of a strong link between cancer risk and a high level of IGF-1 is now indisputable. The question is why do some people have high levels while others do not? Is it all genetically ordained or could it be that diet or some other outside factor influences IGF-1 levels? Dr. Samuel Epstein of the University of Illinois is one scientist who strongly believes so. His 1996 article in the International Journal of Health Sciences clearly warned of the danger of high levels of IGF-1 contained in milk from cows injected with synthetic bovine growth hormone (rBGH). He postulated that IGF-1 in rBGH-milk could be a potential risk factor for breast and gastrointestinal cancers(13).

Bovine growth hormone was first synthesized in the early 1980s using genetic engineering techniques (recombinant DNA biotechnology). Small-scale industry-sponsored trials showed that it was effective in increasing milk yields by an average of 14 per cent if injected into cows every two weeks. In 1985 the Food and Drug Administration (FDA) in the United States approved the sale of milk from cows treated with rBGH (also known as BST) in large-scale veterinary trials and in 1993 approved commercial sale of milk from rBGH-injected cows(13-16). At the same time the FDA prohibited the special labeling of the milk so as to make it impossible for the consumer to decide whether or not to purchase it(13).

Concerns about the safety of milk from BST-treated cows were raised as early as 1988 by scientists in both England and the United States(14,15,17-22). One of the main concerns is the high levels of IGF-1 found in milk from treated cows; estimates vary from twice as high to 10 times higher than in normal cow's milk(13,14,23). There is also concern that the IGF-1 found in treated milk is much more potent than that found in regular milk because it seems to be bound less firmly to its accompanying proteins(13). Consultants paid by Monsanto, the major manufacturer of rBGH, vigorously attacked the concerns. In an article published in the Journal of the American Medical Association in August 1990 the consultants claimed that BST-milk was entirely safe for human consumption(16,24). They pointed out that BST-milk contains no more IGF-1 than does human breast milk - a somewhat curious argument as very few grown-ups continue to drink mother's milk throughout their adult life. They also claimed that IGF-1 would be completely broken down by digestive enzymes and therefore would have no biological activity in humans(16). Other researchers disagree with this claim and have warned that IGF-1 may not be totally digested and that some of it could indeed make its way into the colon and cross the intestinal wall into the bloodstream. This is of special concern in the case of very young infants and people who lack digestive enzymes or suffer from protein-related allergies(13,14,20,22,25).

Researchers at the FDA reported in 1990 that IGF-1 is not destroyed by pasteurization and that pasteurization actually increases its concentration in BST-milk. They also confirmed that undigested protein could indeed cross the intestinal wall in humans and cited tests which showed that oral ingestion of IGF-1 produced a significant increase in the growth of a group of male rats - a finding dismissed earlier by the Monsanto scientists(25). The most important aspect of these experiments is that they show that IGF-1 can indeed enter the blood stream from the intestines - at least in rats.

Unfortunately, essentially all the scientific data used by the FDA in the approval process was provided by the manufacturers of rBGH and much of it has since been questioned by independent scientists. The effect of IGF-1 in rBGH-milk on human health has never actually been tested and in March 1991 researchers at the National Institutes of Health admitted that it was not known whether IGF-1 in milk from treated cows could have a local effect on the esophagus, stomach or intestines(26,27).

Whether IGF-1 in milk is digested and broken down into its constituent amino acids or whether it enters the intestine intact is a crucial factor. No human studies have been done on this, but recent research has shown that a very similar hormone, Epidermal Growth Factor, is protected against digestion when ingested in the presence of casein, a main component of milk(13,23,28). Thus there is a distinct possibility that IGF-1 in milk could also avoid digestion and make its way into the intestine where it could promote colon cancer(13,22). It is also conceivable that it could cross the intestinal wall in sufficient amounts to increase the blood level of IGF-1 significantly and thereby increase the risk of breast and prostate cancers(13,14).

Despite assurances from the FDA and industry-paid consultants there are now just too many serious questions surrounding the use of milk from cows treated with synthetic growth hormone to allow its continued sale. Bovine growth hormone is banned in Australia, New Zealand and Japan. The European Union has maintained its moratorium on the use of rBGH and milk products from BST-treated cows are not sold in countries within the Union. Canada has also so far resisted pressure from the United States and the biotechnology lobby to approve the use of rBGH commercially. In light of the serious concerns about the safety of human consumption of milk from BST-treated cows consumers must maintain their vigilance to ensure that European and Canadian governments continue to resist the pressure to approve rBGH and that the FDA in the United States moves immediately to ban rBGH-milk or at least allow its labelling so that consumers can protect themselves against the very real cancer risks posed by IGF-1. 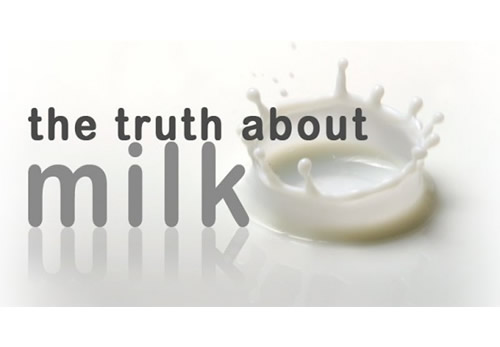