Magnesium is arguably the most important mineral in the body.

According to Norman Shealy, MD, PhD, an American neurosurgeon and a pioneer in pain medicine, “Every known illness is associated with a magnesium deficiency and it’s the missing cure to many diseases.” Not only does Magnesium help regulate calcium, potassium and sodium, but magnesium is essential for cellular health and is a critical component of over 300 biochemical functions in the body.

Even glutathione, your body’s most powerful antioxidant that has even been called “the master antioxidant,” requires magnesium for its synthesis. Unfortunately, most people are not aware of this, and millions suffer daily from magnesium deficiency without even knowing it.

Once thought to be relatively rare, magnesium deficiency is more common than most physicians believe.

Should you worry about magnesium deficiency?

It all depends on your risk factors and presenting symptoms (see below). Also, approximately 80 percent of people have low levels of magnesium, so the chances are that you are probably deficient.

Take note: Only 1 percent of magnesium in your body is in your bloodstream, so often you can have a deficiency, and it would not even be discovered by a common blood test.

Many people may be magnesium deficient and not even know it. But here are some key symptoms to look out for that could indicate if you are deficient:

Seventy percent of adults and 7 percent of children experience leg cramps on a regular basis. But leg cramps can more than a nuisance — they can also be downright excruciating! Because of magnesium’s role in neuromuscular signals and muscle contraction, researchers have observed that magnesium deficiency is often to blame. More and more health care professionals are prescribing magnesium supplements to help their patients. Restless leg syndrome is another warning sign of a magnesium deficiency. To overcome both leg cramps and restless leg syndrome, you will want to increase your intake of both magnesium and potassium.

Magnesium deficiency is often a precursor to sleep disorders such as anxiety, hyperactivity and restlessness. It’s been suggested that this is because magnesium is vital for GABA function, an inhibitory neurotransmitter known to “calm” the brain and promote relaxation.

Taking around 400 milligrams of magnesium before bed or with dinner is the best time of day to take the supplement. Also, adding in magnesium-rich foods during dinner — like nutrition-packed spinach — may help.

Oftentimes linked to autoimmune disorders, this research should encourage fibromyalgia patients because it highlights the systemic effects that magnesium supplements have on the body.

As magnesium deficiency can affect the central nervous system, more specifically the GABA cycle in the body, its side effects can include irritability and nervousness. As the deficiency worsens, it causes high levels of anxiety and, in severe cases, depression and hallucinations.

Magnesium is needed for every cell function from the gut to the brain, so it’s no wonder that it affects so many systems.

Magnesium works partnered with calcium to support proper blood pressure and protect the heart.  So, when you are magnesium deficient, often you are also low in calcium and tend towards hypertension or high blood pressure.

A study with 241,378 participants published in the American Journal of Clinical Nutrition uncovered that a diet high in magnesium foods could reduce the risk of a stroke by 8 percent. (4) This is profound considering that hypertension causes 50 percent of ischemic strokes in the world.

As expected from this data, diets rich in magnesium has been shown to significantly lower the risk of type 2 diabetes because of magnesium’s role in sugar metabolism. Another study discovered that the simple addition of magnesium supplementation (100 milligrams/day) lowered the risk of diabetes by 15 percent!

Low energy, weakness and fatigue are common symptoms of magnesium deficiency. Most chronic fatigue syndrome patients are also magnesium deficient. The University of Maryland Medical Center reports that 300–1,000 milligrams of magnesium per day can help, but you do also want to be careful, as too much magnesium can also cause diarrhea. If you experience this side effect, you can simply reduce your dosage a little until the side effect subsides.

Magnesium deficiency has been linked to migraine headaches due to its importance in balancing neurotransmitters in the body. Double-blind placebo-controlled studies have proven that 360–600 milligrams of magnesium daily reduced the frequency of migraine headaches by up to 42 percent.

The National Institute of Health reports that, “The average person’s body contains about 25 grams of magnesium, and about half of that is in the bones.” This is important to realize, especially for the elderly, who are at risk of bone weakening.

Thankfully, there’s hope! A study published in Biology Trace Element Research uncovered that supplementing with magnesium slowed the development of osteoporosis “significantly” after just 30 days. In addition to taking magnesium supplement, you will also want to consider getting more vitamin D3 and K2 to naturally build bone density.

Are You at Risk?

The four most prominent at-risk groups include

Partly due to increased urination, type II diabetics and people suffering from insulin resistance are known to struggle with proper magnesium absorption.  Lowering glucose concentrations in the kidneys through natural diet changes can be extremely helpful for these patients.

For several reasons, as people age their magnesium levels drop. First and foremost, studies have shown that the elderly simply don’t eat magnesium-rich foods as they did when they were younger.  This is relatively easy to correct. The uncontrollable risk factor, however, is that as we age we naturally experience reduced magnesium intestinal absorption, reduced magnesium bone stores and excess urinary loss.

Alcoholics often experience magnesium deficiency because of a combination of the reasons above. The easiest way to understanding this is to see alcohol as an “anti-nutrient.” It literally sucks the nutrients out of your cells, and prevents proper absorption/utilization of the vitamins and minerals that you consume.I would even go one step further and suggest that regular recreational alcohol use, not just alcohol dependence, can lead to magnesium problems. Consuming 1–2 glasses of wine a week is fine for most people but much more than that is highly taxing on your liver. Alcohol can also deplete the minerals in your body because it causes dehydration, gut floral imbalance, immune system compromise, disturbed sleep patterns and premature aging.

What if you don’t fit in any of these buckets, and you’re young, vibrant and seemingly healthy? Does this mean that you’re off the hook? Not exactly.

Magnesium used to be abundantly present in most foods. However, in recent years, food has less and less magnesium due to the farming practices and changes in growing cycles over the last century.

Studies have shown, for example, that the produce we eat today is a shadow of the nutritional quality of just 60 years ago.

According to a 2011 report published in Scientific American,

A similar study of British nutrient data from 1930 to 1980, published in the British Food Journal, found that in 20 vegetables the average calcium content had declined 19 percent; iron 22 percent; and potassium 14 percent. Yet another study concluded that one would have to eat eight oranges today to derive the same amount of vitamin A as our grandparents would have gotten from one.

The bottom line is that even if you eat a completely organic, non-GMO raw food diet, you’re still at risk because of soil depletion and our current capitalistic farming practices.  Even with this, you still want to make sure you are getting plenty of high magnesium foods in your diet.

If you think you might be more severely magnesium deficient, and you want to improve your levels more quickly, you may consider taking an all-natural supplement.

Magnesium is naturally present in some foods, synthetically added to other food products and available as a dietary supplement. Additionally, it’s found in some over-the-counter medicines, such as antacids and laxatives.

How do you know if you should use magnesium supplements? According to the National Institute of Health, assessing magnesium levels is difficult because most magnesium is inside cells or in the bones and not within the blood. This can make blood test results misleading when it comes to determining a magnesium deficiency.

The most common method for assessing magnesium status is by measuring serum magnesium concentrations in the blood or by measuring concentrations in saliva and urine, but no single method is considered totally comprehensive and accurate. Because magnesium supplements have such few risks for side effects and toxicity, many healthcare professionals are now recommending that adults take supplements regularly to prevent deficiency. 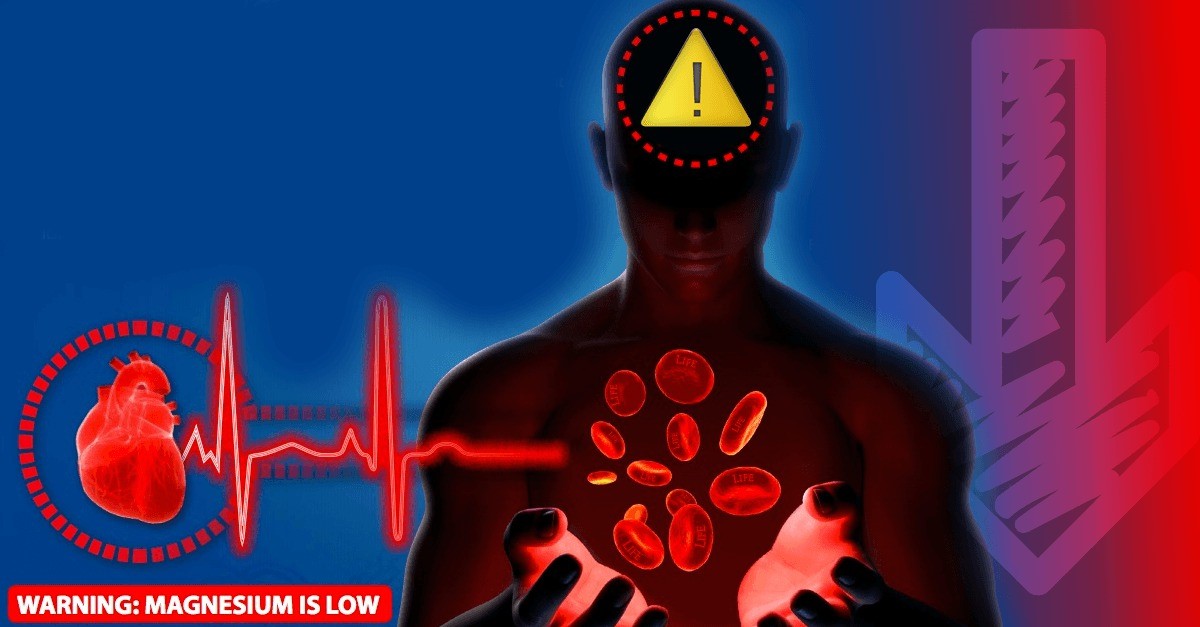 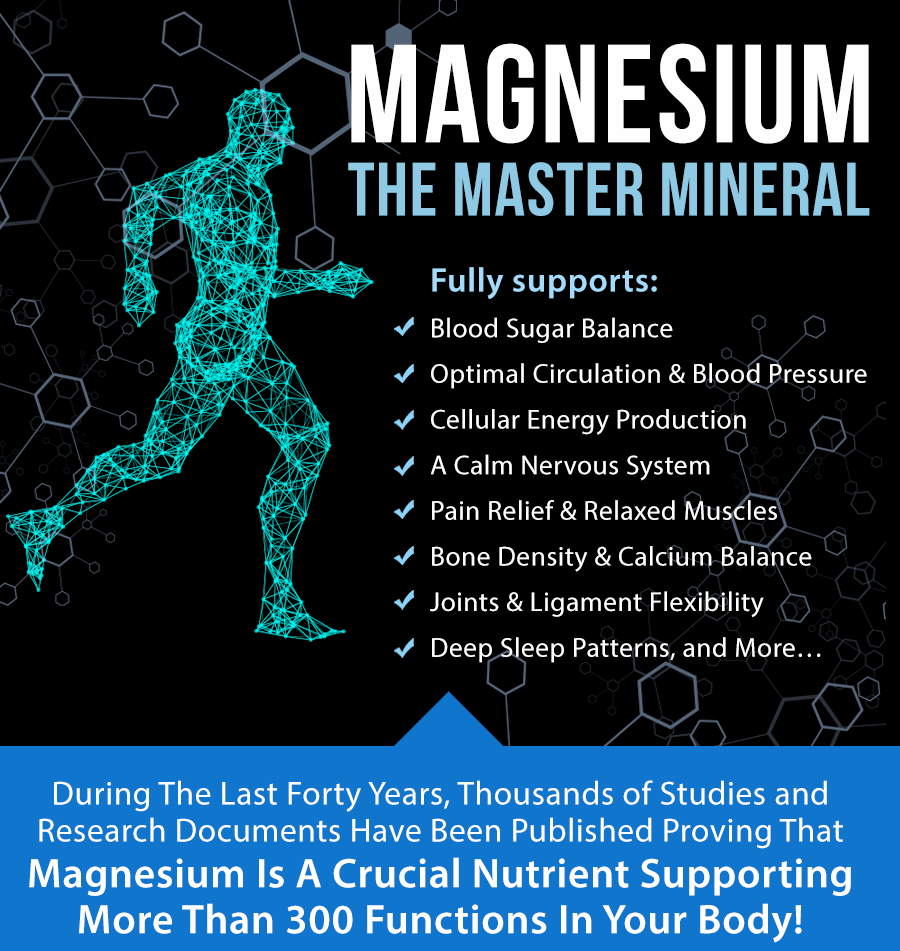