Kale is probably the most healthy vegetable existing on this planet! Some call kale a superfood. Others tell that it is just delicious. Is there a medicinal benefit hidden in this delicacy? It is a member of the brassica oleracea family.

Brussels sprouts, broccoli, Chinese cabbage, and cauliflower are also members of the family. Cabbages in general, are very healthy and share some of their medicinal properties.

250 gram of this green-leafed vegetable delivers 2600% of the RDA for vitamin K. That is the highest amount of vitamin K from a food source. This fact turns kale into nutritional brain food. Vitamin K is especially healthy for the brain. According to scientists, vitamin K is able to slow down diseases like Alzheimer and Parkinson. 250 gram of this vegetable contains 700% of the RDA of vitamin A and 180% for vitamin C. These high percentages of natural vitamin, accompanied by numerous healthy flavonoids that make the medicinal effect stronger, make synthetic supplements look pale. Scientists call this the synergetic effects of all the bio-active components in kale. This synergetic effect is being studied intensively. In 2016 a research team from Italy studied the influence of the components of whole kale and an extract of kale. Whole kale has better medicinal effects than single components from kale. The different components together join in a ´synergetic food matrix´ in which they strengthen each others effect.

250 gram of kale also contains 52% of the RDA of manganese, 20% for copper and 20% for calcium. The nutritional value is good, super good, so kale earns the label superfood. But, there is one thing. German researchers published a study in 2016 that 25 different varieties of kale show different nutritional value. The researchers conclude that is important for farmers to evaluate breeding techniques.

Why are there no nutritional standards?

In our world of today, there are many food standards regulated. But it is not regulated that farmers should use specific techniques to guarantee the standard nutritional value in vegetables. In fact, when vegetables are created without nutrients, is is perfectly legal. This lack of regulations weaken the RDA-recommendations because: when consumers cannot be certain of a standard amount of nutrients, how do they know if they are consuming healthy vegetables?

Other research shows that organically produced vegetables always show higher nutritional content. Buying or growing organic vegetables, is the safest way to guarantee the nutritional value in your vegetables. It is very well possible for governments to regulate this and tell farmers that crops may only be produced in the most effective way when it comes to nutritional value. When crops are produced commercially, you can be certain that nutritional value is not the number 1 priority of farmers, but it should be the concern of all people. This policy would be disease-preventing and therefore good for all people.

Scientists did many studies and it shows that kale lowers the risk of developing cancer. There are four reasons given for this fact:

This last reason is probably the most important reason why kale combats cancerous tumors successfully. A German Nobel prize winner Otto Warburg from the twenties of the 20th century researched the background of the relation between omega 3 deficiency and cancer. From that time, people started to consume margarine and other trans fats. Meanwhile, cancer statistics were starting to show more deaths each year. Warburg proved that there was a clinical relation between margarine and sudden rise of cancer death.

Modern research confirms the views of Warburg. For example, all vegetables which scientifically show a risk-reducing effect for cancer, contain relatively high amounts of omega 3. Omega 3 is a base fatty acid. When margarine was introduced, people start to consume less real butter and therefore less omega 3 acids. Omega 3 proves to be the major substance that protects is from cancer. (Though, not the omega 3 from fish oil, that is a commercial derivative product with possible harmful effects. Fish oil omega 3 as a supplement is a completely different substance which unfortunately is allowed by law to carry the same name. It has no medicinal benefits.)

The high nutritional values ensures a low grade inflammation reducing effect. Western food based diseases like obesity, diabetes type 2, cancer and cardiovascular diseases are prevented by foods with many antioxidants.

Research from 2012 says that to enjoy the nutritional value in the best way, this type of superfood should be eaten raw or blanched. You can put the leafs in a juicer or blender. Scientific research shows that when you drink pure kale juice, it helps to keep the arteries clean. This lowers the risk of cardiovascular diseases. Scientists put it this way: kale improves coronary artery disease risk factors in men who suffer hypercholesterol. Israelian scientists say that kale lowers high homocystein levels. High levels of homocystein is an indicator for cardiovascular problems. Therefore, consuming foods such as kale may be recommended to prevent heart diseases.

There are so many recipes for raw kale salad. Always add a organic oil to a salad to accompany this vegetable with even more beneficial components like omega 3. Eating raw or blanched kale is a good way to benefit from this vegetable as a medicine. The best way to use this medicinal leafs though is to drink it as a juice or smoothie. Use some cucumber, mint and spinach to make your smoothie even more healthy. Zip your smoothie slowly and enjoy your medicine!

Of all the super healthy greens, kale is the king.  It is definitely one of the healthiest and most nutritious plant foods in existence.  Kale is loaded with all sorts of beneficial compounds... some of which have powerful medicinal properties.

1. Kale Is Among The Most Nutrient Dense Foods on The Planet

Before we get to all the benefits, let me briefly explain what kale is.  Kale is a popular vegetable, a member of the cabbage family (Brassica oleracea).  It is related to cruciferous vegetables like cabbage, broccoli, cauliflower, collard greens and brussels sprouts.  There are many different types of kale. The leaves can be green or purple in color, and have either a smooth or curly shape.  The most common type of kale is called curly kale or Scots kale, which has green and curly leaves and a hard, fibrous stem.

2. Kale Is Loaded With Powerful Antioxidants Like Quercetin and Kaempferol

3. It Is an Excellent Source of Vitamin C

4. Kale Can Help Lower Cholesterol, Which May Reduce The Risk of Heart Disease

5. Kale Is One of The World's Best Sources of Vitamin K

6. There Are Numerous Cancer-Fighting Substances in Kale

7. Kale Is Very High in Beta-Carotene

8. Kale Is a Good Source of Minerals That Most People Don't Get Enough of

9. Kale Is High in Lutein and Zeaxanthin, Powerful Nutrients That Protect the Eyes

10. Kale Should be Able to Help You Lose Weight

Fortunately, adding kale to your diet is relatively simple. You can simply add it to your salads or use it in recipes.  A popular snack is kale chips, where you drizzle some extra virgin olive oil or avocado oil on your kale, add some salt and then bake in an oven until dry.  This tastes absolutely delicious and is a great, crunchy and super healthy snack.

A lot of people also add kale to their smoothies in order to boost the nutritional value.  At the end of the day, kale is definitely one of the healthiest and most nutritious foods on the planet.  If you want to dramatically boost the amount of nutrients you take in, consider loading up on kale. 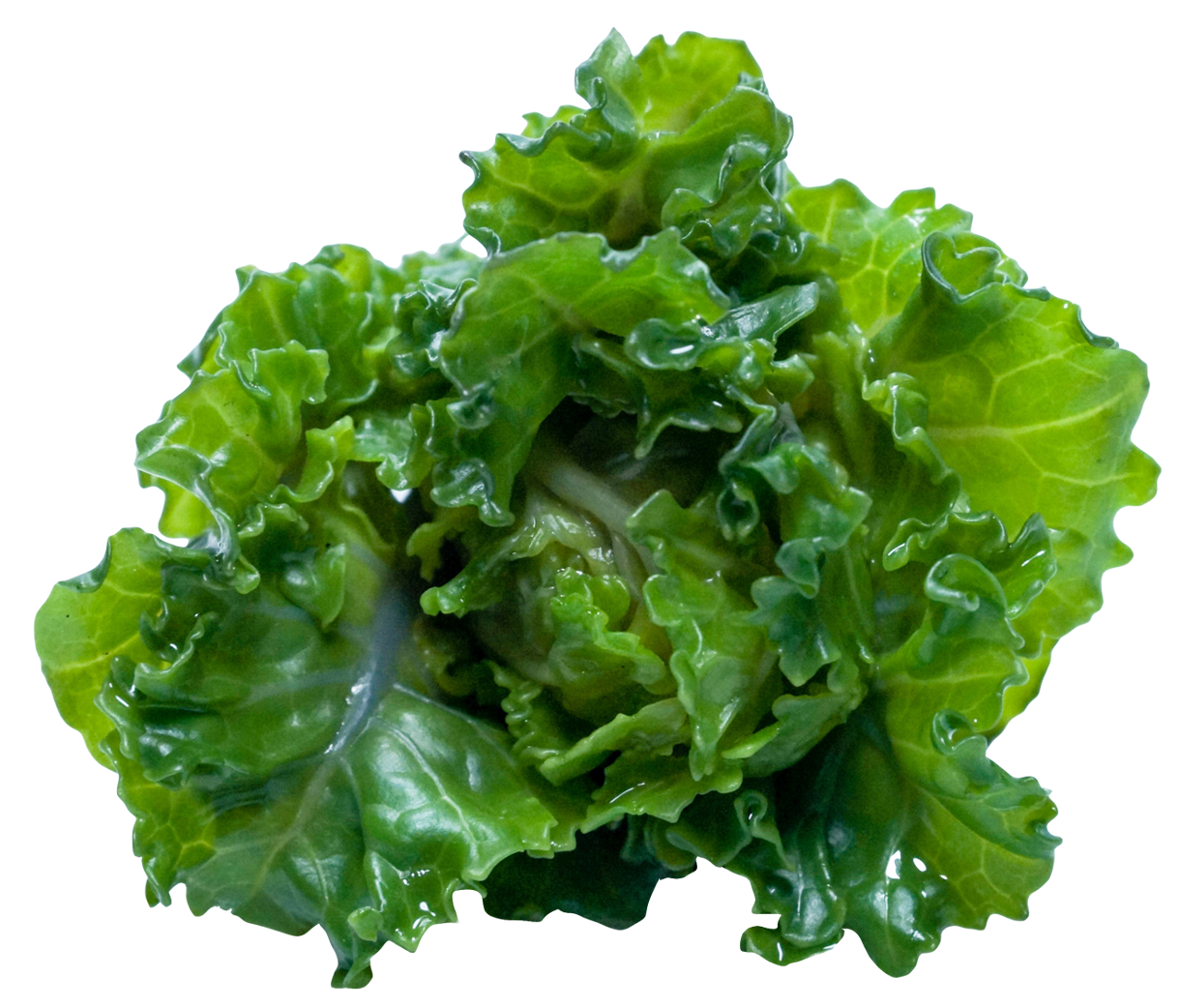