At one time, Vitamin D-2 was added to milk. Vitamin D-2 is manufactured by exposing bacteria and algae to ultra-violet light. D-2 imparted a bitter taste to dairy products, and so was replaced by vitamin D-3.

Basically D-3 always is derived from an animal.

The sunlight reaction that converts 7-dehydrocholesterol to vitamin D-3 is a 'pure' chemical reaction that occurs in your skin in certain cells.

An Introduction To Vitamin D

With Emphasis on the Topics of Chemistry, Sources, Production, Presence in Milk and Nutritional Importance

Purpose of this statement

The objective of this brief statement is to provide some biological and Nutritional background on vitamin D, which is a precursor of a steroid hormone [1,25(OH)2D3] in higher animals, including humans. This will be followed by brief descriptions of vitamin D’s chemistry, nutritional importance, sources, production and presence in milk.

What is a vitamin?

A vitamin is a substance (organic molecule) whose presence is crucial to the normal everyday life function of animals. However, vitamins cannot be directly produced by the animal’s body.  Accordingly, the daily requirements for the vitamin must be met through regular dietary intake of appropriate quantities of the vitamin(s). There are two general chemical categories of vitamins based on their solubility: water soluble vitamins (the B vitamins and others) and fat soluble vitamins (A, D, E and K).

What is a hormone?

A hormone is a chemical messenger that is produced and secreted by specific glands and cells within the body of animals. After secretion of the hormone, it is transported through the bloodstream to designated target organs where the hormone by binding to its specific receptor delivers its "message" to that set of cells. These cells then promptly produce biological responses specific for that hormone.

What is vitamin D and why is it important

Technically the molecule called vitamin D3 is not really a vitamin because it can be produced by exposure of the skin (higher animals and humans) to ultraviolet light or sunlight. The skin of many animals and man has a high concentration of the sterol cholesterol which is converted by enzymes in the skin to the sterol 7-dehydrocholesterol. Exposure of skin (including human skin) to sunlight for regular intervals results in the photochemical conversion of 7-dehydrocholesterol into vitamin D3. This sunlight- generated vitamin D3 is a precursor of the steroid hormone 1,25(OH)2D3. Under these circumstances vitamin D3 is not a vitamin because it has been produced by the body (with the assistance of sunlight). However, if the animal or man lives in the absence of sunlight (e.g., Alaska in the winter) or exclusively indoors, then there is indeed an absolute regular requirement for the fat-soluble vitamin D, that must be met through proper dietary intake.

Therefore, for nutritional and public health reasons, vitamin D3 continues to be classified even today in 2000 officially as a vitamin. Thus, many vitamin capsules and food sources including cow’s milk are supplemented with vitamin D3 to improve their nutritional value.  In the 1940’s this milk supplementation process reduced the incidence rate of juvenile rickets by 85% in the United States.

Vitamin D3 is essential for life in higher animals.  Classically vitamin D3 has been shown to be one of the most important biological regulators of calcium metabolism through stimulating the absorption of calcium from food across the intestine and participating in the incorporation of the absorbed calcium in to the skeleton (2). These important biological effects are only achieved as a consequence of the metabolism of vitamin D into a family of daughter metabolites, including

1,25(OH)2-vitamin D3 [1,25(OH)2D3]. 1,25(OH)2D3, is considered to be a steroid hormone because the general mechanism by which it produces the biological responses attributed to vitamin D is similar to those of steroid hormones (3;4).

It has become increasingly apparent since the 1980s that 1,25(OH)2D3 also plays an important multidisciplinary role in tissues not primarily related to mineral metabolism, e.g. the hematopoietic or blood system, effects on cell differentiation and proliferation including important interactions with keratinocytes and cancer cells, and participation in the processes of parathyroid hormone and insulin secretion (3).

The classic deficiency state resulting from a dietary absence of vitamin D3 or lack of ultraviolet (sunlight) exposure is the bone disease called rickets in children or osteomalacia in adults.  The clinical features of rickets and osteomalacia depend upon the age of onset. The classical skeletal disorder of rickets includes deformity of the bones, especially in the knees, wrists, and ankles, as well as associated changes in the rib joint functions, which have been termed by some as the rachitic rosary (1).

A regular access to vitamin D3 throughout life is important to facilitate the normal absorption into the body of dietary calcium which, in turn, is essential for normal bone health and may diminish or prevent the onset in the elderly of the bone disease osteoporosis.

Since vitamin D3 is produced in the skin after exposure of 7-dehydrocholesterol to sunlight, the human does not have a requirement for vitamin D when sufficient sunlight is available. Man's tendency to wear clothes, to live in cities where tall buildings block adequate sunlight from reaching the ground, to live indoors, to use synthetic sunscreens that block ultraviolet rays, and to live in geographical regions of the world that do not receive adequate sunlight, all contribute to the inability of the skin to biosynthesize sufficient amounts of vitamin D3 (5).  Thus, vitamin D3 does become an important nutritional factor in the absence of sunlight.  It is known that a substantial proportion of the U.S. population is exposed to suboptimal levels of sunlight. This is particularly true during winter months (6;7).  Under these conditions, vitamin D becomes a true vitamin which dictates that it must be supplied in the diet on a regular basis.

Since vitamin D3 can be produced by the body and since it is retained for long periods of time by animal tissues, it has been difficult to determine with precision, the minimum daily requirements for this fat soluble vitamin.

The requirement for vitamin D3 is also known to be dependent on the age, sex, degree of exposure to the sun, season, and the amount of pigmentation in the skin (8).

The adequate allowance for pregnancy and lactation is set at 200 IU/day (5 g/day). These recommendations are all summarized in a 1998 publication from the Food and Nutrition Board of the Institute of Medicine (9).

In the United States adequate amounts of vitamin D3 can readily be obtained from the diet and/or from casual exposure to sunlight. The ultraviolet exposure can be as little as 3 X per week exposure of the face and hands to ambient sunlight for 20 minutes (10).  However, in some parts of the world where food is not routinely fortified and sunlight is often limited during some periods of the year, obtaining adequate amounts of vitamin D becomes more of a problem.  As a result, the incidence of rickets in these countries is higher than in the United States.

What are the sources of vitamin D for humans? Non-Vegan Sources…

Small quantities of vitamin D3 are also found in eggs, veal, beef, butter, and vegetable oils while plants, fruits, and nuts are extremely poor sources of vitamin D.  In the United States, fortification of foods such as milk (both fresh and evaporated), margarine and butter, cereals, and chocolate mixes help in meeting the adequate intake (RDA) recommendations (11). Because only fluid milk is fortified with vitamin D, other dairy products (cheese, yogurt, etc.) only provide the vitamin that was produced by the animal itself.

For vegan sources of Vitamin D follow the link.   This being an educational site, we felt it prudent to warn our vegan viewers of the actual source of their Vitamin D supplements and how these supplements work in the body.....

How is vitamin D produced commercially for food supplementation?

When the critical importance to human health of a regular dietary access to vitamin D3 was understood (in the 1930’s), milk suppliers realized it would be advantageous to their customers’ health to market milk which had been supplemented with vitamin D3. Thus there developed in the 1940’s, and continues to the present, a large business of industrial production of vitamin D3 used for the supplementation of foods for human consumption: milk (both homogenized and evaporated), some margarine and breads. Since the 1960’s vitamin D3 has been used also for the supplementation of farm animal and poultry food. In 1973 in the United States some 290 trillion (290 x 1012) International Units of vitamin D3 was manufactured and sold for over 3 million dollars. This vitamin D3 is the equivalent of approximately 8 tons; [see page 62 of reference (2)].

Next the crystalline 7-dehydrocholesterol is dissolved in an organic solvent and irradiated with ultraviolet light to carry out the transformation (similar to that which occurs in human and animal skin) to produce vitamin D3.  This vitamin D3 is then purified and crystallized further before it is formulated for use in dairy milk and animal feed supplementation. The exact details of the chemical conversion of cholesterol to 7-dehydrocholesterol and the method of large-scale ultraviolet light conversion into vitamin D3 and subsequent purification are closely held topics for which there have been many patents issued (2).

The major producers of vitamin D3 used for milk and other food supplementation are the companies F. Hoffman La Roche, Ltd (Switzerland) and BASF (Germany).

What is the source of vitamin D in milk?

Milk from all lactating animals, including humans, contains vitamin D3 that has been produced photochemically from 7-dehydrocholesterol present in the skin.  In cow’s milk, it has been determined that the concentration of vitamin D3 in milk provided by the cow is roughly 35-70 International Units per quart as determined via biological assay (12) and approximately 5080

International Units as determined by modern chemical mass spectrometric procedures (13).  However, these are rather low levels of vitamin D3 from the perspective of providing the 200-400 IU per day as recommended by the Food and Nutrition Board of the Institute of Medicine (9). Accordingly, as discussed above, the business practice of supplementing cow’s milk with chemically synthesized vitamin D3 was initiated.  At the present-time almost all milk sold commercially in the United States has 400 IU of chemically synthesized vitamin D3 added per quart. Any vendor of milk for human consumption containing added vitamin D3 is required by the US Food and Drug Administration (FDA) to include a notice on the milk carton label. Usually this label states "400 IU of added vitamin D3". However, it is not required by law to indicate either the manufacturer of the added vitamin D3 or the sources of the cholesterol and 7-dehydrocholesterol used for its production.

It is simply not possible to distinguish the origins of the two vitamin D3 preparations by any biological or chemical procedure, because they are the same molecular structure. Further, there is no legal requirement for the manufacturer of the vitamin D3 formulated for human food supplementation to specify the animal sources of the precursor molecules that were employed in the synthesis of the D vitamin.

If a "food product" is construed to include a chemically pure substance that is the same in all animal species, then those individuals with strict religious reasons for avoiding food products from a particular species have,in the instance of milk and vitamin D3, a dilemma. 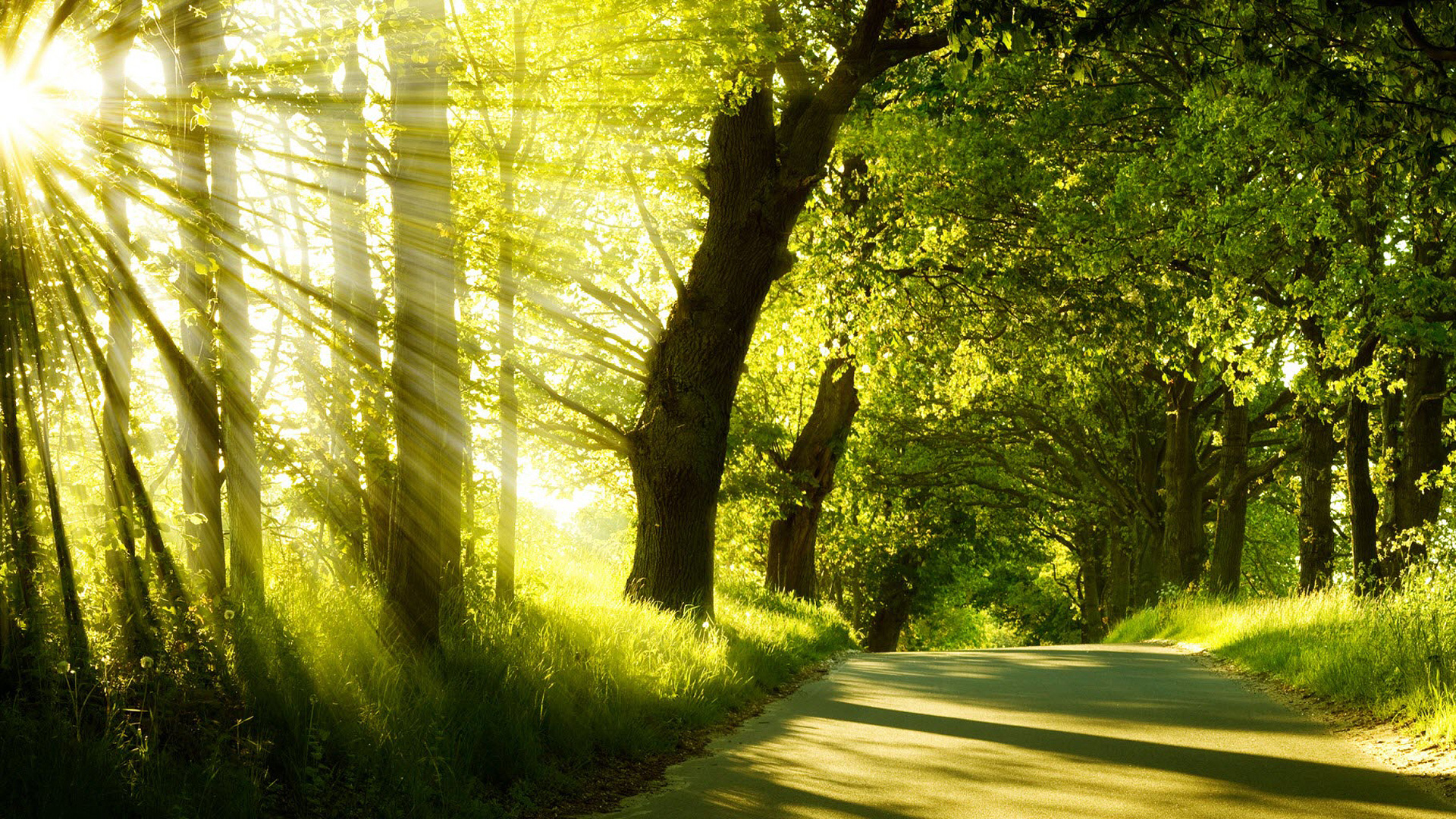