Inclined bed therapy is where one's bed is raised 4 to 8 inches at the head by using bricks, wedges, or blocks to raise it. This can be useful in varied disorders including spinal cord injury, back pain, acid reflux or GERD, sinus and respiratory disorders, sleep apnoea, poor circulation, low metabolism, oedema in the legs, and many other conditions.

The easiest way to do this is to place wood blocks at the locations shown in the picture. Note that if there are legs in the middle of the bed, these must also be supported or the bed could be damaged. If the feet of the bed's legs are more than one inch in diameter and rigid, it may be best if the blocks are made as wedges with the same angle the bed is tilted, which is approximately 5 degrees, although if soft wood is used, such as pine, the feet will probably indent the wood enough to make it stable.

The least expensive method to build riser blocks is to get a piece of 2x8 lumber (actually 1.5 x 7.5 "). Cut the board into 7.5" lengths to make squares 7.5 x 7.5 x 1.5. Glue or screw 4 together in a stack to get a 6" tall block, and 2 together to make the 3" riser for the middle if necessary. However, this is NOT very stable and can be dangerous so is not recommended.   Better than this but still not as sturdy as some would like are adjustable bed risers, which come in sets of 4 or 6 available here. They only adjust between 3.2 to 5.2 inches but are inexpensive and provide a better method than using blocks under the bed legs.

Stable Methods of Raising the Bed.

These are recommended methods to incline a bed.

1. Buy a wedge of foam the entire size of the bed. This is the easiest and very stable but one of the most expensive methods. Half wedges of foam, usually around 24x24" and 6 to 12 inches high can also be used and are commonly available for as little as $20. While this does raise the head and some internal organs and can certainly help those who sleep on their back, it does not provide the same benefit as wedging the entire sleep surface plus will cause the back to bend sideways if sleeping on the side. Whole bed foam should be placed between the mattress and box springs since with the weight distributed by the mattress it does not compress as much plus suffers less wear so cheaper grade foam can be used.

2. Remove the legs of the bed and use risers the width of the bed going all the way across under the frame as shown in the picture above right. For this method 2x6 lumber is cut the width of the bed and glued or screwed together using 4 at the top to make it 6" high while also using 2 at around the midway point. To make this more stable the top piece of wood in each stack can be shaved, sanded, or sawed off a bit to make it the same angle where it contacts the frame (around 4.3 degrees for a 6" rise over 80" bed length) although if using soft wood like pine it will eventually dent the surface and make it more stable. Either way it is best to attach the wood to the frame - drill a hole through the metal of the frame into the wood and screw it down.

3. Method number 2 has the problem of lowering the bed since the legs are removed. This may be desired if the mattress and box springs are already tall and having the additional six inches at the top would make it too tall but most people prefer their bed at a height with legs. In this case one of two methods can be used by attaching a structure under the box springs. In both cases the structure must be attached to the wood of the box springs.

It will probably require three of these per box spring running the entire length of bed - one on each side and one in the middle. Beds in the US are typically 80" or 75" long.

This example shows 80". These must be attached well to the wood structure of the box spring, otherwise a strong lateral force could cause them to collapse. For the upper two-thirds of the triangle, braces or brackets can be used to attach the riser to the box spring frame to provide the most rigidity or just toe-nail or toe-screw them in and use two 2x4 braces on the top section. For the lower third, the riser can be screwed from the bottom directly into the wood of the box spring frame with 2.5 or 3" screws. This method probably requires the least expense.

Shown above are finished risers of this method mounted onto a full size bed's box springs (actually, that's a "bunky board", a 3" thick mattress support made for bunk beds). The 2x6's were screwed in using 2.5 and 3" deck screws (so no pilot holes were necessary) and the lumber was so well toe-screwed at the top that no brackets or braces were necessary but if there is any suspicion at all that they are not sturdy enough, use braces or brackets to strengthen them. The lumber for this was purchased for less than $8. This went on top of the metal framed bed shown in the picture and it was necessary to place padding underneath the risers since the lumber squeaked a bit against the metal bars when moving. An old closed cell foam camping sleeping pad was cut up and used. This also masked the slight difference in the heights of the boards, which were ripped with a handheld circular saw

3b. Use stacked 2x4's, attached to each other and also to the box spring frame, which run the width of the box spring. Although it is probably sufficient to just use two stacks, one at the top and one at the middle, it is better to have three or four stacks to better distribute the weight. Some box spring frames may not be strong enough for a heavy person to plop down halfway between a frame supported with two stacks and the frame could crack, or warp over time even with a light person. Using stacks of 4, 3, 2, and 1 will reduce the chance of this occurring. Again, it is best if the portions of lumber that contact the box spring frame are shaved, sawed, mitred, or sanded to the same angle as the bed as shown in the diagram below.

4. Use an inclined bed riser. This is an insert used along with the frame to provide an adjustable incline, good for those who want to start small, at 2", and build up to 4 or 6".

During my research on the angle in which we sleep, I have worked with many people suffering from a whole range of illnesses, including multiple sclerosis. During my work with MS, it became clear that when horizontal bed rest was avoided in favour of inclined bed rest, with the head end fifteen cm or six inches higher at the head end, night time urine frequency was resolved in almost every single case, and there were many. Also oedema was resolved and this flies in the face of the current gravity/physiology relationship.

In order to determine what was happening with oedema and urine frequency, my wife and I conducted an experiment which involved measuring the specific gravity (density) of urine during different sleeping postures. We measured, horizontal bedrest, head down tilt bedrest and head up inclined bedrest. What we found was remarkable and can be tested by anyone using a simple hydrometer, the type used in home brew kits, to determine the density of urine.

An additional effect of gravity on the body in the head up tilt position is the production of more heat during the night and this increases evaporation from the respiratory tract and skin, therefore reducing the amount of urine we produce and increasing the density of the urine produced.

Increased night time frequency of urination does not necessarily indicate prostate problems in males, it does however indicate that there might be something wrong with sleeping flat in both males and females. 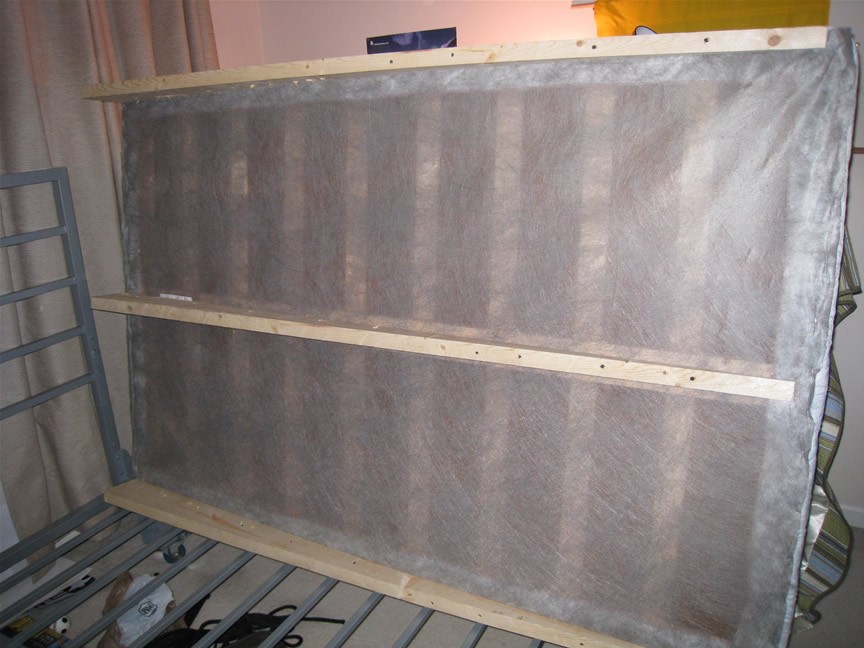