Dr. Michael McDonald is a Researcher on Epidemic, Dreaded and Viral Diseases. After 25 years of research, his work produced the base formulation used within ImmunoClean™.  Dr. McDonald specialises in studying the response of human cells to viral infections and the body's immune system's ability to fight infectious and dreaded diseases. His research concentrates on those diseases that are deemed "incurable' by current scientific standards and which has driven him to adopt his unique methodology to treating diseases.

Dr. McDonald and a team of specialist doctors have spent many years studying every aspect of cancer, its origin and both alternative and allopathic methods of treatment. Along with the interest in cancer and other "incurable" and life threatening diseases, research and studies of as many approaches to the treatment of disease as possible, have beed done. As a result, the use of a multitude of eclectic therapies have been tested to prove or disprove one's own theories and those of others.

Some of these eclectic therapies investigated for their efficacy include: Belladonna in the relief of chronic pain; Hydrogen Peroxide Therapy (I.V. Injections) as a means of controlling foreign invaders, including parasites, viruses, bacteria, yeast/fungus; Thevetia Peruviana seed for obesity; Devils Claw as a source of natural anti-inflammatory and pain relief; Nerium Oleander as a source of natural chemotherapy; Sutherlandia and Oleander for HIV studies; Sodium bicarbonate as an effective treatment for cancer tissues with an acidic nature; Sceletium - (Kougoed) - a natural mood elevator; Vitamin B17 laetril - cyanogenic glycosides from bitter apricot kernels for cancer; Cesium Therapy in Cancer patients; Simple Asparagus as a Cancer Remedy; Royal Raymond Rife; The Hoxsey Remedies; Ozone and its uses in medical therapy; Johanna Budwig And The Budwig Diet; Mushrooms that fight cancer and disease and boost the Immune System; Research on the effect of vibrations on water; Treating cancer with ultra high frequency waves; Crystals and Vibrational Medicine - as an alternative to treating disease, to name but a few. All of these eclectic therapies assisted Dr. McDonald in defining the compounds used in the product, ImmunoClean™ Drops, which today is proving to be a unique and powerful cancer therapy.

Through all the years of research and working alongside scores of doctors and patients, Dr. McDonald began to develop a theory on cancer which is firmly grounded in the Mind-Body Connection. Dr. O. Carl Simonton, a radiation oncologist in Los Angeles California popularized the mind-body connection in fighting cancer and helped push the once controversial notion into mainstream medicine in the early 1980's. His conclusions as to why some patients improved more than others were that patients with a positive attitude lived longer and had fewer side effects. Using this theory as a spring board Dr. McDonald took this one step further and researched the links between positivity, stress, a healthy lifestyle and emotions as a means to "curingâ‚¬ cancer. One view point he researched was that nearly all reported cases of cancer "miraclesâ‚¬ documented reported that the cancer survivor had made dramatic changes to their diet and their lifestyle and had removed stress from their lives.

Although most people endure stress and trauma during their life, it is the way one deals with the stress and whether or not our feelings are repressed and internalised, that largely determines whether or not the body becomes prone to cancer. Cancer is a message to you from your body, communicating that something is not right within your life, whether relating to what you are exposed to physically, mentally and/or emotionally. Cancer should not be seen as a death sentence, but rather an opportunity to heal within. Avoiding ALL external stress and lowering internal stress levels is a critical part of recovering from cancer and should therefore be part of the focus of your recovery to good health.

This protocol has been adapted from the Independent Cancer Research Foundation Inc. Overnight Cancer Cure Protocols by R. Webster Kehr, to suit the administration of ImmunoClean™.

The term "cure," as used in this article, is the alternative medicine definition of "cure," meaning the vast majority of the cancer cells are killed or reverted into normal cells.

This treatment would be regarded experimental, though it has been proven to be totally safe even for very advanced cancer patients. In other words, its safety is NOT experimental, only its effectiveness is experimental. This treatment is based heavily on a great deal of scientific evidence combined with solid cancer theory.

This is also part of the safety of this treatment. Ensure that you apply the transdermal solution at the exact prescribed hour and do NOT alter the total length of the treatment as prescribed in the protocols.

This treatment is designed to transform cancer cells back into normal cells. Killing cancer cells may yield undesirable inflammation and swelling and/or create excess debris from dead cancer cells.

When deciding upon a treatment program, it is adviseable to focus on that protocol and to give it its fair chance of success, rather than using all alternative cancer treatments options simultaneously.

There are two kinds of alternative cancer treatments or products which should NOT be used with this treatment.

Warning for women who are, or might be, pregnant

To ensure that you are NOT allergic to DMSO please perform a skin test prior to beginning the OCC Protocol. Place one drop of DMSO onto your skin and smooth it out over a small area. If one is allergic, a reaction will occur almost immediately. IF no skin reaction (other than perhaps a mild itch), you may begin the OCC protocol one hour after this test.

Why this therapy is called the Overnight Cure for Cancer?

Thus, most alternative cancer treatments must be "paced," meaning doses if taken orally and applications if used transdermally of substances must be limited to the ability of the liver to process the debris from dead cancer cells.

Some of the other alternative treatments that kill cancer cells also cause swelling and inflammation; even tumours can swell during the treatment. The reason for this is that if cancer cells are killed slowly, the immune system will recognize the cells as being "sick" and will attack them. The inflammation, swelling and possibly congestion (for lung cancer) can also cause alternative cancer treatments to need to be paced.

Thus, in theory, a treatment which will reverse cancer cells back into normal cells could cure cancer within 24 hours!! But the only way to do that would be to kill the microbes inside the cancer cells without killing any cancer cells.

HOWEVER, DO NOT BE FOOLED BY THE NAME OF THIS PROTOCOL. By the time you establish you have cancer / tumours the chances are you have had that cancer for at least 8 years. It takes time to rid the body of cancer and tumours CANNOT shrink overnight.

Excluding electromedicine, there are more than a dozen natural substances which are known to be able to reverse cancer cells into normal cells.

The OCC is also safe for the liver, unless the liver has already been damaged by debris from dead cancer cells or chemotherapy. For this reason, our protocol is always a combination of the treatment, together with a continuous liver cleansing and enzyme rich diet, to aid the body in the tumor breakdown and detoxing process.

Kindly Note: This treatment is safe, but there may be individuals who have a reaction to the DMSO, which may cause a slight rash on the skin. This normally heals completely within 3 days from completing the protocol.

For this reason, the combination of a healthy, balanced eating regime, together with exercise for the mind and body and importantly the cleansing and detoxing of the body and organs, is a whole and holistic process to be followed toward health. 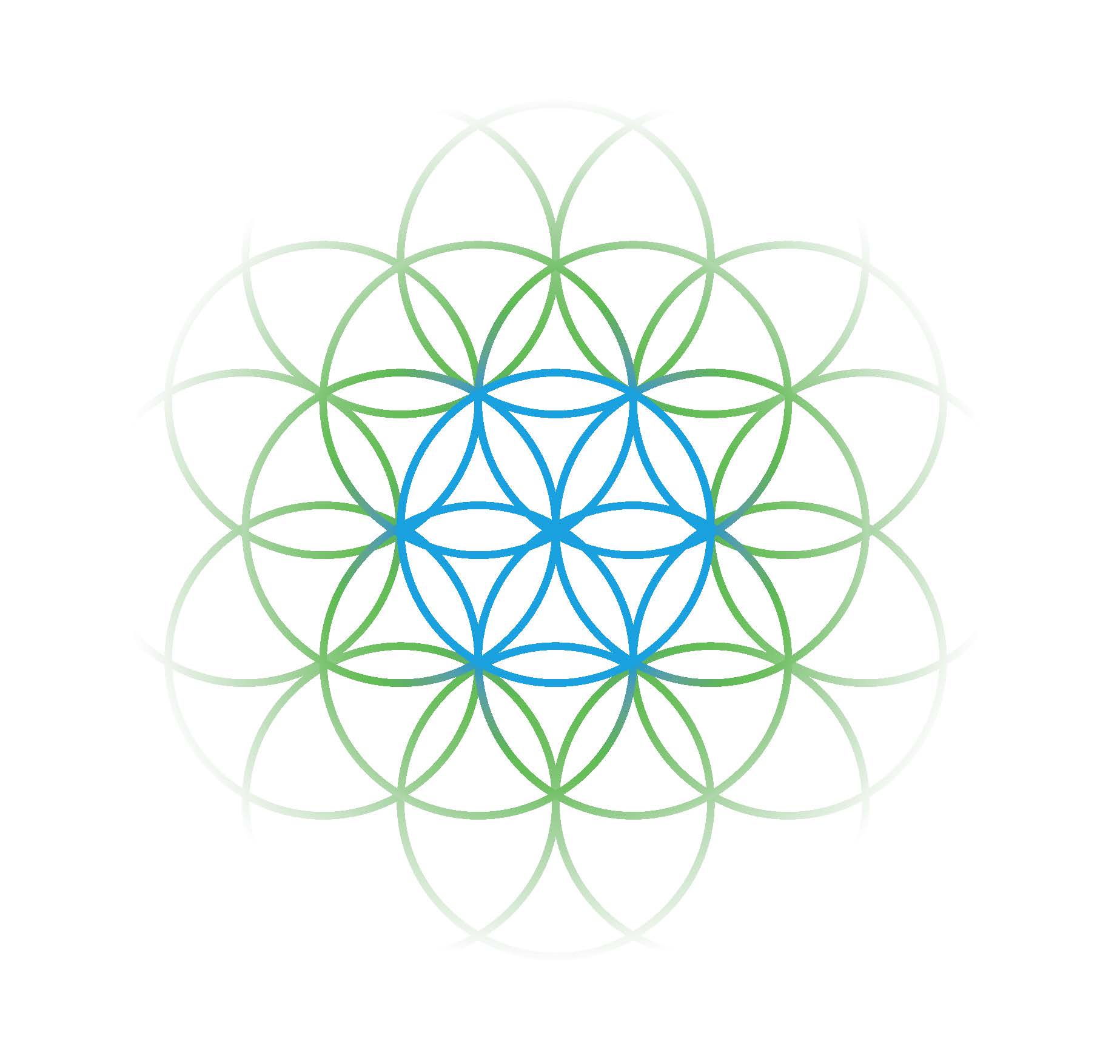