The “epidemics” associated with life in America are the result of the western diet and lifestyle. One of the precursors to a host of other epidemic conditions is high blood pressure. Hypertension, as high blood pressure is also known, affects 30% of the American population and is a preventable condition.

The Western lifestyle—diet, low physical activity levels and stress—contributes to a wide variety of chronic diseases and conditions. These conditions collectively afflict 65% of the adult population, while they are rare in cultures that have been isolated from exposure to a western lifestyle.

In fact, as traditional societies begin to adopt western foods and lifestyles, their incidences of chronic conditions such as cancer, diabetes, heart disease, hypertension, obesity and osteoporosis rose dramatically.

An example of this is found in the Canadian Inuit of Nunavik, Quebec. In September of 2009, Dr. Marie-Ludivine Chateau-Degat told the Canadian Cardiovascular Congress that the recent reach of Western foods has severely impacted the health of the natives.

The traditional Inuit diet had consisted of fish, seafood, caribou, wild fowl and other marine mammal meat before 1992. The consumption of such a diet included physical labor and activity, the pooling of communal resources, social activities centered around the collective good and social ties, and a diet rich in unprocessed foods, sea salt and other nutrients.

By 2004, store-bought foods had mostly replaced the native diet. 95% of the sodium the Intuits’ now ingest comes from processed foods in the form of highly processed, iodized salt. The majority of carbohydrates they ingest come in the form of sugary drinks. Intake of dietary fiber and essential vitamins and minerals has plummeted, while hypertension, diabetes, heart disease and obesity have soared in the population.

Most people don’t even realize they have high blood pressure until serious problems arise.

You can monitor your own blood pressure by measuring your pulse rate. Giving yourself 10 minutes to ensure that you get a resting reading rate, find your pulse on the thumb-side of your wrist (just next to the most prominent bone) or place 2 fingers (but not the thumb) alongside your throat (to either side and above the Adam’s apple.)

While watching the seconds tick on a clock, count the number of beats you feel for 30 seconds. Double this figure to get your resting heart rate. Alternately, you can count the beats for just 10 seconds and multiply the number by 6.

This number varies with time of day, activity, age and emotional status but 60-80 beats per minute is the average adult resting heart rate. Athletes generally have lower numbers. A resting heart rate that is over 90 can signify a problem.

Results of high blood pressure include:

Got high fructose corn syrup? If you eat any packaged foods or sodas, most likely you do, and you’re also more likely to develop hypertension (among other problems) because of it. People in general, consume 30% more sugar than they did just 20 years ago and 4 times as much as they did 100 years ago, before the advent of highly processed foods. The obesity rates then were less than 5%, while today 64.5% of adults are overweight and 30.5% are obese.

Another study has looked at American sodium intake. Highly refined salt exists in large amounts in processed foods. The study predicted that reducing sodium intake could eliminate 11 million cases of high blood pressure and save the U.S. $32 billion annually.

HOWEVER, DBMs approach to this is in fact NOT to reduce salt intake, but to remove the source of the problem which is the poor diet of store-bought and fast foods.

Research estimates that more than 77% of America’s sodium intake comes in the form of processed foods rather than salt added to foods while cooking or eating at home. Fast food, another fixture of the western lifestyle, is loaded with sodium. Replace all processed and refined salt with natural sea salt.

Regular exrcise exercise and a healthy WFPB diet play a large role in the development (or not) of hypertension. One of the most detrimental components of the western lifestyle is stress. Managing stress includes relaxation techniques such as deep breathing, yoga, journaling or art therapy.

You can raise your blood pressure to alarming levels just by thinking or stressing about events.   Imagined events have as much physiological effect as real ones. This is the basis of Post Traumatic Stress Disorder and the improvement of performance in businessmen and Olympic athletic gains with visualization.

The western lifestyle might include career and lifestyle choices that incite chronic disease but that doesn’t mean that you miust prescribe to them. Going against a cultural current takes strength, but the failure of our cultural norm has contributed to the splintering of its route and the availability of alternate paths.

The fight for a culture’s health depends less on science that focuses on finding magical cures in drugs, and more on making fundamental shifts in food production, availability, our connections to food, our work life and stress factors, and re-prioritizing values. The best preventative measure? A healthy lifestyle. It’s common sense, really. With this article and the others on this site, you are now equipped to truly maximize your health

Some variation in blood pressure throughout the day is normal, especially as a response to small changes in daily life like stress, exercise, or how well you slept the night before. But fluctuations that occur regularly over a number of doctor visits may indicate an underlying problem.  Blood pressure does tend to change during the day. When we wake up, it typically is somewhat higher than it is after we've had a chance to sit down, eat some breakfast. Blood pressure is also higher first thing in the morning because when we get up from a lying position, many of us get a sudden rush of adrenaline, and that adrenaline tends to raise one's blood pressure and heart rate.  Many of us also tend to be - think about all the different things we have to do during the course of the day. And it's important for people to realize that there's going to be fluctuations from minute to minute in one's blood pressure.

All humans have a natural daily rise and fall in blood pressure that corresponds with their circadian rhythm. For most people, blood pressure will be at its lowest in the early morning hours and then rise through the late morning and peak in midafternoon. Typically, this range will be about 10 to 15 millimeters of mercury on the upper, or systolic, value, which represents the peak pressure in the arteries; and five to 10 millimeters of mercury on the lower, or diastolic, value, which represents the lowest pressure at the resting phase of the cardiac cycle. 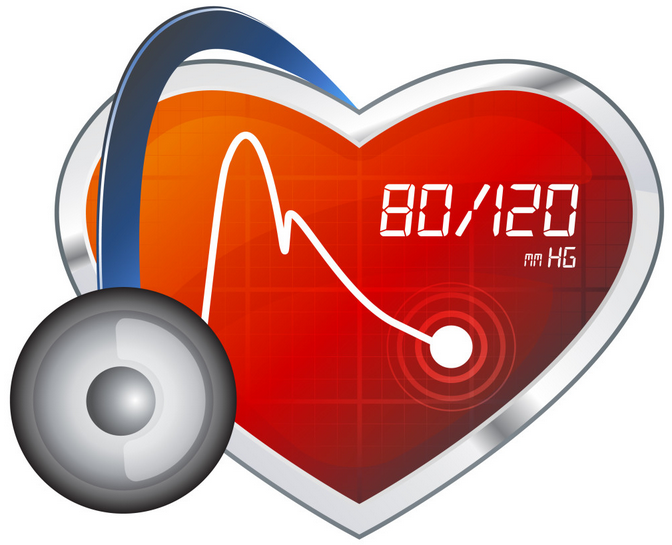