One of the most promising areas of GSH research is the role that it plays in cancer. “By conferring resistance to a number of chemotherapeutic drugs,” an important 2004 study published in the Cell Biochemistry and Function highlights, “Elevated levels of glutathione in tumor cells are able to protect such cells in bone marrow, breast, colon, larynx and lung cancers.”

The reverse is also true. According to Italian researchers from the Department of Experimental Medicine, Section of General Pathology (Genoa), GSH deficiency causes cells to be more vulnerable to oxidative stress, which contributes to cancer development.

In fact, a growing number of researchers are now crediting the increase in neurological disease and cancer to glutathione deficiency.

As researchers have continued to investigate these phenomena, they have actually discovered that GSH is a more potent anti-cancer agent than previously anticipated. In the words of Jeremy Appleton, ND – chairman of the department of nutrition at the National College of Naturopathic Medicine in Portland, Oregon:

“If you look in a hospital situation at people who have cancer, AIDS, or other very serious disease, almost invariably they are depleted in glutathione. The reasons for this are not completely understood, but we do know that glutathione is extremely important for maintaining intracellular health.”

Because no one knows for sure the exact reasons why GSH is depleted in these patients and why it’s so effective in fighting against cancer, some question its health benefits. Some even claim that it can harm you!

Naturally made by our cells, there is no record of people “overdosing” on glutathione when supplementing from the natural sources that I discuss below. There are, however, clinical trials highlighting that asthmatics shouldn’t inhale glutathione because it may constrict their airways. Also, scientists are unsure as to how the body responds to synthetic varieties like the pills that you can get online or at your local health food stores. My recommendation is to stay with the  natural sources and skip the man-made stuff.

The bottom line, according to Appleton, is that,

“There’s no evidence that supplementing with glutathione, even intravenously, is in any way going to make any cancer worse. In fact, the evidence we have suggests the opposite. It suggests that glutathione and other antioxidants, far from interfering with the activity of chemotherapy, appear to reduce side effects without decreasing efficacy and may, in fact, improve the efficacy of the chemotherapy in fighting cancer.” 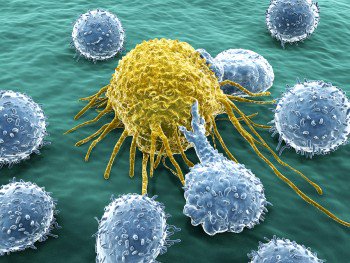