Fulvic Acids: What are They? Where Do They Come From? What Can They Do? Why Do We Need Them?

Though virtually unknown to the layman, there is perhaps no substance more vital to life, (with the possible exception of oxygen and water) than the biologically derived compounds known as HUMIC and FULVIC ACIDS. Fulvic acids enter into all life processes within plants and animals and as such wears many hats. When necessary; they act as “free radical” scavengers, supply vital electrolytes,[enhance and transport nutrients, make water wetter, catalyze enzyme reactions,increase assimilation, stimulate metabolism, chelate and humanize essential major and trace elements,and demonstrate amazing capacity for electro-chemical balance.

Despite the fact that scientists worldwide have published thousands of papers relative to “fulvic acids” and their effect on living matter, they have received limited public exposure because of the inability to produce and commercialize these substances. Researchers consider water extracts of 30 parts per million (ppm) as being a high concentration. For obvious reasons the knowledge of fulvic acids have been confined primarily to a small specialized sector of the scientific community.

How Are They Formed?

Fulvic acid is a derivative of microbial degradation of humic substances. Microorganisms are essential to the process Each gram of healthy top soil has in excess of four billion microorganisms that participate in manufacturing bio-chemicals essential to healthy plants and animals. If they were to fail our lives would cease. A better perspective of their importance can be gained by looking at the work they do. Microorganism activity in preparing one acre of top soil, expends the equivalent energy of 10,000 people doing the same amount of work in the same amount of time.

What Humic Substances Do in the Soil

In addition to duplicating many of the positive functions of humic acid, fulvic acid will benefit the body in a whole host of ways - see chart: Fulvic Acid Benefits.

Who and What Are We?

Biologically as humans we consist of varying amounts of the following major and minor elements:

Plus, traces of aluminium, bromine, cobalt, copper, fluorine, manganese, nickel, silicon, sodium, zinc, and all the additional (as yet) undiscovered trace element needs being added to the list as our knowledge increase. 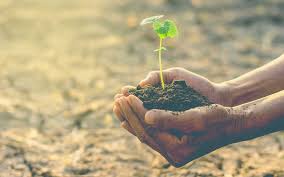