Most Calcium Supplements Don't Seem To Be Effective

It has become obvious that calcium supplements are not working properly. People continue to suffer deficiency and degenerative diseases in spite of efforts from the medical profession to remedy the problem. People that have had large amounts of calcium in their water supply, milk, and other mineral sources, show no improvement either.  How is the human body meant to obtain calcium? It is a well known fact that the human body was meant to eat a diet high in fresh fruits, vegetables, and grains. In that knowledge is the answer and key to the problem.

Fresh food crops grown in balanced organic soil, high in compost and teaming with microbes would contain ample fulvic acid and vegetal silica. Yet today our crops are grown in near sterile soil with few microbes, little fulvic acid, and are picked, refrigerated and stored until they are often not very fresh anyway. Yet how would vegetal silica and fulvic acid help with calcium?

The public will be interested to learn that major calcium benefits are best derived from vegetal silica and not from calcium. As more and more information is discovered about the profound importance of silica in the human diet, noted researchers are suggesting that silica should be listed as an “essential” element. Among those researchers is Professor Louis C. Kervran, a former Minister of Health in France. Aided by the official laboratories of France, Kervran and associates concluded that the calcium needed by animal cells seldom is derived from mineral calcium, rather, it is the product of “biological transmutations” from silica and other elements.

They found that chickens totally deprived of calcium produced soft shelled eggs. When “mica” was added to their diets, the hens' ability to lay calcium rich, hard shelled eggs was restored. Mica contains no calcium; but, it does contain potassium and silica, both of which can be biologically transmutated into calcium.

Kervran found that an analysis of incubated chicken eggs revealed that hatched chick's contained 400% more calcium than did the egg from which they came. Examination of eggs prior to incubation, revealed the yoke and the white to be separated from the shill by a membrane rich in organic silica. After incubation, the membrane was no longer present. The silica had transmutated into calcium, which accounted for the four fold increase of calcium in the hatched chicks.

These same researchers conducted other controlled animal experiments. When vegetal silica was added to the diets of animals with broken bones, the bones healed much faster and stronger than the bones of a control group of animals deficient in vegetal silica but rich in mineral calcium.

Absence of Silica In Conjunction With Degenerative Disease

Patients with degenerative diseases nearly always show a considerable deficiency of silica in their bodies. It has been found that geographical areas rich in vegetal silica have lower cancer rates, while the opposite is true of locales with high calcium intake and low soluble silica.

It becomes obvious then, that fulvic acids complexed with vegetal silica, which is in nature perfect organic plant form, can provide components necessary for transmutation to calcium in our bodies. Fulvic acid has been found to be especially good at dissolving organic silica. Fulvic acid also provides the perfect electrolyte to allow bio-reactions associated with transmutations of minerals to take place in the cell. It is believed through observations, that vegetal silica complexed with fulvic acid has the unique ability to help dissolve metallic minerals in diseased tissue and transmutate and relocate useable new mineral complexes to other areas needed by the body.

Professor Kervran also found that vegetal silica transforms to mineral silica as plants age or over mature. Experiments showed that the mineral silica became more harmful because it decalcifies the body.

So it is important to realize that only young fresh rapidly growing plants contain soluble vegetal silica. And it is important to know that this from of silica in conjunction with natural enzymes and bio-factors found in fulvic acid, most likely maximizes benefits essential to production of calcium in our bodies.

It is also important to understand that most commercial sources of vegetal silica are unreliable as to the age and maturity of plants, and often contain mature mineral silica. Farmers and suppliers will often sell whatever they can get to meet market demand. They don't really understand the implications.

It is important to bear in mind that it is imperative to have a very reliable source to obtain high concentrations of helpful vegetal silica. It must be harvested from actively growing young plants to be of proper benefit.

Ultimately the answer to the calcium crisis lies in the human consumption of crops grown under optimum organic conditions with abundant natural fulvic acid and trace minerals that would be high in soluble vegetal silica. In the mean time supplementations with fulvic acid complexed with vegetal silica extract will accomplish similar results.

Fulvic Acid and vegetal silica appear to have the unique ability to interact positively with degenerative calcium deposits and unhealthy cone structures in the body. Arthritis sufferers taking a combination of fulvic acid and vegetal silica have noticed an immediate and marked increase in discomfort, and this has continued for 1 to 2 weeks or sometimes longer after beginning of use. This discomfort is believed to be due to the breakdown of calcium deposits in the joints and its ongoing and subsequent mobilization, dissolution, and removal. It is further believed that these calcium deposits react with the fulvic acid minerals, and silica and transmutate in to more suitable forms that become beneficial to the body. After the painful period, the discomfort begins to diminish and noted relief of symptoms begins. Some arthritis sufferers notice the beginning of relief in 2 to 3 weeks. Others may take longer, yet show signs of relief after several months of use. Some people notice significant relief of arthritis symptoms in about 30 days. A significant number of people report total relief in 1-5 months. 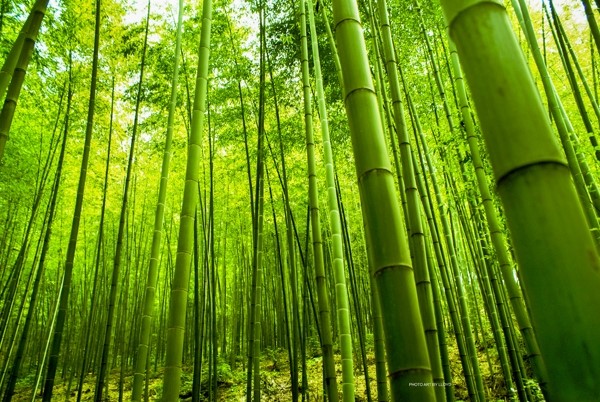