Epstein-Barr virus, frequently referred to as EBV, is a member of the herpes virus family and one of the most common human viruses. The virus occurs worldwide, and most people become infected with EBV sometime during their lives.

In the United States, as many as 95% of adults between 35 and 40 years of age have been infected. Infants become susceptible to EBV as soon as maternal antibody protection (present at birth) disappears.

Many children become infected with EBV, and these infections usually cause no symptoms or are indistinguishable from the other mild, brief illnesses of childhood. In the United States and in other developed countries, many persons are not infected with EBV in their childhood years.

When infection with EBV occurs during adolescence or young adulthood, it causes infectious mononucleosis 35% to 50% of the time.

There are no known associations between active EBV infection and problems during pregnancy, such as miscarriages or birth defects. Although the symptoms of infectious mononucleosis usually resolve in 1 or 2 months, EBV remains dormant or latent in a few cells in the throat and blood for the rest of the person's life.  Periodically, the virus can reactivate and is commonly found in the saliva of infected persons. This reactivation usually occurs without symptoms of illness.

EBV also establishes a lifelong dormant infection in some cells of the body's immune system. A late event in a very few carriers of this virus is the emergence of Burkett's lymphoma and nasopharyngeal carcinoma, two rare cancers that are not normally found in the United States.

EBV appears to play an important role in these malignancies, but is probably not the sole cause of disease.

Transmission of this virus through the air or blood does not normally occur. The incubation period, or the time from infection to appearance of symptoms, ranges from 4 to 6 weeks. Persons with infectious mononucleosis may be able to spread the infection to others for a period of weeks.

However, no special precautions or isolation procedures are recommended, since the virus is also found frequently in the saliva of healthy people. In fact, many healthy people can carry and spread the virus intermittently for life. These people are usually the primary reservoir for person-to-person transmission. For this reason, transmission of the virus is almost impossible to prevent.

The clinical diagnosis of infectious mononucleosis is suggested on the basis of the symptoms of fever, sore throat, swollen lymph glands, and the age of the patient. Usually, laboratory tests are needed for confirmation. Serologic results for persons with infectious mononucleosis include an elevated white blood cell count, an increased percentage of certain atypical white blood cells, and a positive reaction to a "mono spot" test.

There is no specific treatment for infectious mononucleosis, other than treating the symptoms. No antiviral drugs or vaccines in allopathic medicines are available. Some physicians have prescribed a 5-day course of steroids to control the swelling of the throat and tonsils. The use of steroids has also been reported to decrease the overall length and severity of illness, but these reports have not been published.

We do not agree with the use of steroids. IMMUNOClean™ (UNA3) was formulated to sterilise the body of viral, bacterial and fungal infections, so in our opinion maintaining a healthy immune system is vital to maintaining good health. IMMUNOClean™ (UNA3) will clear the viral infection and then the next step of the protocol would be to ensure the immune system is optimised.

It is important to note that symptoms related to infectious mononucleosis (Glandular Fever) caused by EBV infection seldom last for more than 4 months. When such an illness lasts more than 6 months, it is frequently called chronic EBV infection. However, valid laboratory evidence for continued active EBV infection is seldom found in these patients.

The illness should be investigated further to determine if it meets the criteria for chronic fatigue syndrome, (CFS). This process includes ruling out other causes of chronic illness or fatigue. 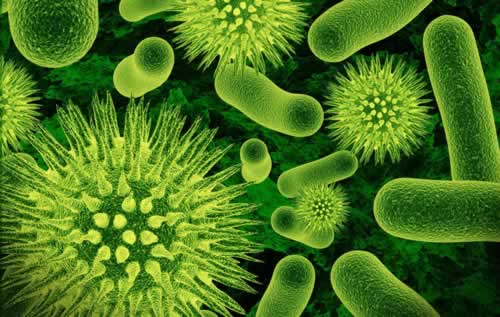