Cloves offer many health benefits, some of which include aid in digestion, fighting against cancer, protecting the liver, boosting the immune system, controlling diabetes, preserving bone quality, and containing anti-mutagenic and anti-microbial properties, as well as fighting against oral diseases and headaches, while also displaying aphrodisiac properties.

Cloves are one of the spices indigenous to Asian countries like Indonesia, India, Pakistan, and even areas of East Africa. It is native to the Maluku islands in Indonesia. They are a popular flavoring agent used in a variety of ways across the world, particularly in Asia. Cloves form the culinary base in a number of different Asian cuisines.

Clove, just like many other spices originating in Asia, has a great history behind it. During the 13th and 14th centuries, cloves were transported all the way from Indonesia to China, India, Persia, Africa, and Europe. During this time, cloves had a very high price, thus wars for monopoly over clove production and distribution began. Many wars were waged in order to control the islands of Maluku during both the medieval and modern period. The Dutch emerged victorious and held the Maluku islands for a very long time. Today, clove is a very important commercial crop all around the world.

Clove is the dried bud of the flower from the tree Syzygium aromaticum. It belongs to the plant family named Myrtaceae. The plant is an evergreen plant growing in tropical and subtropical conditions. Clove is an herb and people use various parts of the plant, including the dried bud, stems, and leaves to make medicine. Clove oil is also famous for its medicinal properties.

Clove has been used for thousands of years in India and China not only as a spice and condiment but also as a medicine for many ailments. Ayurvedic medicining used cloves for tooth decay, halitosis, and bad breath. In Chinese medicine, clove was considered to possess aphrodisiac properties.

According to the National Nutrient Database for Standard Reference, the nutrients found in 100 grams of cloves include 65 grams of carbohydrate, 6 grams of protein, 13 grams of total lipids, 2 grams of sugars, 274 kcal of energy and 33 grams of dietary fibers. Minerals in cloves include calcium, iron, magnesium, phosphorous, potassium, sodium, and zinc. The vitamins found in them include vitamin C, thiamin, riboflavin, niacin, folate, vitamin B6, vitamin B12, vitamin A, vitamin E, vitamin D, and vitamin K.

Certain bioactive compounds have been isolated from clove extracts. Some of them include flavonoids, hexane, methylene chloride, ethanol, thymol, eugenol, and benzene. These biochemicals have been reported to possess various properties, including antioxidant, hepatoprotective, anti-microbial, and anti-inflammatory properties.

Health Benefits of Cloves Include

Cloves improve digestion by stimulating the secretion of digestive enzymes. Cloves are also good for reducing flatulence, gastric irritability, dyspepsia, and nausea. They can be roasted, powdered, and taken with honey for relief in digestive disorders.

Cloves have been tested for their antibacterial properties against a number of human pathogens. The extracts of cloves were potent enough to kill those pathogens. Clove extracts are also effective against the specific bacteria that spread cholera.

Cloves are of interest to the medical community due to their chemo-preventive or anti-carcinogenic properties. Tests have shown that they are helpful in controlling lung cancer at its early stages.

Cloves contain high amounts of antioxidants, which are ideal for protecting the organs from the effects of free radicals, especially the liver. Metabolism, in the long run, increases free radical production and lipid profile, while decreasing the antioxidants in the liver. Clove extracts are helpful in counteracting those effects with its hepatoprotective properties.

Cloves have been used in many traditional remedies for a number of diseases. One such disease is diabetes. In patients suffering from diabetes, the amount of insulin produced by the body is not sufficient or insulin is not produced at all. Studies have revealed that extracts from cloves imitate insulin in certain ways and help in controlling blood sugar levels.

The hydro-alcoholic extracts of cloves include phenolic compounds such as eugenol and its derivatives, such as flavones, isoflavones and flavonoids. These extracts have been particularly helpful in preserving bone density and the mineral content of bone, as well as increasing tensile strength of bones in case of osteoporosis.

Mutagens are those chemicals that change the genetic makeup of the DNA by causing mutations. Biochemical compounds found in cloves, like phenylpropanoids, possess anti-mutagenic properties. These were administered on cells treated with mutagens and they were able to control the mutagenic effects to a significant rate.

Ayurveda describes certain plants to be effective in developing and protecting the immune system. One such plant is clove. The dried flower bud of clove contains compounds that help in improving the immune system by increasing the white blood cell count, thereby, improving delayed-type hypersensitivity.

Cloves possess anti-inflammatory and pain-killing properties. Studies on clove extracts being administered in lab rats, suggest that the presence of eugenol reduced the inflammation caused by edema. It was also confirmed that eugenol has the ability to reduce pain by stimulating pain receptors.

Cloves can be taken for gum diseases like gingivitis and periodontitis. Clove bud extracts significantly control the growth of oral pathogens, which are responsible for various oral diseases. Cloves can also be used for toothaches due to their pain-killing properties.

Headaches can be reduced by using cloves. Make a paste of a few cloves and mix it with a dash of rock salt. Add this to a glass of milk. This mixture reduces headaches quickly and effectively.

Side Effects of Using Clove

Clove Oil: Clove oils must not be used directly; instead they must be diluted either in olive oil or in distilled water. Clove extract oil is generally considered to be safe, but certain studies have revealed that they possess cytotoxic properties. There are two major components present in clove extract oil, eugenol, and B-caryophyllene. These compounds were particularly effective against fibroblasts and endothelial cells. 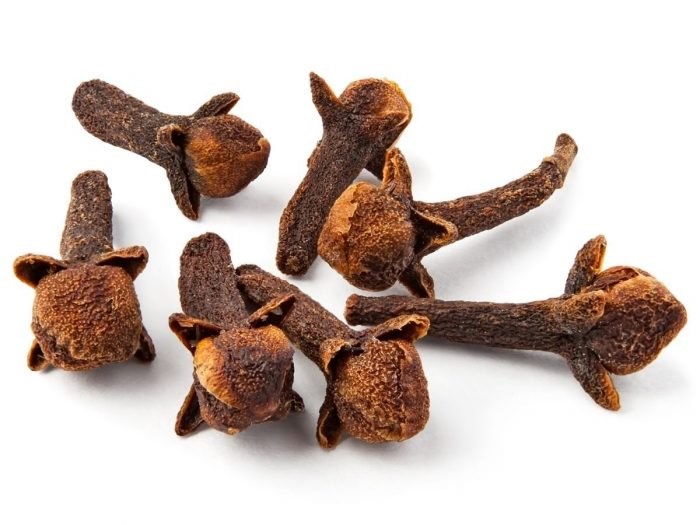 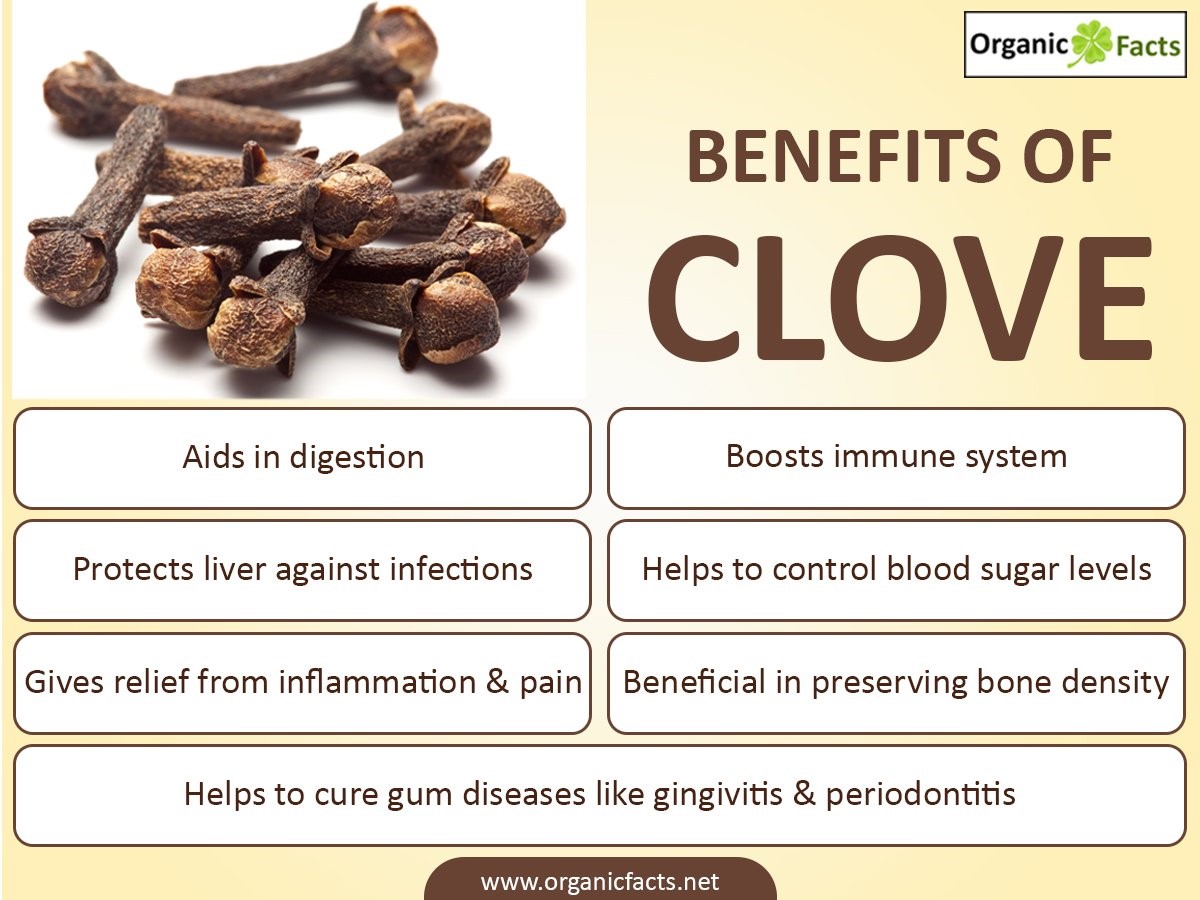