Let’s talk propulsion for a minute.

Normal elimination involves rhythmic contraction of the muscles in the colon wall, to push the waste outward - peristalsis.  It is normal to eliminate two or more times per day. Transit time: how much time between food in and waste out. Normal transit time is less than 24 hours. This means that only two or three meals should be in transit throughout the digestive tract at a time. Today’s breakfast IN pushes yesterday’s breakfast or lunch Toxic fecal matter is supposed to totally leave the body in one day, not hang around to toxify. That’s the design. Many people you know have been brought up to think that it is normal to eliminate only once every two or three days, or even longer. That means they are storing NINE meals or more in the tract at all times. The waste from nine meals or more is always inside them.

The problem is that the longer the food is in the colon, the more it begins to rot and toxify the body. Modern soft foods and empty junk foods have greatly increased transit time, for two reasons:

1. They are indigestible
2. They lack fibre

The colon thus becomes a breeding ground for pathological bacteria whose toxic byproducts further add to the totality of biochemical poisons. All these toxins are then available to be re-absorbed into the bloodstream, because of Leaky Gut Syndrome. That means hyper permeability of the gut wall: decayed food bits etc. gets through into the bloodstream which shouldn’t get through, because of the destruction of the cells of the colon’s lining. Large molecules of rotting fats, proteins, and carbohydrates, which also may drag along with them the toxic wastes of the pathological bacteria that have been breeding in the putrid sludge, all this can leak through into the bloodstream. From there the toxins have access to every cell in the body. Do you have a clearer understanding now?

Let’s hypothesize a lot of indigestible chips and margarine into the mix. No enzymes. Less than one glass of water per day. That’s right – we’re making cement here. Solid compacting of un-metabolised sewage, daily pasted and encrusted in ever-thickening layers along the inside folds, the haustrae, of the colon. Mucoid plaque. Think the inside diameter of that shotgun barrel is getting bigger, or smaller year by year?

The third most common cancer in is colon cancer. Simple mechanism: blockage of inflow and outflow by rotting sludgy plaque. Surface lining cells swim in toxins day in day out, for weeks and months. The body can’t receive vital nutrient and can’t get rid of wastes.

Colon cancer has also long been linked directly to the chlorination of municipal drinking water.  The mechanism is simple: chlorine sterilizes the colon by killing off the normal friendly bacteria which should live there.

With no flora, sludge builds up and the delicate epithelial cells of the colon lining become packed with toxic decaying waste. Same scenario: the cells can’t perform the two necessary functions of every living cell – nutrition and waste removal. Many cells die, but others simply mutate. That’s what cancer is: altered, or mutated, cells.

Sections of the colon can collapse and become very narrow, like ribbons, easily blocked with hardened waste. This creates a condition called Crohn’s Disease, and the narrow sections are called strictures. Extreme force is then necessary to propel waste past these blocked narrow passageways. Between the narrowed sections, out-pocketings of toxic poisons can then balloon out, due to lack of normal transit of wastes. These pockets are very hospitable environments for bad bacteria and parasites to set up shop. Imagine the potency of by-products given off by pathological bacteria who are themselves feeding off toxic sludge.

Resection, or cutting away a problem length of the colon, is a common medical recommendation in the persistent “problem colon” case. Sometimes the impacted waste has become like hard rubber or even calcified like cement. Laxatives and drugs just won’t do the trick. Standard medical thinking is, when drugs fail, something has to be cut out. The Kragen Method: the body is an automobile. Not a very holistic or long-term outlook, but it pays the bills. And it’s got quite a tradition. Usual result is that the scar tissue which forms after the surgery can soon form as much obstruction as the original undigested cement load.

For colon cancer, resection is routine. Cleansing is not even a medical option at that point. What they’ll never tell you is that one third of all colon resections for cancer end up in recurrence of the cancer later on. (Yamada p 1801)

Stands to reason: if you don’t remove the cause of the cancer in the first place – auto-intoxication – what’s to keep the cancer from returning?

The connection between Leaky Gut and Allergies

This should now be apparent. Allergy symptoms are one of the signs of autointoxication. Most allergies are food allergies, and Leaky Gut Syndrome is one mechanism and one explanation of that entire process: indigestible food, rotting in the gut, leaking into bloodstream, symptoms of allergy. When one cannot “find the cause” of the patient’s allergies, here is your culprit.

The colon should be seen as a life center of the body, and not as a sewer. Conserving water and minerals, creating a hospitable environment for the life-promoting probiotic bacteria, and providing an unobstructed path for waste elimination – these are indispensable functions of the colon, and should be the only goals of any treatment program.

Back in the 1920s Nobel Prize Laureate Dr. Alexis Carrel began his famous experiment in which he proved that living cells could be kept alive indefinitely by simply controlling the nutrients and waste removal in the surrounding solution. After 28 years, the original chicken liver cells were still alive in the petri dish, and Dr. Carrel’s point was proven. For living cells, there are two main requirements: proper nutrients, and unobstructed elimination of wastes. With a blocked colon, all the body’s cells suffer: autointoxication poisons the entire body, all its tissues, and all its organs. This can be the cause of practically any disease, especially those conditions listed in the pathology books as “cause unknown.” JH Tilden, MD actually went so far as to say that this type of chronic blood poisoning was the only disease. (Toxemia Explained - J.H. Tilden - Soil and Health Library)

That’s a brief overview of how the colon should work. For the majority of people, it doesn’t. Death  rates from colon cancer have been increasing since 1971. So the other side of the coin is that a clean, unblocked colon can dramatically boost the health of the entire body, allowing the body’s natural defenses to start defending. Disease cannot coexist in a healthy body.

Provided with the preceding information, what kind of shape do you think your colon is in? Impacted? Diagnosed pathology? Pregnant Buddha? Average functioning, but some cement layers suspected? Even the healthiest colons can benefit from periodic roto-rootering.

Colon hydrotherapy when performed by a licensed professional is more than just an enema. It has real value as a jumpstart to cleansing. To get weekly maintenance colonics may not allow the normal proliferation of the body’s own friendly bacteria, because they are always getting flushed out. But to INITIALLY get things moving in the person who has decided to detox and cleanse colonics can certainly be effective.   Be sure to replenish your gut flora after your colonic by inserting a probiotic into the anal passage (we use our natural sauerkraut juice) AND eat sauerkraut before and after each meal.

Spinal adjustment can have immediate and dramatic effects on colon pathology, especially with Spastic Colon. The nerve plexus through which the brain controls the action of the colon, those nerves exit the spinal cord in between the lumbar vertebrae. The nerves turn the colon ON and OFF. Any spasm is a blocked reflex arc: the OFF switch is stuck. Specific adjustment of the involved vertebra can break the stuck spasm reflex instantaneously, and restore normal function of the colon. No colon diagnosis should ignore this simple biomechanical approach.

Visceral massage by a trained therapist can certainly be temporarily beneficial.

You should eat something they usually don’t eat that will be easily identifiable when it comes out. Pistachios are a good example (all rubbish and mostly indigestible). You should simply note the time from when you eat the ‘marker’ to the time when you see them in your stools. That’s their transit time, or, at least of the matter that is not cemented to the colon walls.The intestinal wall muscles gradually become overstretched and weakened by the pressure of too much waste pushing against them, expanding outward, like blowing up a long thin balloon. Thus, peristalsis is further inhibited and blockage is again promoted.

Mucoid plaque blocks inflow and outflow, resulting in lack of nutrient, water, and electrolyte absorption, as well as retention of toxic putrefaction in balloon-like blocked out-pocketing’s of the intestine. In addition, pathogenic bacteria, parasites, and Candida thrive in the mucoid plaque layer and are actually protected by it from prescription or natural herbal remedies and efforts to remove them.

This method is simple, convenient and inexpensive.

Eat 1 cup of organic fresh/ frozen whole kernel corn with a meal and write down the time. Don’t eat corn again until the testing is over. You can also do this with beets, sesame seeds or charcoal tabs.
Observe your stool over the next 36 hours and write down the time you first see corn. If you ate corn with dinner at 6 PM and saw it in your stool at 8 AM, then you have a 14 hour transit time.

Slow
A slow transit time takes longer than 24 hours to pass food, which results in constipation, or small, hard, difficult-to-pass stool. Constipation is a sign food is sitting in your colon for too long, which can cause issues as waste, toxins, bile acids, and hormones that were meant to be eliminated are reabsorbed.

Fast
A fast transit time takes less than 12 hours to pass food, which results in diarrhea or soft, unformed stool that passes too quickly. Diarrhea can cause nutrient deficiencies and malabsorption.

Researchers refer to the mucoid plaque as a “culture medium” for these organisms. (Forstner)

Mucoid plaque is described as a natural response to an unnatural stimulus. It is a necessary protection the body produces to try and shield itself from poisons. Mucoid plaque is a product of the constant production of mucous by the glycocalyx lining cells, brought on by the modern diet of fake, empty, processed, chemical-laden, hormone-laced, antibiotic-soaked foods.

Many doctors have noted that when the plaque can be removed by a cleanse, remission from virtually any disease may result. Simple cause and effect.

Mucoid plaque has been definitely linked to gastric cancer by the simple mutation of the lining cells – metaplasia. (Sipponen, Filipe) Cell damage is caused by inflow/outflow blockage, and after a certain time, mutation occurs. Another mechanism is that the constant secretion of mucous captures the toxins, but since normal transit is blocked, the toxins become locked in one location, often for years, resulting in irritation and eventual cell mutation. The cells steep in their own wastes, month after month. 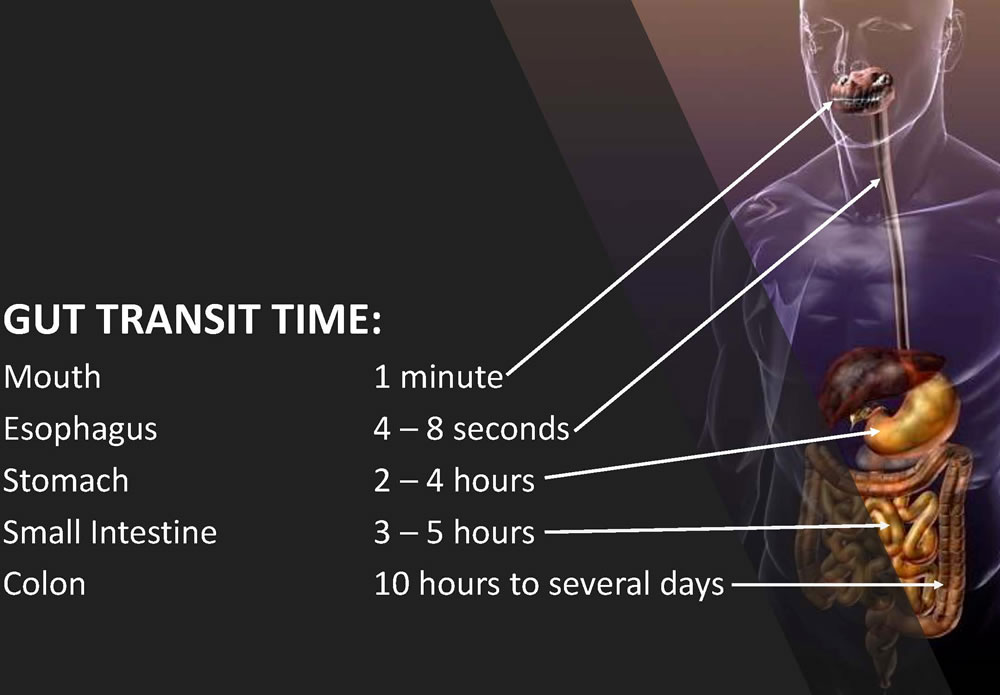