The Olive tree (Olea europaea L.) has been used for culinary purposes for millennia; and, perhaps for medicinal purposes nearly as long.  The leaves of the olive tree are utilized in traditional herbal medicine in many Mediterranean and European countries.  You can find olive leaves being made into products like extracts, powder, and in herbal teas.  And, yes, you can use olive leaf extracts for Candida infections.  Olive leaf extract (OLE) contains chemicals such as phenols and flavonoids.  The combination of the natural phytochemicals in OLE lends it the ability to put a stop to the growth of, and even kill Candida yeast.

This helpful extract, from the leaves of the olive tree, also can help reduce the symptomatology (all the various symptoms of a disorder) of Candida yeast syndrome. So, if you are one of the many in the segment of the population that struggles with systemic yeast overgrowth, taking this powerful extract can really start to lessen your discomfort.  Consequently, whether you have a localized--or more wide spread--yeast infection, this is one proven natural remedy that certainly assists in getting rid of this vexatious nuisance.

There are a lot of products available when it comes to choosing some form of OLE.  According to Lori Barrett, in her book Olive Leaf Extract: The Mediterranean Healing Herb, there are a lot of claims being made by product manufacturers.  Barrett states that you shouldn’t really worry about the levels of a certain chemical present in the extract (such as oleuropein); but, should just focus on getting an extract produced from whole olive leaves.  And, the Mediterranean is not the only place to find such products--as OLEs of good quality are made in other places; such as Australia and the United States.  A key quality Barret stresses to consider is how the extract will taste; as oleuropein has a bitter taste.

According to Jack Ritchason, N.D., in his book Olive Leaf Extract (published in 2000), there is more than just clinical research attesting to the power of OLE to treat fungal and Candida infections. Dr. Ritchason states that there is a host of individual case histories of people using this extract for similar purposes. Dr. Ritchason makes it clear that there are far too many personal accounts of patients using OLE, to overcome a fungal infection successfully, to ignore this extract’s capability. Additionally, aside from being a decent yeast fighting remedy, OLE has a wide array of other medicinal uses as well. These benefits include being a capable antiviral and antibacterial. This extract is known to be a broad spectrum antiviral and can help with the common cold, herpes, and many different types of influenza. You can use this extract, of course, with other natural remedies and help create a potently salubrious remedy that can prove itself a vital addition to a home medicine arsenal!

One scientific investigation, published in the scientific journal Molecules [12.5 (2007): 1153-1162], looked at the phenolic compounds of olive leaves and the anti-yeast activity of OLE.  The study tested OLE on Candida albicans, Candida neoformans, and other microbes.  Concerning the phenolic chemicals in OLE, the study found these included oleuropein, luteolin 7-O-glucoside, caffeic acid, verbascoside, apigenin 7-O-glucoside, rutin, and luteolin 4’-O-glucoside.  The most abundant of these phenolic compounds in the extract was oleuropein, with approximately 26471 mg / kg in the extract.  The next most abundant phenolic compound was  Luteolin 7-O-glucoside, with approximately 4209 mg / kg present in the OLE. The study also cited research that stated these compounds had previously been stated to occur in olive leaves.  The Candida and OLE were allowed to incubate (sit together) for 24 hours at 37°C while spinning in a container.

The study found that the growth rate of Candida albicans, without any OLE added, was stated as 0.40.  And, when 5 mg / mL was present, the growth rate of this same yeast went down to 0.12.  Candida neoformans, without OLE, had a growth rate of 0.18; and, in the presence of 5 mg / mL of OLE, the growth rate also dropped to 0.12.  Thus, this study does demonstrate that OLE has the ability to inhibit the development of Candida.  Concerning how this research’s OLE was derived, the study states that a powdered sample was extracted via boiling water.  The liquid was then froze, lyophilized and dissolved in water at a concentration of 50 mg / mL.  The authors propose the following concluding remarks regarding their results:

In conclusion, the data obtained in this study demonstrate that the use of olive leaves as nutraceuticals may lower the risk of microbial infections, particularly in the intestinal and respiratory tract, mainly due to the protective action provided by its phenolic compounds. The use of extracts is recommended to achieve health benefits due to the additive and synergistic effects of phytochemicals present in whole extract.  The chart alongside is from the study and relates the phenols present in the OLE the researchers created:

It is interesting to note that oleuropein, the most abundant phenolic compound in the 2007 Molecules study’s OLE, does not have any activity against Candida.  A study demonstrating this was published in Applied Microbiology [26.5 (1973): 777-782]. The study found that the several different types of yeast, one of which was Candida, were not inhibited at all in the presence of oleuropein. It is possible that certain flavonoids and phenols both arrest Candida development. The following quote was taken from the study and discusses oleuropein:

Neither oleuropein nor products of its hydrolysis were inhibitory to the yeast species tested. The tolerance of yeasts to these compounds might explain why yeasts predominated in brines of unheated olives which did not undergo lactic acid fermentation. Other reports also indicate that yeasts are more tolerant to olive constituents than bacteria.

Another study, published in Annals of Microbiology [56.4 (2006): 359-362], found that just a few micrograms of OLE per milliliter of solvent totally killed the Candida yeast it was tested on. The study found that about 30 mcg / mL of OLE would kill off Candida.  The study used ethanol, ethyl acetate, and acetone to dissolve the olive leaf material in to create their extracts.  So, this study demonstrates the efficacy of ethanol derived OLE against Candida. Additionally, another study, published in the journal Mycoses [46.3?4 (2003): 132-136], also demonstrates the ability of OLE to terminate the most vigorous pathogen in the Candida genus: Candida albicans. The researchers found that a 15% concentration of OLE would totally kill Candida albicans after 24 hours of incubation.  The researchers created their OLE by using water--not an alcohol.  So this should give you some idea of how homemade OLE made with water will work to get rid of a yeast infection.  The study also found that a 0.6% concentration of OLE would kill almost all the bacteria it was tested on in just 3 hours; demonstrating the antibacterial efficacy of this natural remedy.

Another study sought to see how well a commercial olive leaf extract would affect a comprehensive set of 122 microbes.  Among these microbes were three species of Candida; these species were Candida albicans, Candida parapsilosis, and Candida glabrata.  The study was published in the International Journal of Antimicrobial Agents [33.5 (2009): 461-463].  Concerning the olive leaf extract, as mentioned, it was a common commercial extract called ‘High Strength Olive Leaf Extract’ (natural flavour)--produced by Olive Leaf Australia.  This extract was procured from a local health food market and was created in accordance with the Australian Code of Good Manufacturing Practice (AUST. L 108980).  This OLE product’s minimum oleuropein content was guaranteed to be at least 4.4 mg / mL.  The study found that the minimum inhibitory concentration; i.e., the lowest concentration required to inhibit growth; for all the species of Candida was near 50% v/v (which means that half of the total volume was comprised of OLE--more on volume to volume ratios here).  And, perhaps most importantly, the minimum concentration that killed the species of Candida was no less than 50% v/v and could be more than this 50% OLE concentration.

The study did reference an aforementioned study discussed in this overall delineation, this is the study presented in Molecules [12.5 (2007): 1153-1162], and stated that this Molecules study found Candida albicans was among one of the most susceptible organisms to OLE.  This is in seeming opposition to the results the authors found; i.e., requiring near 50% v/v concentrations of OLE to inhibit Candida growth.  The authors stated that although there were some similarities between the current study and previous studies, the majority of results were different.  The authors of this study state that one potential reason for the discrepancy could be the manufacturing process of the OLE used.  Previous studies had used powdered olive leaves that were then boiled or autoclaved as a source for the extract.  This study used fresh leaves as the origin of the OLE utilized.  Thus, you may do very well to avoid any OLE derived from fresh olive leaves that has not been further processed by boiling or autoclaving.

Concerning the the destruction of Candida, there are two studies that both prove that OLE can kill off Candida. Yes, these two research journal papers both positively concur that OLE is able to kill Candida. The two studies that validate this were published in Current Medical Mycology [1.4 (2015): 37-39] and Mycoses [46.3?4 (2003): 132-136]. The studies thoroughly validate the yeast killing power of OLE. But, remember, different types of OLE may yield their own distinct, less Candicidal results. Also, the in vivo action (when OLE is used internally) of this remedy may be more than just killing yeast cells--due to the ability of OLE to support the correct operation of immune system activity.

Olive leaves have been used in traditional medicine in the Mediterranean region for some time.  Studies conducted on animals seem to suggest that olive leaves can ameliorate certain human health conditions; such as: hyperlipidemia, diabetes, hypertension, and various cardiovascular diseases.  Since OLE does possess some degree of antioxidant capability; such health benefits could be a result of this trait.  Although oleuropein is not active against Candida, it may play an important role in giving OLE its potential medicinal value.  A study giving a fairly thorough overview of the possible health benefits of OLE was published in Nutrition Reviews [67.11 (2009): 632-638].  The authors of the study concluded that more research into the bioactivity of OLE chemical constituents and proper dosage techniques were necessary at the time of the study’s publishing.

Dr. Morton Walker, in his book Olive Leaf Extract, explains some of the many therapeutic benefits that can result from taking OLE capsules on a daily basis:

The University of Maryland Medical Center recommends taking a standardized olive leaf extract (Olea europaea) of 250 to 500 mg, 1 to 3 times per day, for treating fungal infections and immunity.  They also suggest using teas made from olive leaves.  Olive leaf can lower your blood pressure and blood sugar levels.  So if you have high blood pressure or diabetes, you may want to run the idea of taking this natural remedy by your physician before you start taking it internally.

For topical use, you may want to use something similar to what the aforementioned studies used. Remember one study found 30 mcg / mL (alcohol derived) of OLE killed Candida.  Another study found 5 mg / mL (water derived) drastically reduced Candida growth.  For total termination of the yeast, you should try to use over 10 mg / mL concentrations of water derived OLE when you use it topically; with the obvious caveat: only if it is safe regarding your specific situation.  Try mixing it into honey or coconut oil for an even more effective cure.  Also, add in some antifungal herbs or essential oils if you have them; this should really supercharge your natural treatment! 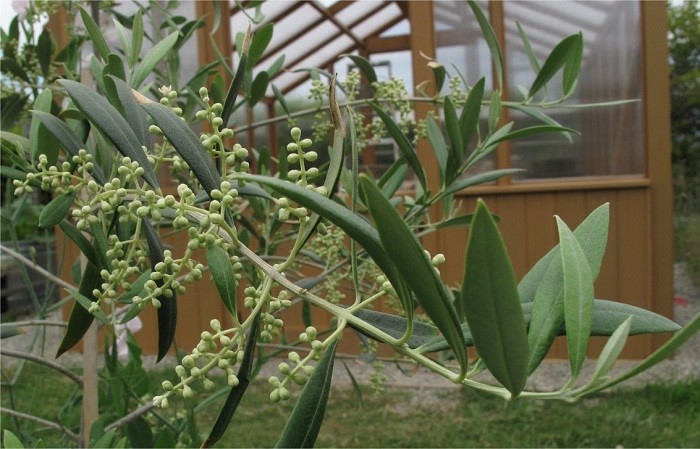 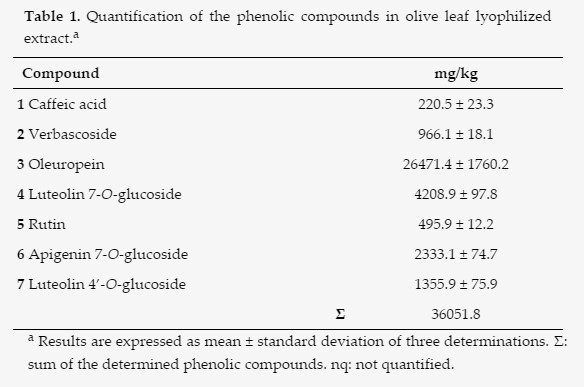