Grapefruit seed extract (GSE) can be a totally natural remedy for Candida infections, and many different bacterial infections.  Yet, many GSE products will contain synthetic chemicals and are not totally natural.  Research has demonstrated that pure unadulterated GSE does possess powerful antifungal efficacy.  So, if you are not averse to using something with some artificial chemical additives, you will probably find that it will work well to clear up a yeast infection.  But, even if you don’t want all the synthetic extras adulterating your GSE, you might be able to locate a pure form of this natural remedy.  If the ingredients and constituents of a particular GSE product are stated explicitly, it is probably likely that you’ll be able to determine the purity of such a product.  Yet, as we state later, there are a host of other natural remedies to choose from even if you opt to not use GSE for your thrush problems!

If you are looking to take liquid GSE orally, you may want to reconsider your choice.  In order to be effective you should be taking at a minimum of 4 drops of liquid GSE in about 200mL of water three times a day.  Liquid GSE will taste bitter and unpleasant, so upping that dosage may be very undesirable.  Fortunately, you can take GSE in a pill form; probably a lot more easy to do as you won’t taste it!  For oral dosage of pills, try taking at least a 150 mg GSE pill 3 times a day.

For topical application you can put several drops of liquid GSE into coconut oil or honey to use directly on the skin or in the vagina.  It would be a great idea to add some powdered cinnamon to the mixture as well (cinnamon powder is antifungal and will help halt a Candida infection).  You can also add GSE to some apple cider vinegar for a vaginal douche.  The acidifying of the vagina coupled with the antifungal ability of GSE should make a powerful combination.

As research and many others will tell you, GSE is frequently adulterated with synthetic chemicals.  These chemicals may make the regular GSE product unsuitable to use inside an infant's mouth for thrush or on other sensitive areas of a baby's body.  You’d be better off using some honey, coconut oil, cinnamon, and garlic with babies.  These are all foods and therefore are super safe.  And, these foods are all very effective natural remedies for yeast infections (thrush).  So take care before you use a GSE product on your baby; it would probably be best to avoid GSE for infants due to the added chemicals present in said products.

As already stated, it is common for GSE to contain artificial chemicals.  One study sought to determine the prevalence of synthetic preservatives in GSE products.  The study was published in the Journal of Agricultural and Food Chemistry [54.11 (2006): 3768-3772].  The researchers found that 7 out of 9 GSE products contained artificial chemicals.  According to the researchers in this study, “The samples either contained benzethonium chloride (2.5−176.9 mg/mL) or benzalkonium chloride (138.2−236.3 mg/mL), together with smaller amounts of 4-hydroxybenzoic acid esters, benzoic acid, and salicylic acid.”

One study, published in Acta Pharmaceutica [54.3 (2004): 243-250], stated that some research had shown that the antimicrobial efficacy of GSE was due to artificial preservatives added to some GSE products.  The study related prior findings that GSE products frequently contained artificial agents, such as methyl parabene, benzethonium chloride, and triclosan.  The study also reported that some research done on GSE that did not contain these or similar artificial chemicals showed no activity against fungi or bacteria.  So, in an effort to finally determine if natural GSE without artificial chemicals would inhibit bacteria and fungi, the researchers created their own natural GSE and tested it against various bacteria and fungi.  The researchers used dry grapefruit pulp and seeds in a 4 to 1 ratio and dissolved it in ethanol until 33% of the mass of the mixture’s total volume was comprised of the grapefruit material (33% m / V).

The researchers tested out their self made GSE on 20 bacterial strains and 10 yeast strains.  The study found that all the Gram positive bacteria could be inhibited by their GSE; and, none of the Gram negative bacteria were inhibited by their GSE.  Concerning the yeast--the heart of the issue--four different species were used in the tests: Candida albicans (3 strains), Candida krusei (2 strains), Candida tropicalis (2 strains), and Candida parapsilosis (1 strain).  The study found that 16.5% concentrations of GSE stopped the growth of all the Candida strains.  So, this study shows that unadulterated GSE is a very viable, potent inhibitor of many different types of Candida.  The researchers in the study had these concluding remarks concerning the findings of their scientific investigation into GSE:

It has been established that the fully natural ethanolic extract of grapefruit seeds and pulp affects the tested bacteria and yeasts remarkably, but exerts less antimicrobial efficacy compared to some commercial preparations reported in the literature. These differences may be partly caused by the differences in the contents of polyphenols, especially flavonoids. This allows the conclusion that antibacterial and antifungal properties of commercially available products should not necessarily be the consequence only of the presence of synthetic preservative agents, as some authors claim.

Another study, conducted by the Biological Sciences Department of California Polytechnic State Institute in 2005, analyzed how several natural treatments for Candida albicans compared to antifungal drugs commonly used for this condition.  Among these natural remedies tested was GSE.  The type of GSE extract used was a liquid concentrate and it was diluted in water to arrive at the final concentrations utilized by the researchers.  The researchers found that GSE performed about as well against Candida as the drug miconazole (miconazole is the active ingredient in Monistat products).  A concentration of 100 - 120 mcg / mL of GSE and miconazole demonstrated similar inhibitory power against Candida albicans.

Yet another study, published in the Journal of Orthomolecular Medicine [5.155 (1990): 8], relates the effects GSE demonstrated in vitro (external, in glass) and in vivo (in the living).  The study was done on 25 consenting patients who all suffered from atopic eczema.  Of these 25 patients, 14 of them experienced digestive dysfunction after eating high carbohydrate meals.  The study also found that the patient's fecal matter was also showing signs of dysbiosis in the intestines; as there was an elevated number of certain bacteria and Candida yeast in their fecal matter.  These findings are also generally associated with dramatically reduced counts of lactic acid producing bacteria in the digestive system.  The study found that when tested in vitro, GSE had a powerful ability to stop Candida yeast, moulds, and other bacteria.  The study reported that GSE worked similarly to the way 30 powerful antibiotic drugs and 18 powerful antifungal drugs worked.  Thus, the researchers stated that GSE is certainly an efficacious antibacterial and antifungal.  The chart below was taken from the study and shows how well various concentrations of ParaMicrocidin (a commercially available GSE product) worked at inhibiting these microbes.

The study found that by placing patients on a regimen of 150 mg GSE doses three times daily for four weeks also significantly reduced the amount of Candida present in the fecal matter.  This clearly indicates that taking daily doses of GSE will help to rid the gut of pathogenic yeast.  Over the four week duration of treatment with ParaMicrocidin GSE, no adverse side effects were reported.  Overall the study shows that GSE is a safe, effective treatment for yeast infections.  Additionally, the United States FDA has given GSE GRAS certification (Generally Regarded as Safe), and states there are no known side effects to using reasonable dosages of this item (UC Davis Study).

As one of the studies pointed out, and as the internet will reveal, there are often artificial chemicals added to GSE.  One of the major chemicals GSE products contain is benzethonium chloride, which is sometimes sneakily named as diphenol hydroxybenzene; the two compounds are the same thing.  Benzethonium chloride is found in cosmetics, toiletries, and household cleaners.  You may not want to use GSE products as they are made using an intense chemical process and contain synthetic chemicals.  It is going to be very difficult to prepare your own GSE, you’d probably be better off choosing another treatment.  There are a lot of other very powerful alternatives to GSE that will work powerfully and contain no strange artificial chemicals.  Things like herbs and essential oils can be used to naturally treat Candida infections.  So, don’t feel like you have nowhere to turn if you're concerned about the chemicals in GSE.  Just take some time, if you have it, to learn a bit about some other natural remedies for Candida. 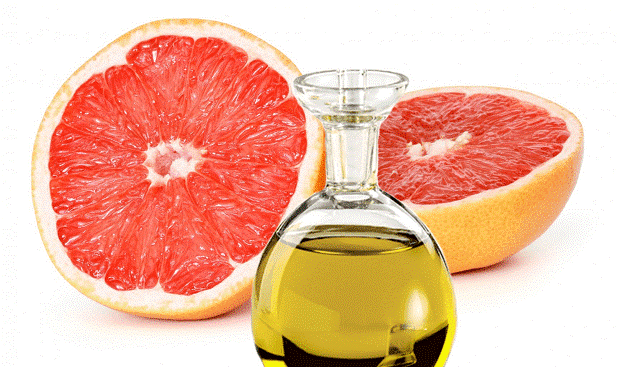