DBM Comment: For more information on Cancer and Chemotherapy – see You Should Know.

Your Cancer Diagnosis, What to Do:

Read it on PageFlip or download the PDF here.

Read it on PageFlip or download the PDF here.

First, regarding the type of cancer, here is a list of cancers and a corresponding treating specialist or specialist (the ‘type’ of treatment will be listed in parenthesis—Cancer treatment may require Chemotherapy, Surgery and/or Radiation Therapy):

The final medical point on treatment is that the goal is to ‘kill’ or remove the cancerous cells.  Chemotherapy and Radiation Therapy kill cancer cells and Surgery removes cancer cells.

The major side effect of Chemotherapy is that in addition to killing the cancer cells, it also often kills good cells too—cells that typically reproduce within the body: cells related to hair growth and the digestive system tend to be the most affected. This is why some people will lose their hair during chemo and often have nausea, vomiting, diarrhoea and weight loss.

DBM Comment: The problems with chemotherapy are many see: You Should Know: Chemotherapy

Also kills cells that are next to the cancer cells that are being ‘zapped’ by the radiation. People can then experience side effects from losing those healthy cells—for example radiation therapy for prostate cancer can result in incontinence and impotence.

DBM Comment: The problems with radiation therapy are many see: You Should Know: Radiation

can have a whole host of side effects related to the risk of the procedure (e.g. post-operative infection, bleeding, etc) or related to the removal of the tumour and surrounding tissue (e.g. the need for possible breast reconstructive surgery or chronic diarrhea from removal of a segment of the colon in colon cancer).

DBM Comment:  Whilst obviously killing the cells is important, we do not regard the tumour which mainstream medicine feels needs to be surgically removed, as the problem.  The tumour is but a SYMPTOM of the disease.  To successfully remove cancer, one has to get to the root cause and work from there.

There are some cancers that are much more ‘treatable’ than others. Breast Cancer is often highly treatable. Certain types of Leukemia and Lymphoma are often highly treatable.  Other cancer are very difficult to treat. Pancreatic cancer has historically been very hard to treat. Certain brain cancers have historically been very hard to treat.

The Stage at which the cancer is identified also impacts how ‘treatable’ it is. Stage 1 cancer is usually much more treatable than Stage 4 cancer (with varying degrees for Stage 2 and 3 in between).

The ‘Performance Status’ of the patient affects how well they will be able to handle the chemo, surgery and radiation. An otherwise healthy person has the best functional status and will likely have a better outcome than someone who is unable to walk or care for themselves—either because of the cancer or because of other underlying medical conditions (e.g. diabetes, cardiovascular disease, etc.). There is an actual numerical scale: 0 = Asymptomatic and Fully Active; 4 = Bedbound and Completely Disabled with 1, 2 and 3 in between.

Once the cancer is initially no longer detectable, it is said to be in Remission. That does not mean that all the cancer is ‘gone’ necessarily. There could still be microscopic amounts of cancer left that are just undetectable, which is why ongoing surveillance and scanning may be necessary to determine if there is Recurrence. Depending on the cancer, after a certain amount of time in Remission, the cancer is then said to be ‘Cured.’ That distinction is based on recurrences in other patients in the past. In some cancers, recurrence could happen after 5, 10 even 15 years of remission.

In other cancers, Hodgkin’s Lymphoma for example, after some people have been treated and are in remission, then the cancer has Never Returned for the rest of their lives.

The body produces 2 billion new cells every day. At the same rate, 2 billion cells die every day. When there is abnormal cell division (that is unequal rate of cellular death vs regeneration or the other way around), it is considered to be a form of cancer. At any given moment, there are 750 000 active cancer cells in the body, which are kept in check by the immune system.

Cancers are named for the organ or type of cell in which they start. Cancer cells may spread to other tissues and organs known as metastasis. When the mitochondrial respiration of a cell is damaged or changed due to the metabolic changes in the environment of the cell, it may affect the DNA expression away from normal cell division. Such damage or change is mostly caused by the terrain surrounding the cell which is affected by the exposure to external toxins (foods grown in pesticides, antibiotics, fertilizers, genetically modified foods, inhalation of polluted air, chemicals in cosmetics onto the skin) or endotoxins (chemicals/hormones produced in the body from stress, negative emotions, etc). Addressing the diseased internal terrain of the cell is how the metabolic behaviour can be corrected and cancer reversed. 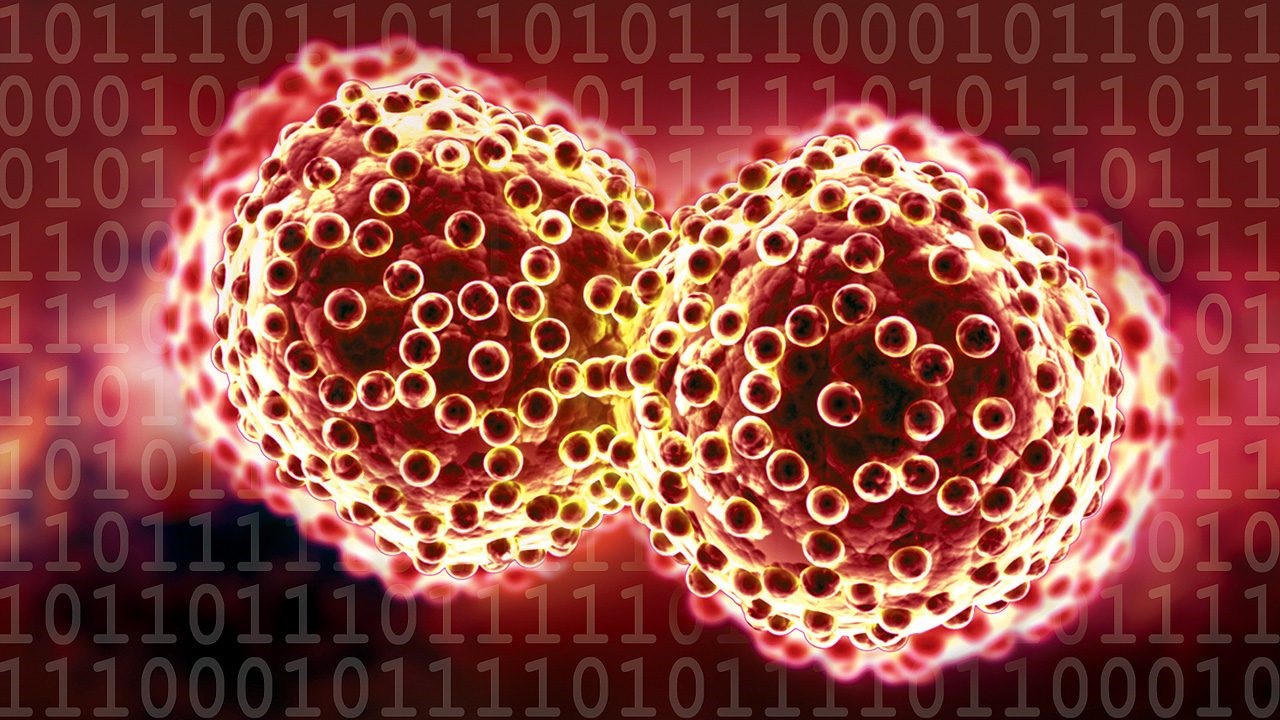