How Does The Body Make Electricity and How Does It Use It?

Let's look at the role of electricity in the body and find out how we generate it in the first place.

The starting point is simple: Right now, any cells in your body that aren’t actively sending messages are slightly negatively charged. It gets interesting from there.

Negativity is the natural resting state of your cells. It's related to a slight imbalance between potassium and sodium ions inside and outside the cell, and this imbalance sets the stage for your electrical capacity.

Your cell membranes practice a trick often referred to as the sodium-potassium gate. It's a very complex mechanism, but the simple explanation of these gates, and how they generate electrical charges, goes like this:

At rest, your cells have more potassium ions inside than sodium ions, and there are more sodium ions outside the cell. Potassium ions are negative, so the inside of a cell has a slightly negative charge. Sodium ions are positive, so the area immediately outside the cell membrane is positive. There isn't a strong enough charge difference to generate electricity, though, in this resting state.

When the body needs to send a message from one point to another, it opens the gate. When the membrane gate opens, sodium and potassium ions move freely into and out of the cell. Negatively charged potassium ions leave the cell, attracted to the positivity outside the membrane, and positively charged sodium ions enter it, moving toward the negative charge. The result is a switch in the concentrations of the two types of ions -- and rapid switch in charge. It's kind of like switching between a 1 and 0 -- this flip between positive and negative generates an electrical impulse. This impulse triggers the gate on the next cell to open, creating another charge, and so on. In this way, an electrical impulse moves from a nerve in your stubbed toe to the part of your brain that senses pain.

It's also how the SA node tells your heart muscles to contract, how your eyes tell your brain that what they just saw is the word "brain," and how you are comprehending this article at all.

Since everything relies on these electrical signals, any breakdown in your body's electrical system is a real problem. When you get an electric shock, it interrupts the normal operation of the system, sort of like a power surge. A shock at the lightning level can cause your body to stop. The electrical process doesn't work anymore -- it's fried. There are also less dramatic problems, like an SA node misfire that causes a heart palpitation (an extra heartbeat), or a lack of blood flow to the heart that upsets the pacemaker and causes other parts of the heart to start sending out impulses. This is sometimes what causes someone to die from coronary artery disease, or narrowing of the arteries. If the heart is constantly being told to contract, it never gets in a full contraction, and it can't get enough blood to the rest of body, leading to oxygen deprivation and a possible heart attack or stroke.

With so much electricity jumping around, it may seem like the body is a really great power source. But could human beings really power the Matrix? Probably not. A human body can only generate between 10 and 100 millivolts [source: NanoMedicine]. A cathode ray tube requires about 25,000 volts to create a picture on a TV [source: Physics Factbook]. If the machines could gather millions of electric eels, on the other hand, they'd be well juiced up. A single eel can produce in the area of 600 volts [source: Physics Factbook]. 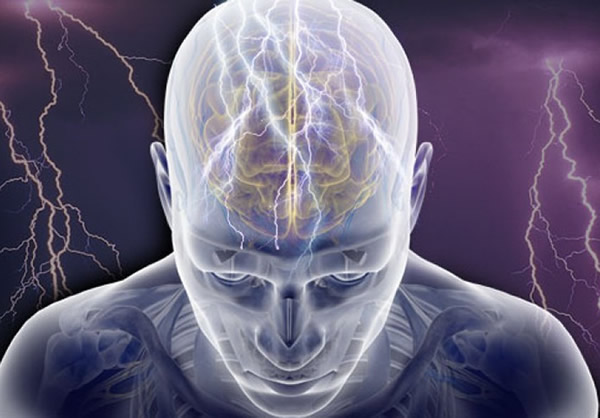