An accurate evaluation of the trace minerals and elements in the chelated structure of fulvic acid is complicated by the fact that no scientific attempts to identify its molecular structure have succeeded to date. It is known that fulvic acid is a substance that is continuously formed by microbes from decaying plant and animal matter. Many of the beneficial effects of fulvic acid to plants and animals are also know and the list is increasing dramatically. Still only the microbes who formed fulvic acid know how to make it and how it is structured. Every human attempt to either duplicate it or unmask its structure has failed.

Though fulvic acid is usually found having a molecular weight of less than 700, it is capable of complexing or chelating 2 to 6 times more metals than other higher molecular weight complexing agents.  Russian scientists conducted some comparative studies on weathering which involved the chelation of inorganic minerals into the fulvic acid complex. The fulvic acid was brought to a neutral solution by the 100th day of the testing but continued to actively chelate through 200 days. Another 200-days were added to the experiment and the chelating action still continued. The experiment was concluded without knowing how long the action would continue.

It is known also that fulvic acid is readily admitted into living cells. This may be in part to its low molecular weight, its electrical potential, its bio-transporting ability or factors yet to be discovered. It is known however that once inside the living cell it participates in selective trading or supply of minerals and other nutrient factors inside the cell. In addition to supplying essential nutrients to the cell it has been shown that the fulvic acid can chelate toxins reducing them to a harmless state. The fulvic and humic acids are effective in neutralizing such a wide range of toxic materials from heavy metals, radioactive waste, petro-chemicals and industrial waste that tests are soon to be conducted on a new system designed to compost land fill refuse using the fulvic and humic acids to safely render all toxins harmless. On the cellular level fulvic acid is superior for neutralizing toxins, heavy metals and other harmful substances and carrying these intruders out of the body

Having established the ability of fulvic acid to chelate or complex with minerals and other micro-nutrients, and its ability to carry these factors into the cells while picking up harmful substances in exchange for safe disposal out of the cell, let us now turn to the challenge of finding out what the fulvic acid had chelated with. Reports from a distributor of a mineral solution which contained an unknown amount of fulvic acid revealed that conventional Mass spectrometer (“Mass spec”) tests submitted to several laboratories resulted in large variations for the same samples of the material. The variances in the total minerals shown were from under 40 to over 50 and this on the same sample. The variance in the amounts of each mineral present in the analysis ran from 50% to 60% difference in detected amounts. These kinds of results were of no value at all. This experience is not unusual with any conventional testing of fulvic or humic acid. Whether one used Mass Spec, Atomic Absorption, Fire Assay or other conventional detection approaches to find out what is complexed into these natural organic acids, and in what specific amounts, you will never come up with a uniform result. There are obvious factors in both the fulvic and humic acid complexes which at times mask elements from view and at other times show such high readings as to be totally out of reason. The key to unlock this riddle is yet to be discovered or announce to the scientific community. It may be reasonable to assume that this discovery will appear upon the heels of the discovery of the molecular structure of fulvic and humic acids.

According to Szaloy, radioactive elements react with humic substances and require only a brief time until equilibrium is reached.  F.W. Pauli stated that the solubility, migration, and accumulation of uranium are influenced by humic and fulvic acids. The fuel discharged from the light water reactors is contaminated with substantial amounts of plutonium and uranium. These ions react with humic compounds at a much more rapid rate than do copper, nickel, lead, or cadmium ions.

Pillai and Mathew agreed that it would not be unrealistic to presume that the geochemical behavior of plutonium and uranium is influenced by humic substances. They reported the presence of plutonium in purified organic material extracted from coastal sediments and indicated the possibility of the accumulation of plutonium on organic surfaces because the concentration of plutonium increased over time. As they confirmed that the organic matter solubilized the plutonium, they discovered that the addition of organic matter inhibited the hydrolysis and precipitation of the added plutonium. It was further reported that this scenario duplicates the action with uranium and other radioactive elements.

Rashid stated that nuclear reactor wastes contain unused uranium, the basic fuel, and long-lived fission product nuclides and actinides, including plutonium, strontium-90, zirconium-95, iodine-129, cesium-137 and cesium 135, all in abundance. Activated metals such as cobalt-60, iron-59, and manganese-54 also are present in reactor waste. He states that the basic reactions of these materials with humic substances are parallel to those of other transition and trace metals.

“Radioactive elements have an affinity for humic and fulvic acids. They form organo-metal complexes of different adsorptive stability and solubility. Uranuim and plutonium are influenced by humic substances as are other polluting metals, each being solubilized and absorbed, thereby annihilating that specific radioactivity.” 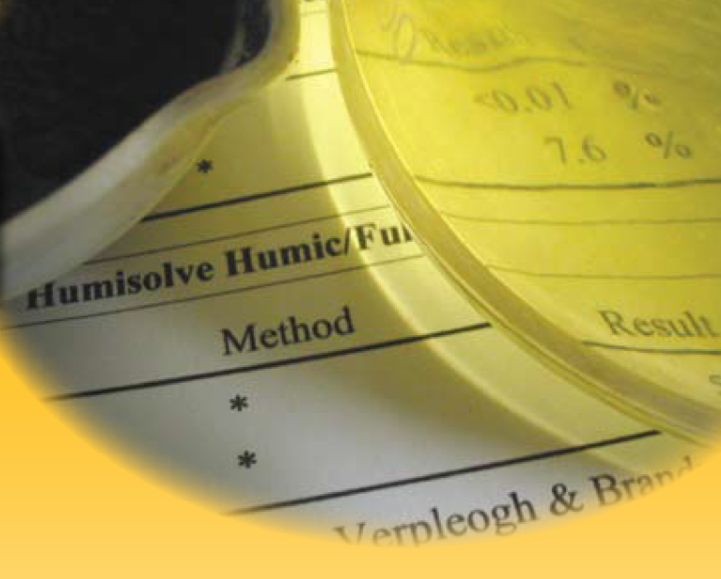