The sole species in the genus Cnicus, is a thistle-like plant in the family Asteraceae, native to the Mediterranean region, from Portugal north to southern France and east to Iran. It is also sometimes called Cursed Thistle. It is an annual plant growing to 60 cm tall, with leathery, hairy leaves up to 30 cm long and 8 cm broad, with small spines on the margins. The flowers are yellow, produced in a dense flower head (capitulum) 3-4 cm diameter, surrounded by numerous spiny basal bracts.

The related genus Notobasis is included in Cnicus by some botanists; it differs in slender, much spinier leaves, and purple flowers. Blessed thistle is native to North Africa, southern Europe, and western Asia. It grows most often in stony, uncultivated places. It is an annual, growing about 0.7 m in height, with pale yellow, prickly flowers. The whole plant is covered with down.

The leaves yield, upon analysis, an amorphous, brownish-yellow, bitter principle, resin, a fixed oil, gum, sugar, albumen, some salts, etc. The bitter principle was discovered, in 1839, by Nativelle and by him named cnicin (C42H56O15, Scribe), and is supposed to be the active constituent of the plant. It crystallizes in transparent white needles, which have a bitter taste, are odorless, neutral, unaffected by the atmosphere, are fused and decomposed by heat, slightly soluble in cold, but more so in boiling water, sparingly soluble in ether, but readily in alcohol. Chemically it approaches salicin. Vomiting is produced by it in doses of 5 or 6 grains; 7 or 8-grain doses have proved beneficial in periodical fevers (see Chem. Gaz., Vol. II, p. 462).

It has sometimes been used as an herb to promote lactation. The crude drug contains about 0.2% cnicin.

It is a component in Bitters formulas, which are used to treat digestive issues.

Because of its irritating effect, blessed thistle is contraindicated in gastric ulcer or in inflammatory bowel conditions such as Crohns disease.

Blessed thistle should not be used in pregnancy. No evidence exists to support the efficacy of its common use to promote lactation.

People sensitive to the sesquiterpene lactones of other asteraceous plants should use blessed thistle with caution. Blessed thistle extract was strongly sensitizing in a study of 12 species in the family Asteraceae.

At high single doses (5 to 6 g) blessed thistle is known to be emetic.

Cnicin is strongly irritating upon intraperitoneal injection. Because of this irritating effect, blessed thistle is contraindicated in gastric ulcer or in inflammatory bowel conditions such as Crohns disease. At high doses (5 to 6 g), blessed thistle is known to be emetic. The oral median lethal dose for cnicin in mice was 1.6 to 3.2 mmol/kg.

The plant was widely cultivated in the Middle Ages in Europe. Its medicinal use was mentioned by Shakespeare in his play Much Ado About Nothing and was prominent in many of the herbals of the period. It was thought to be useful in treating plague; however, its main uses were for digestive complaints, gout, fever, and headache. Blessed thistle also was recommended as an emmenagogue, galactogogue, and abortifacient. The dried leaves, stems, and flowers are used medicinally. It is used in flavoring Benedictine liqueur and has GRAS (generally recognized as safe) status for alcoholic beverage use only. Blessed thistle has been used as a secondary component of the polyherbal alternative cancer treatment Flor-Essence (Flora Manufacturing and Distributing, Inc.). It is available as a single herb and in homeopathic preparations. Blessed thistle was approved by the German Commission E for treatment of dyspepsia and loss of appetite.

A cold infusion is tonic; a warm infusion diaphoretic and emmenagogue; and, if strong, emetic. Used as a tonic in loss of appetite, dyspepsia, and intermittent diseases. This infusion is also valuable in the forming stage of febrile and inflammatory infections. Colds may be broken up with it, and it acts well in menstrual suppression from cold. Dose of the powder, from 10 to 60 grains; of the infusion, 2 fluid ounces; specific cnicus benedictus, 5 to 10 drops, every 4 hours. 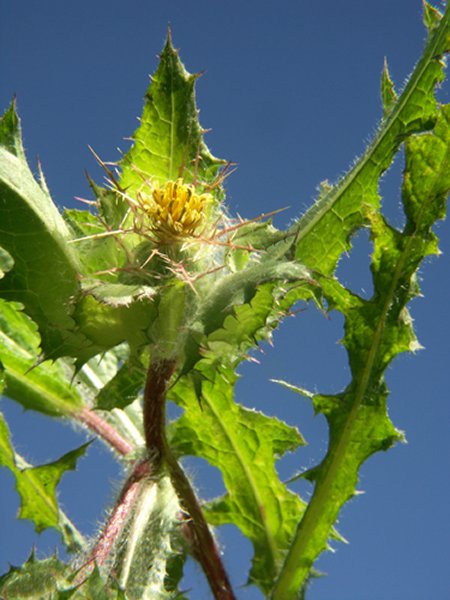 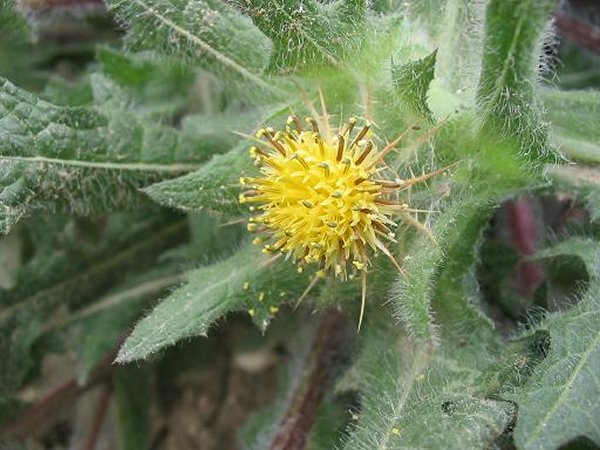