This article is copyrighted by GreenMedInfo LLC, 2016

There are words you don't use in medicine today, such as "cure." But a remarkable case study in an HIV positive patient treated with black seed extract resulted in a sustained remission, indicating a safe, accessible and affordable alternative to highly toxic antiretroviral HIV drugs may already exist.

Nigella Sativa, also known as 'black seed,' has been studied for a wide rage of health benefits, but not until recently was it discovered to hold promise as a curative agent against potentially lethal viral infections, including Hepatitis C [i] and now HIV.

A remarkable case study published in August of this year in the African Journal of Traditional, Complementary, and Alternative Medicine described an HIV patient who after undergoing treatment with a black seed extract experienced a complete recovery, with no detectable HIV virus or antibodies against HIV in their blood serum, both during and long after the therapy ended. [ii]

This was a remarkable and unexpected observation, described by the researchers as follows:

"Nigella sativa had been documented to possess many therapeutic functions in medicine but the least expected is sero-reversion in HIV infection which is very rare despite extensive therapy with highly active anti-retroviral therapy (HAART). " [emphasis added]

Despite its commonplace use as the standard of care for HIV treatment globally, anti-retroviral therapy remains highly controversial, in part because the adverse health effects of the drug class may outstrip those associated with the HIV infection itself.  This is especially true in cases where the infection was treated 'early,' having been discovered through routine blood work in asymptomatic and otherwise still healthy patients. Drug therapy can also produce selective pressure on the HIV virus to mutate and gain resistance, with the net effect that a stronger, more drug-resistant form of HIV is produced in the body at the same time that the drugs have done severe and even irreversible damage to the patient's immune system.  Sadly, however, the decline and ultimate death of the patient is rarely if ever attributed to the treatment (and its many iatrogenic effects) but rather to the "disease" itself – a well-known problem in our failed 'war against cancer' where the victim (patient) and the 'the cancer' gets blamed for the incessant failure and even disease-promoting properties of chemotherapy, radiation and surgery.

This is all the more reason why the possibility that an ancient healing food like black seed -- which the research shows is generally safe, affordable and accessible -- can cure HIV is so exciting.

At the outset of the study, the patient presented with classical symptoms of symptomatic HIV infection, "with [a] history of chronic fever, diarrhoea, weight loss and multiple papular pruritic lesions of 3 months duration." Examination identified moderate weight loss, with laboratory confirmed tests showing 'sero-positivity' to HIV infection with a "pre-treatment viral (HIV-RNA) load and CD4 count of 27,000 copies/ml and CD4 count of 250 cells/ mm(3) respectively."

CD4 cells are essential for the adaptive immune response in the body against a wide range of opportunistic infections and is the primary target of HIV infection. CD4 cell count and status therefore represent a primary diagnostic marker for the severity of HIV infection and the patient's prognosis.

The patient was administered a black seed concoction of 10 mls twice daily for 6 months, resulting in a rapid improvement in symptoms, and significant reductions in viral load:

By the 187th day on black seed therapy, testing indicating the blood was entirely cleared of signs of infection, a so-called 'sero-negative status'. The post-therapy CD4 counts increased from baseline to a normalized 650cells/ mm(3) with an undetectable viral (HIV-RNA) load.

Follow up tests revealed that even after 24 months without herbal therapy the patient's HIV tests remained normal, without any indication of infection or associated immune suppression.

"This case report reflects the fact that there are possible therapeutic agents in Nigella sativa that may effectively control HIV infection."

Black seed is only one plant ally in the vast array of natural compounds with experimentally confirmed anti-HIV properties. GreenMedInfo.com's database contains research on natural substances capable of reducing antiretroviral drug toxicity, as well as that directly inhibit the replication of the HIV virus. 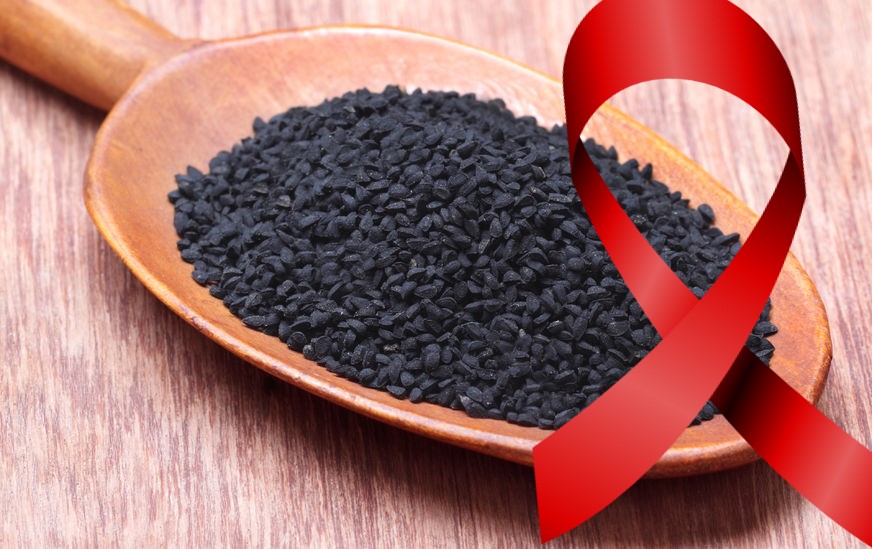